A Washington Nationals Thanksgiving of Thanks!

Posted on November 24, 2021 by ArVaFan aka Laura Peebles 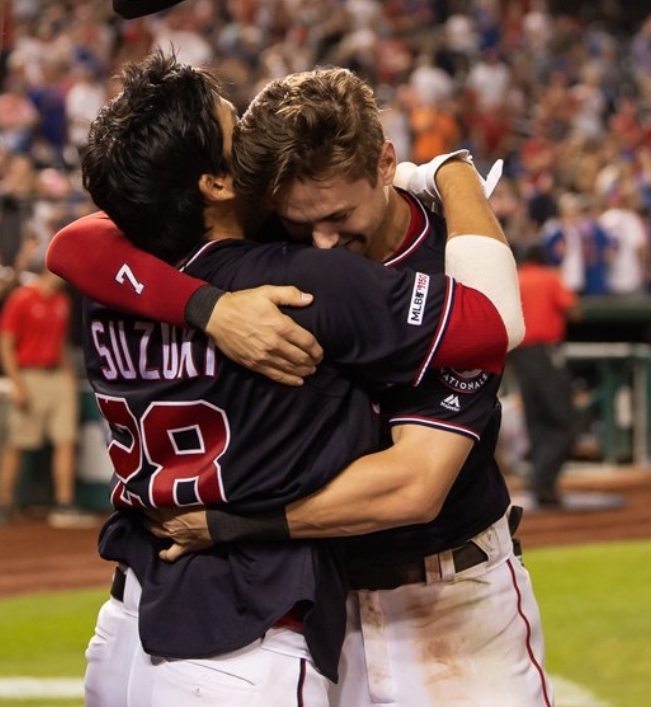 Ryan Zimmerman—that the Nationals’ last 2021 game was at home, so if that was goodbye, it was a proper sendoff.

Juan Soto—that Mike Rizzo hates watching losing baseball more than almost anyone on the planet, so Juan’s not going to turn into the East Coast version of Mike Trout.

Stephen Strasburg—that he had the foresight to request that contract extension.

Patrick Corbin—that whatever is causing his lack of effectiveness started after Game Seven.

Lane Thomas—that when opportunity knocked, it turned out to be the door to the Nats centerfield.

Aaron Barrett—that however his life turns out, he’s probably the only 0.2 WAR pitcher with a movie about him.

Josiah Gray—that a timely trade gave him an opportunity he wouldn’t have gotten on the West Coast.

Riley Adams—that he’s was worth more 2021 WAR than who Rizzo gave up to get him (yes, that’s Rizz chuckling in the background).

Gerardo Parra—that Davey Martinez put him in the last home game for the Nationals so the fans could have one last Baby Shark moment with him.

Josh Bell—that he recovered his form after his COVID-19 forced hiatus.

Josh Rogers—that when opportunity presented itself, he was able to take advantage of it.

Joe Ross—advances in modern medicine may allow him to avoid his brother’s fate.

Andrew Stevenson—that he developed a rare skill—hitting better as a pinch hitter than a regular player.

Will Harris—that he signed a three-year contract.

Yadiel Hernández—that he has a Major League Baseball Reference page with a positive WAR number for 2021.

Carter Kieboom—that the Nats have no other up-and-coming options at third base.

Luis Garcia—that the Nats are re-(building? tooling?) for 2022, giving him a chance to grow into the second base role under less pressure.

Tres Barrera—that there will always be chances for backup catchers, since the injury rate for catchers is so high.

Mike Ford—that Mike Rizzo saw something that made him worth claiming off the waiver wire.

Happy Thanksgiving to you and yours.