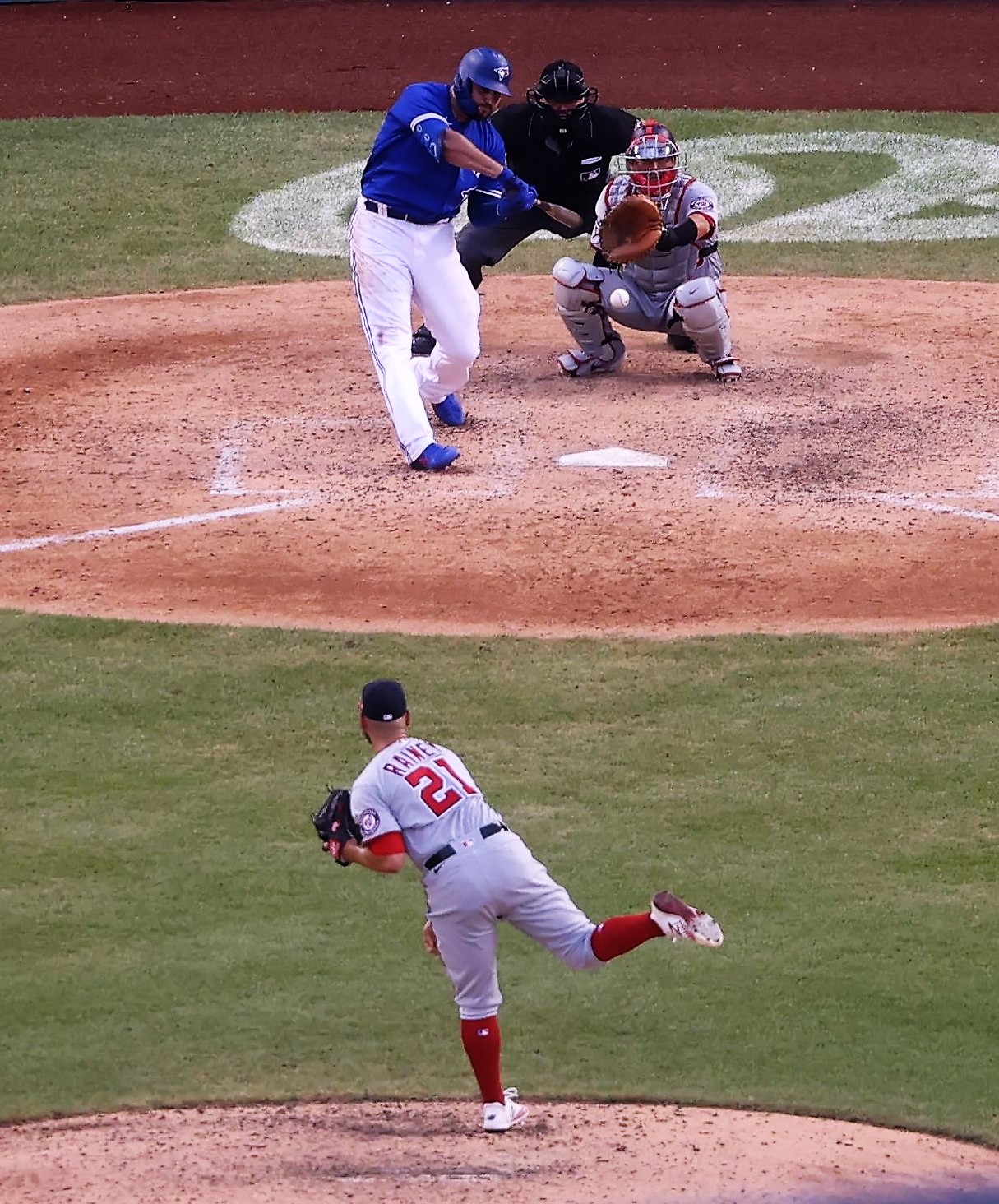 Andres Machado, RHP: Machado was another pitcher that the Nats called up after not being active for years. He last pitched with the Royals in 2017. Overall, he provided pretty good results as he demonstrated an ability to get outs in high leverage situations. While he did falter multiple times, he was a bright spot for the most part. Expect him to be a part of the rotation moving forward.

Kyle McGowin, RHP: McGowin has been a familiar face for Nats fans who have monitored the shuttle between AAA and the MLB. He has often been the 27th (26th in previous years) man for doubleheaders or someone to be called up in order to help an exhausted bullpen. All things considered, it might be one of the toughest roles in the bullpen: to constantly be moved between levels. He pitched admirably and proved he was in fact capable of getting outs. At least for 2022, he most likely gets another chance in the MLB.

Jordy Mercer, IF: Mercer, like Alex Avila, was brought in for a veteran presence. It was decently surprising when he broke camp with the team, but he proved to be a valuable addition. His position flexibility helped a lot when the team was depleted of infielders. He even hit pretty well in his limited role. As one of the few veterans who remained on the club following the purgatory of the Trade Deadline, it says something about his value to the team. He is a free agent and has been rumored to be considering retirement.

Justin Miller, RHP: Miller was brought up briefly during the summer and did not exactly impress. In his second tour of duty with the Nats, the veteran righty started the season at AAA as the closer in Rochester. He was dominant and the Nats made the decision to call up the veteran rather than a young arm. In just five outings, he could not keep the ball in the yard, leading to being designated by the team.

Patrick Murphy, RHP: Murphy was a former top 30 prospect for the Blue Jays, but when he was designated by the team, the Nats swiftly picked him up. In something that became a routine for the organization in the second half, they went rummaging through the trash of other teams hoping to find a hidden gem. The jury is still out on Murphy, but he, at least currently, does not look to be a hidden gem. Whether or not he gets another chance with the club remains unseen. He just might be a placeholder for the time being until a better option arrives at the least.

Sean Nolin, LHP: Nolin was nothing to write home about as he really did nothing more than take up a spot in the rotation down the stretch. He was effective when observing his “surface stats” (ERA, W/L, etc). However, the majority of his starts were a struggle. Perhaps the most notable thing he did as a National was plunk Freddie Freeman in the first inning of a game. This came the night after Braves closer Will Smith hit Juan Soto with a fastball  that he said was unintentional. However it was fairly obvious that it was on purpose. After serving his suspension, it is unlikely Nolin gets another chance in the MLB, but it is a toss up at this point.

Gerardo Parra, OF: Parra was brought in for the Nats as something of a sentimental signing. This is not to say that his 2020 season in Japan was unimpressive, but he was not signed to be a difference maker for the team. He provided veteran leadership and fun clubhouse antics. His trademark “Baby Shark” walkup song is still legendary, but he did miss the vast majority of the season with an injury. It is hard to see him having a future with the team more than just sentiment.

Hernan Perez, UTL: Perez was another veteran that broke camp with the team way back in March. He started on Opening Day as well as multiple other day games early in the year. He was ineffective, resulting in him being designated very quickly. Perez does not project to have much of a future in the MLB.

Tanner Rainey, RHP: Rainey was another holdover from the 2019 team. He actually improved in 2020. His control and strikeout numbers, two of the biggest stats for relievers, improved greatly. He appeared to be the closer of the future for the Nats as his lightning quick fastball was imposing. However, the steps he took in 2020 were an apparition as he regressed heavily in 2021. He was sent down in the middle of the season and was not much better upon being recalled. He certainly has a spot on the team in 2022 for now, but the clock is certainly ticking on him to make an impact.

Jackson Reetz, C: For a weekend in the summer, both Yan Gomes and Alex Avila found themselves on the IL. The Nats played the Giants with a catching tandem of Tres Barrera and Jackson Reetz. Reetz was making his first stint in the MLB and was not terrible. He got his first hit and RBI, but it was clear that he was merely a placeholder until the regulars healed. He was sent down quickly after the series concluded. After the Nats acquired multiple catchers at the Trade Deadline, it seems unlikely that he has a role outside of just being a placeholder for injuries.

Rene Rivera, C: Rivera was brought into the organization after being released by Cleveland earlier in the season. He was supposed to provide stability both behind the plate and in the batter’s box. The only problem was that he was 37 and not exactly impactful anymore. Gone are the days where he is a league average hitter and solid backstop. He struggled in Washington both in the field and with the bat. These struggles prompted the team to let go of the veteran.