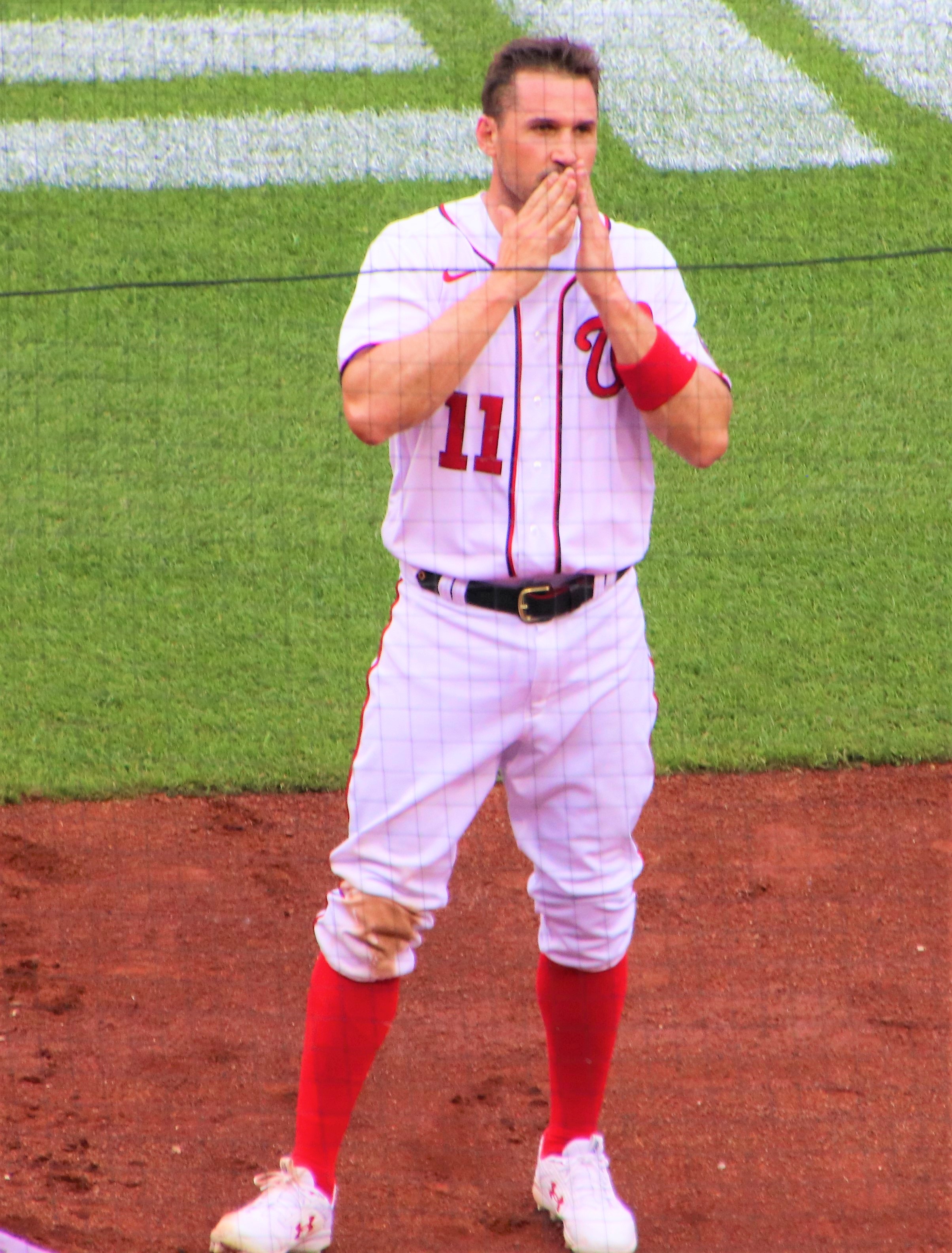 Now, of course, there are dozens of different days that could be called this. How about September 28th, his birthday? Or June 18th, the day of his first walk-off home run? Or maybe October 22nd, the day he hit the franchise’s first World Series home run? There are countless days I could declare Ryan Zimmerman day to be, but I’ll choose November 11th, 11/11. Partially because I like his number choice, and partially because this may be the last time we can celebrate before that #11 is never worn again.

Ah, the old days, and I wish I could say I remember seeing Zim’s call-up and rookie season in 2005 and 2006, looking back fondly on the highlights and miscues of a baby-faced 20 year old in the Majors.

I, of course, cannot do that. I was just 17 months old when the Z-man made his debut.

Contrary to James Earl Jones’ wisdom, baseball has never been a constant in DC. For most of its existence it has been but a myth in the DMV. For a long time, the only good memories of baseball were held by a rare few, a generation that had faint memories of the great Walter Johnson and his lightning quick fastball. Yes, loving DC baseball was reserved for the ghosts of the olden days.

Modern fans had no recollection of it when baseball came back to town; the fans who did remember could only remember the political battle surrounding the new Senators. For the actual team left much to be desired in its short tenure. And in 2005 it seemed as though the rotting corpse of the Senators had been exhumed, plastered with a similar logo and nickname, and returned to their stomping grounds. I’ve heard stories of the Nats’ time at RFK stadium, and from those accounts it was a depressing sight. It was an old, crumbling yard, haunted with memories of the tragic Washington Senators. But the Face of the Franchise changed those tides.

In the midst of terrible seasons by a juvenile club that struggled to find an identity, Zimmerman was the bright spot. He was the hope that graced our glorious city, the hope that turned its sports depression and abandon, into a powerful energy. An energy that gave the fans some reassurance, that everything was going to be alright. Even in those terrible days that I feel fortunate to have forgotten, Zim was the light at the end of the tunnel. You could open the Post, read about another terrible loss, but feel exhilarated because Zim went 2-4 with a homer. He may be the franchise leader in basically every category, but his contributions are on a far greater scale. Mr. Walk-Off was the reason to keep believing, to fight back those urges to say DC baseball is forever cursed. And throughout the years, throughout the brutal 100-loss summers, throughout the gut-wrenching postseason collapses, Zimmerman was steadfast at the helm. A beacon to look towards that gave us all the unnatural belief that we would finally get over the hump, and bring validity to the District of Champions.

Looking back on all those memories, on all those moments of victory and defeat, I can’t help but correlate Zimmerman’s tenure with the Nationals with my own personal life. He made his debut when I was 17 months old, now at 17 years old I find myself trying to express what he means to me and to the District of Columbia. I guess there aren’t any words that could properly describe his influence on the City, on all of us. I remember deeming him my favorite player in 2007, because his name was Ryan too. Now 14 years after the fact, he’s still here. Zim has been a constant throughout my life, and so much is changing. I’m applying to colleges now, and getting ready to be the most glorious form of high schooler: a second semester senior. So many things from my childhood are fading away, so many things I’m doing for the last time.

But that really is the beauty of getting older. Experiences become memories, and you learn to really appreciate all that’s in front of you. That is the circle of life, new beginnings thrive from endings. As Zim’s career winds down, he mentors Juan Soto, surely preparing him for the burden of having an entire city’s hopes placed upon his shoulders. Looking at Juan, it seems he really has embraced that privilege, and Zim’s work is all but complete. And while I would love for Zim to stay as long as he possibly can, I’ll be content if he decides to retire this winter, I’m sure he will be too.

I was lucky enough to grow up in the DMV, and I was even luckier that the Z-man stayed a small part of my childhood for as long as he has. Because baseball, at its heart, is a game for children, and the little kid inside of all of us. A very lucky few of us can keep playing this beautiful game long after we grow up, but everyone’s time comes eventually. Long gone are the days of Zim playing 150 games a year, slinging sidearm strikes from the hot corner. In his current form he’s on the short end of a platoon at a less physically demanding position. Coming out of the dugout for a pinch hit appearances and the occasional start against a lefty hurler. At his age, with nothing left to prove, it makes all the sense in the world that he would embrace retirement.

Maybe he wants to stay a kid for a little while longer, I know I do….

This entry was posted in RyanZimmerman. Bookmark the permalink.
← Previous Article | Next Article →