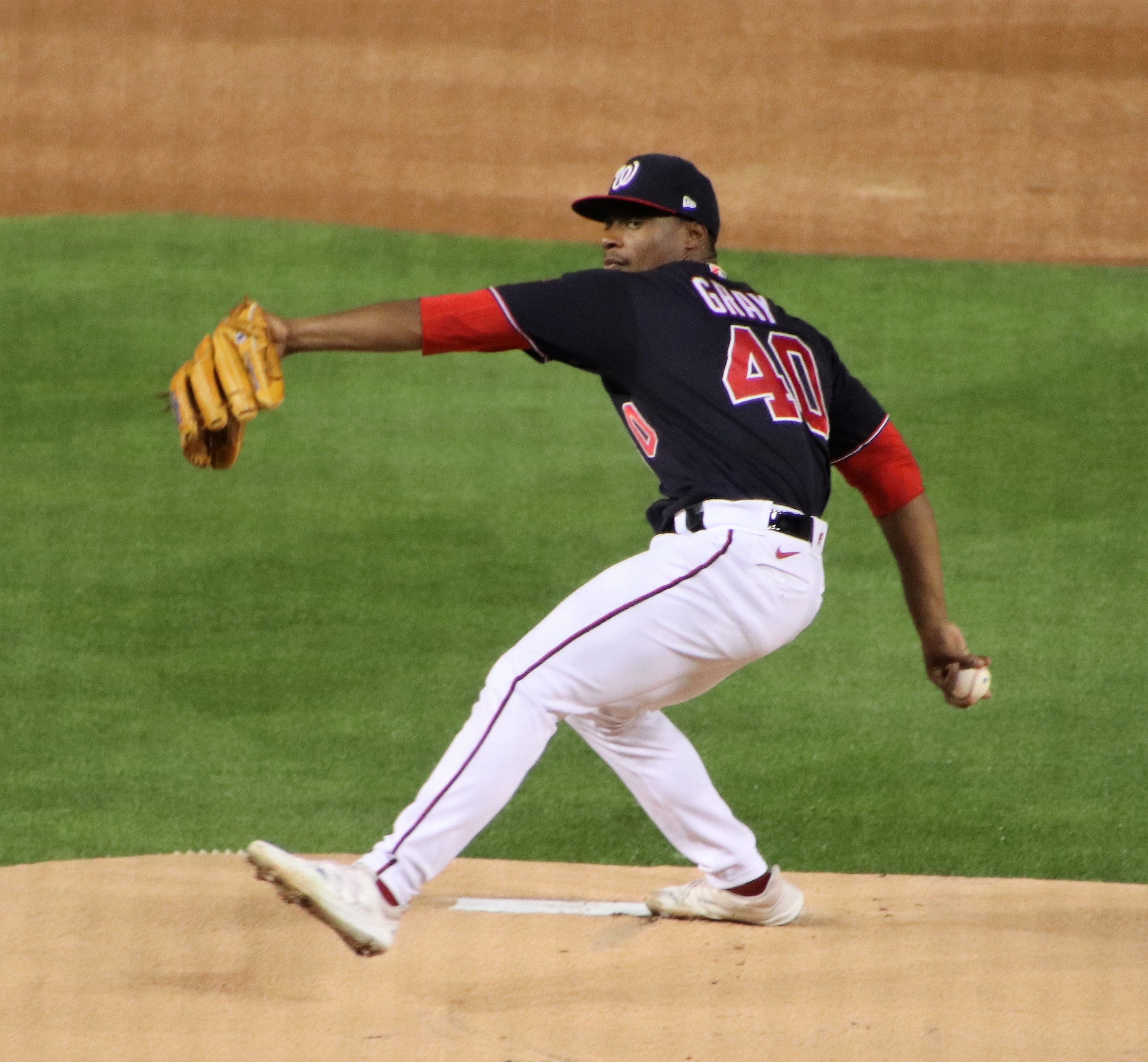 With four poor starts in a row for Josiah Gray, you have to wonder what the Washington Nationals’ strategy is here to keep extending his season. Maybe Gray puts together a great start tonight against Miami as they are not a great offensive team.

But Gray’s issues seem a combination of stamina issues and the movement on his breaking pitches have not been as filthy as they were in August. Sometimes that is due to arm fatigue or mechanics, but hey, the team knows what they are doing (cough cough) just like they did with former top prospect Lucas Giolito, right? For that matter, they still haven’t fixed the highly-compensated Patrick Corbin. This is always the question of health, fatigue, or mechanics. These pitchers have not forgotten how to pitch.

Gray’s last four starts do not even resemble what we saw in his first five games where he posted a 2.89 ERA. His 11.42 ERA over his last four starts didn’t look like the same pitcher and he has lasted a combined 17 1/3 innings in those starts. His breaking pitches weren’t dancing like they had before, and at times he looks like he has nothing in the tank and is hitting the wall in the fourth inning like we saw in his last few starts. Combine those 9 starts and you have a pitcher today with a 6.15 ERA.

Back in August, Gray looked like part of the solution and a future ace who just needed to throw a cut-fastball or 2-seamer to get extra movement as the only runs he had given up were solo home runs off of his 4-seam fastball. But sure, he could use a good changeup too to go with his slider and curveball — but now the other concerns are his stamina and the quality of his breaking pitches.

With so many question marks on this starting staff for next year with the health of  Stephen Strasburg, and the ability of Corbin to be a good pitcher again, it kind of leaves those as unanswered questions. Add to that, the health of Joe Ross is in question as he could be non-tendered after he suffered a tear in his UCL. Right now we kind of know what the team has in Erick Fedde, Josh Rogers, and Paolo Espino, who will all be competing for spots. So where Gray projects is an unknown right now. In addition, he timed out as a prospect as he exceeded the innings limit. He was previously a Top-100 prospect in the Nats system.

The Marlins will be pitching righty Elieser Hernandez in the final matchup between these two teams. Hernandez has a 3.80 ERA this season and is slightly better in his home park with a 3.47 mark.

After this game, the Nationals will fly to Cincinnati for a four-game series this weekend. Of note, the Marlins once again did not accommodate the Nats with an early start time. Last week in D.C., the Nats gave the Marlins the courtesy of an early start time on their getaway game. This isn’t the first time the Marlins have done this. Let’s face it, Miami could not even sell 6,000 tickets to last night’s game with their rookie-of-the-year candidate, Trevor Rogers, on the mound, so what difference would it make to their attendance to have a day game? 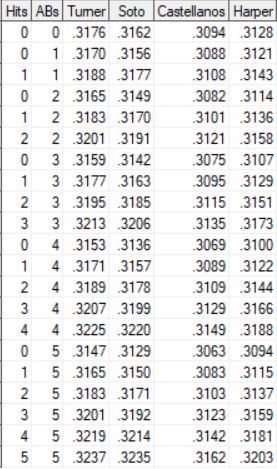 In order to keep track of what has to happen for Juan Soto to pass Trea Turner and take the lead in the Batting Average race you can use this table.

A closer look at this table reveals that it is possible for any of the four (Turner, Soto, Castellanos, Harper) to take the lead. Castellanos has the hardest path.

There are 54 combinations where Harper passes Turner; 166 combinations for Soto to pass Turner. Clearly too many to list.