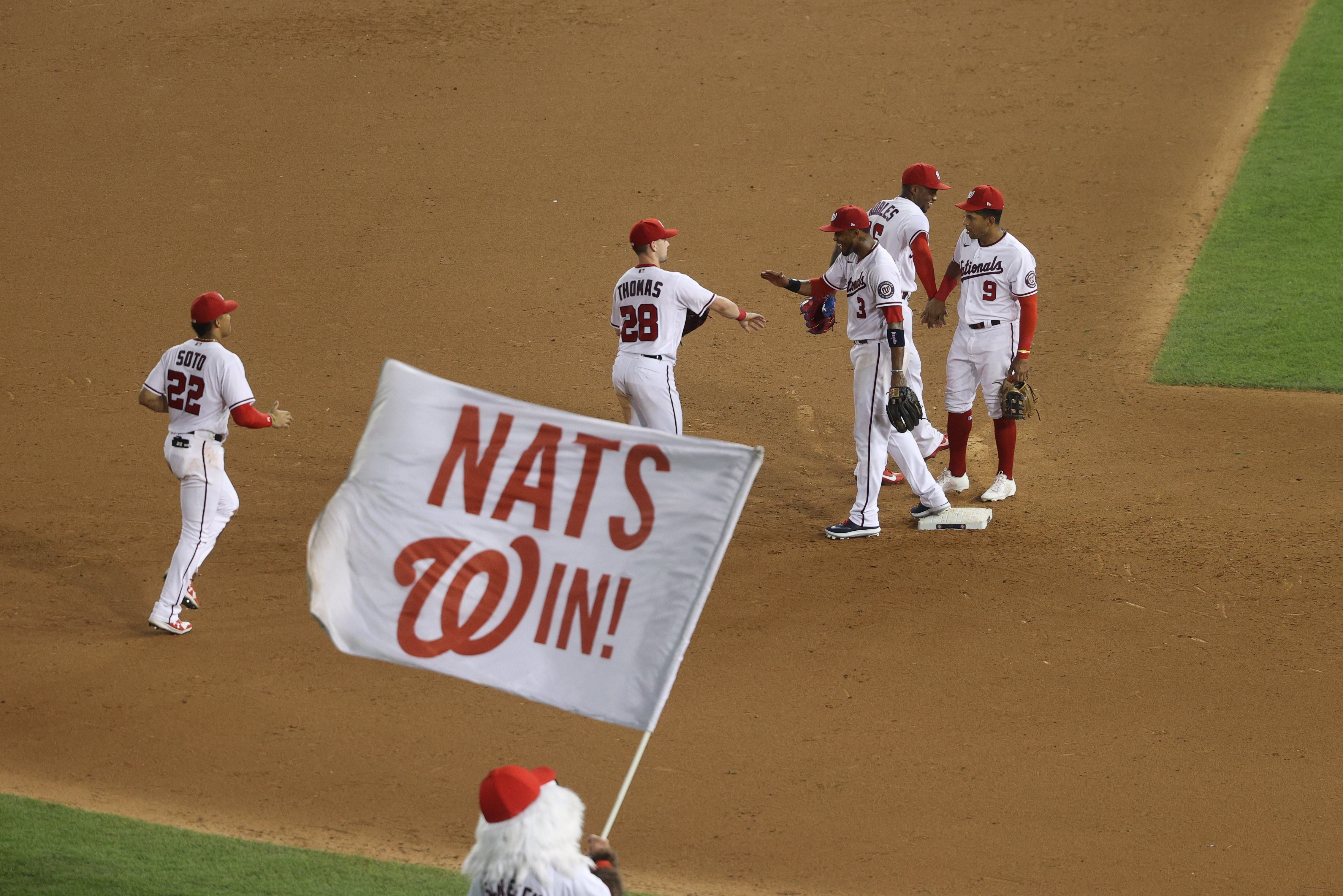 No, it was not Max Scherzer on the mound tonight in the 8th inning for the Washington Nationals. It was Josh Rogers who went 7 2/3 innings of 1-run baseball en route to another win on his record. A huge crowd … for Miami was on-hand at 5,926 to see a pitcher’s duel through 5.0 innings at a 1-0 score between Rogers and Rogers.

Even though the Nats won by a final score of 7-1, it was quite the nail-biter in the 8th inning when Andres Machado came in for relief. He walked the first batter who he faced to load the bases. Then Machado got into a 3-1 count with the next batter before inducing a harmless groundout for the last out of that inning. The score was 4-1 at the time. Nothing is easy for this team. But on this night, they got it done.

Defense was on display in this game also. Rogers had a Web Gem on a backhanded no-look scoop to first baseman Josh Bell on a slow grounder. It was one of the best plays you will ever see by a pitcher.

“He’s super fast,” Rogers said. “I didn’t know if J.B. (Josh Bell) was going to come for the ball or not, and I just said, ‘Well, I’m going to commit to it and try this.’ I just sprinted over there, tried the glove flip, and that was pretty SICK. I was hyped off that, for sure.”

Besides the sick defense, once again, the Nats offense did their job by putting up seven runs, and just about every batter contributed. Juan Soto, Keibert Ruiz, and Luis Garcia put together 2-hits a piece in this one. In total, the Nats had 9 hits and 4 walks in this one while also being helped by some poor defense from the Marlins who did not help their rookie pitcher, Trevor Rogers.

One of the tests for Rogers was to go up against a team that he just faced five days ago to see if he could dominate again. He shut the Marlins down with no runs over 5.0 innings in that one. In this game, he was so pitch efficient at 12 pitches per inning through the 7th inning that he came out for the 8th inning to face the Marlins’ lineup for a fourth time through their order. He almost made it, and was pulled with two outs in that 8th inning.

By going deep into this game, it really gave the Nats’ bullpen a nice rest, and they did not use Tanner Rainey in this one after he pitched in the previous two games. It was just Machado and Mason Thompson for this one, even though, Kyle Finnegan warmed up for the 9th. We will see how Rogers does in his next start if he goes up against the Reds on Sunday in Cincinnati after he tossed a career-high 103 pitches in this one. His previous high was 87 pitches in a game.

With this win, the Nats now have 62 wins and need just one more to avoid the dreaded 100-loss season. The team now has 11 games to go in this 2021 season.