Nats and Marlins Faceoff in Battle of Cellar Dwellers 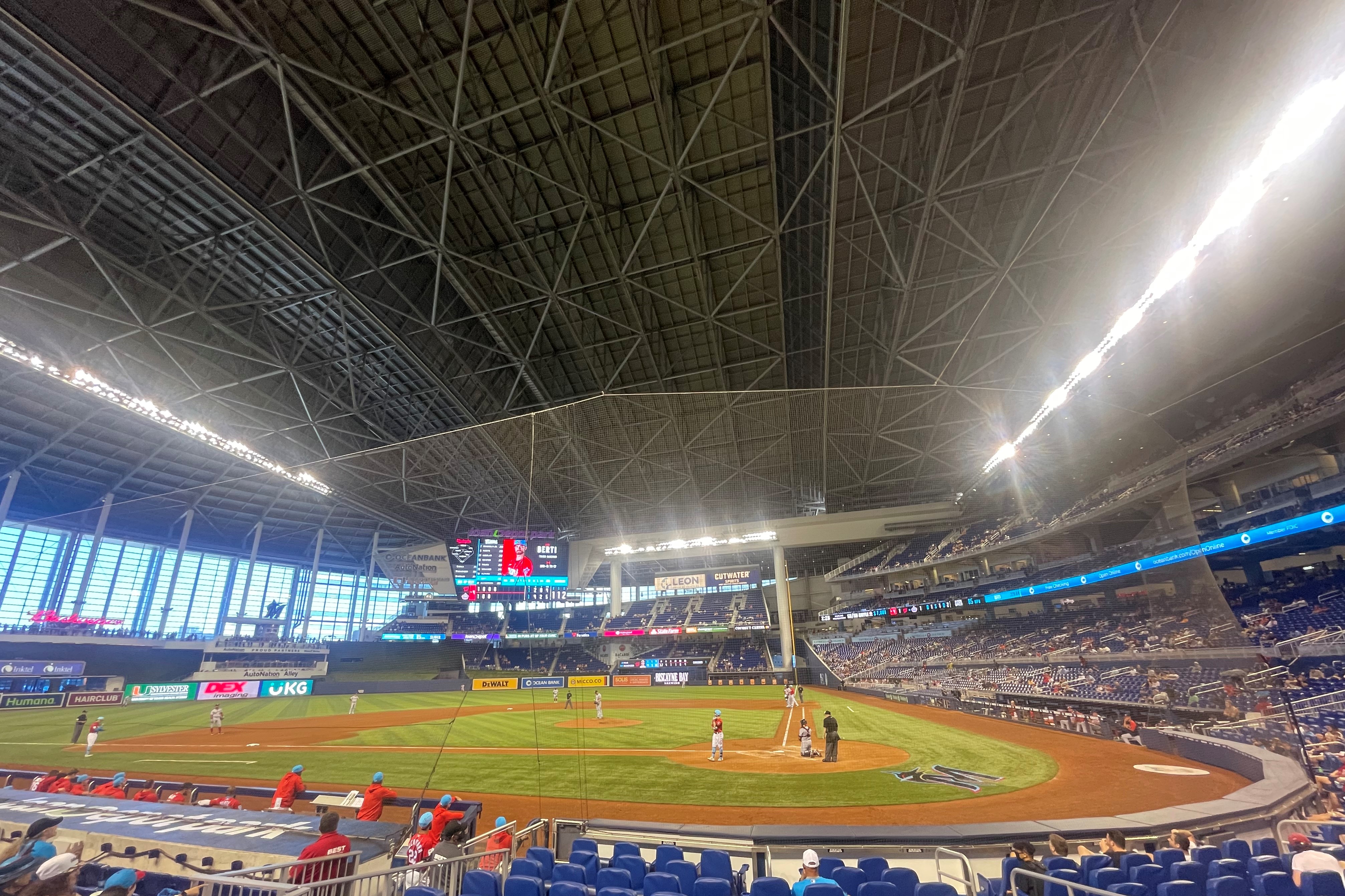 Photo by Michael LG for TalkNats

Amid all the losing for the Washington Nationals in the past weeks, the team is looking more and more like a nucleus for the team of the future. It is easy to look at the schedule and notice the losses and assume the month of August has been a wash. Nats fans that have been watching this young team have noticed that there are bright spots for them moving forward. The young core looks like it is coming together right before everyone’s eyes. Obviously, it takes more than just a month of games for a player to develop and turn the Nats into a contender.

On the other hand, the Marlins’ deep prospect pool has yet to make it to the MLB. The Fish are using a lot of placeholder players in order to fill out their roster. The two teams are going to battle many times in games that will not impact the standings, but the talent level will be growing as the clocks tick forward.

The Marlins have gone through a strange 12 months. Last year, in the shortened 2020 season, they pulled a true underdog move by making it to the NLDS with a roster littered with castoffs and top prospects. They were buyers at the Trade Deadline, acquiring Starling Marte. The future looked bright for the Marlins. Then 2021 happened. The team struggled with injuries, ineffectiveness, and a lack of consistency on the roster. Many players are going between AAA and the MLB, and lineups are rarely the same on a day to day basis. They traded Marte a year after acquiring him, and have, like the Nats, committed to playing their young players.

Players like Jazz Chisholm, Sandy Alcantara, and Trevor Rogers all make the future of baseball in South Beach brighter than the yearlong sunshine in the state of Florida. The biggest issue for the Marlins has been the reluctance to start the MLB service time clocks on their top prospects. JJ Bleday, Max Meyer, and more are all sitting at AA. Whether that is due to their lack of development or another factor is unclear. Nonetheless, it is interesting that the Nats have pulled up some of their young guns while the Marlins have not.

However, this series will be about the players that are on the Marlins’ roster. The team announced that their #2 prospect, Edward Cabrera, will debut on Wednesday night against another top prospect, Josiah Gray. This should be an electric affair, and one that two fan bases that have seen a lot of losing this year, can relish for at least one night. The Marlins also have some young talent of their own in addition to Cabrera. The aforementioned Chisholm has had a fantastic rookie season. He is blazing fast, and looks like a young Jose Reyes. Jesus Sanchez has shown some flashes of greatness. With some veterans like Miguel Rojas and Brian Anderson in the middle of their order, the Marlins can certainly slug with any team. However, they just need to have everything clicking in order to do that.

Finally, their pitching staff is the most exciting thing about the team. They have a young ace in Alcantara. Pablo Lopez looks to be their #2 pitcher if he can harness some of his control issues. Trevor Rodgers is also having a great rookie season, making him a strong candidate to headline their rotation for years to come. Some solid bullpen arms like Anthony Bender and Zach Pop make this group a tough one. However, these players are all very young and their potential, at this point at least, outweighs their production. Like many of the Nats players, the biggest thing that can be seen is the fact that they are all simply prospects that are learning as they go along.

Following a series loss at the hands of the Milwaukee Brewers, the Nats can still take a lot of positives from the games. The first, and most obvious one, is that they hung in there against one of the best teams in the National League. The Brewers give almost everyone fits. It comes as no surprise that the Nats were unable to crack the code against them. The second is that some of the young talent reared its head. Carter Kieboom hit a home run Sunday, albeit in a lopsided loss. Some bullpen arms got a lot of good experience facing a tough lineup. Even Patrick Corbin proved that he is not a complete liability on the mound after turning in arguably the best start of his season.

Still, the team lost some games in sloppy fashion. Errors have become a theme for the Nats. While it is unrealistic to assume they will play spotless defense, they can be doing better. Kieboom has impressed at the plate, but has made some mistakes in the field. More than just statistics prove, the team is allowing walks, stolen bases, and a lot of little things that contribute to losing baseball.

However, the positives have been outweighing the negatives lately. One of those positives is pitching on Wednesday night. Josiah Gray has been impressive in his first handful of starts with the Nats. He has allowed only seven runs, all of which have come via the solo home run. As a flyball pitcher, that is to be expected. Gray has been exceptional thus far. His starts have almost become as big a deal as Scherzer’s were before he was traded.

These two teams will play a series that will not make much of an impact on either team long-term unless it changes their individual draft spots and a game-changing draft pick was chosen. Of course we will not know that impact for years if that were to happen.

So outside of draft positioning, this series means very little in the grand scheme of baseball except to see how the players perform. However, the young talent that will grace the field for years to come, for the most part, will be on full display this week. No matter the outcome, the two franchises will have their fair share of battles. This set will be the first of many bouts between two young, potentially exciting teams in the future.