Nats Open Second Half Against Padres in DC 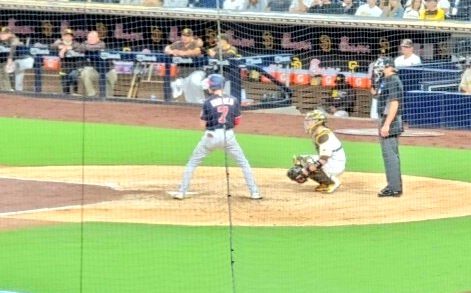 Padres come to DC after the Nats just faced them less than two weeks ago; Photo by Steve Mears for TalkNats

As the calendar turns to the latter half of July, the Nationals are looking to catch some momentum before the Trade Deadline. The NL East is still cracked open because the Mets have not run away with the division, and the Nationals, for all their faults, are in a position where they can make a legitimate run at the division crown if they can have a run at it like they did in June.

The Atlanta Braves have won the division for three straight years, but after losing Ronald Acuna Jr. for the season, their chances have since dimmed and they look like sellers. The Phillies could be buyers but have given no indication if they will spend what it takes to add to their bullpen at the very least. For the Mets, they are almost back to full health, and that could deter the other teams in the NL East from being serious buyers.

The Nats and Padres met recently two series before the All Star Break. The Nationals played very well, going toe to toe with one of the best teams in the National League but lost a heartbreak game in which they had an 8-run lead and Max Scherzer on the mound. However, the only thing that will be remembered from that series is Daniel Camarena’s grand slam. As the teams reconvene in Washington, D.C, they are both looking to attempt to better their position in the Wild Card standings at the moment with both teams wanting division titles.

The San Diego Padres and Washington Nationals have recently met, meaning the teams are somewhat familiar with one another. The biggest thing that can up in the series from July 4 to 8 was the abundance of offense displayed on both sides. While Petco Park is one of the most pitcher-friendly parks in the league, the lineups from both sides were taking advantage of the warm San Diego weather. Similarly, the muggy DC air could bode well for the pitchers.

The Padres are led by their trio of All Star infielders. They have Fernando Tatis Jr., the magician of a shortstop who is masterful on both sides of the ball. From hitting home runs to leaping grabs, he truly is a unique talent in this league. Jake Croneworth is a great contact hitter and clutch with runners in scoring position.  Manny Machao mans the hot corner and hits for timely power and extra bases and was near the top in OPS in the last month in the NL, only trailing Kyle Schwarber, Trea Turner and just 8 points behind his own teammate, Tatis.

Furthermore, the Nationals saw just about all of their top tier pitchers. Yu Darvish, their All Star pitcher, got hit hard by the Nats in the Camarena game and the Padres won’t pitch Darvish in this series. Chris Paddack is also a pitcher whom the Nationals took advantage of in San Diego, and he is scheduled to pitch the opener on Friday.

Obviously, the Nats cannot rely on talented Padres pitchers losing their command and leaving pitches over the plate consistently. Moreover, the Padres’ bullpen is more reliable than not and the Nationals must be able to take advantage of the chances given to them in the late innings.

The biggest thing that has dominated the headlines for the Nationals has been the ascension of Juan Soto at the mid-summer classic. His display of pure power displayed in the Home Run Derby and his plate discipline in the All Star Game, really makes him unique in his own right. His Derby-high 520 foot home run to the Denver night is still awe-inspiring. Even more, the way that he bucked a Home Derby trend and hit a lot of opposite field dingers and then going 3-for-3 in home runs in the 3-pitch swing-off was the best ever to out-duel two-way star Shohei Othani, the #1 seed. Soto lost to the eventual-champion Pete Alonso of the Mets. Nonetheless, the showing that Soto displayed in Denver demonstrated the limitless potential he has at the plate. Clearly his popularity soared further.

Then there is Max Scherzer, the 36 year old ace for the Nats. His All Star Game starting nod was all but validation for the pitcher in his insane season. Nothing has been able to slow him down except for Camarena and some minor IL trips — and then again, there was the incident that almost forced him to strip down in his uniform on the mound for Spider Tack checks. He really has been the anchor of the rotation this year with Stephen Strasburg only pitching 21.2 innings this year. The Nats have needed one of their aces to step up in a big way. Strasburg is on the way back from the IL and looks to provide a boost when he comes back into the fold.

The biggest obstacle standing in the way of the Nationals, realistically, is their team health. Both of the catchers for the Nationals are currently on the IL. Tres Barrera and Jakson Reetz have stepped up admirably, but their lack of experience is shining through on some occasions.

Overall, once the Nats get healthy, it will be time for general manager Mike Rizzo and ownership to make a big decision. This one, though, is concerning the direction this team will take. Only time will really tell as to what the team will do, but for now, the Nats must play as well as possible, albeit against very stiff competition.

While the Nationals are not in as envious a position as the Padres, they still have a fair chance at the Postseason. That is, of course, if they can right the ship and muster some semblance of consistency ala June. The Padres have quite the roster they have assembled, but in DC, the ball could be flying this weekend depending on the weather. The pitchers on both sides will have to be dialed in from the first pitch. Additionally, the hitters will both need to be ready to score early, often, and in bunches. Between the two teams, expect a lot of highlights and some great individual performances during the entire three game set. 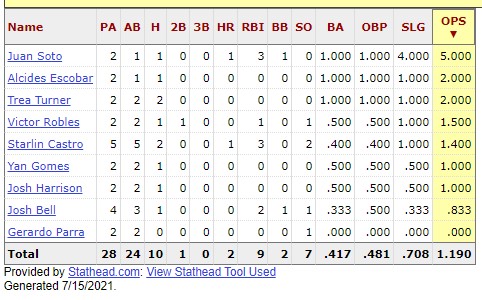 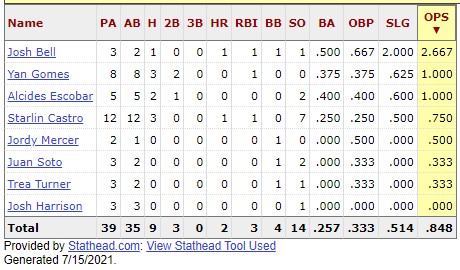 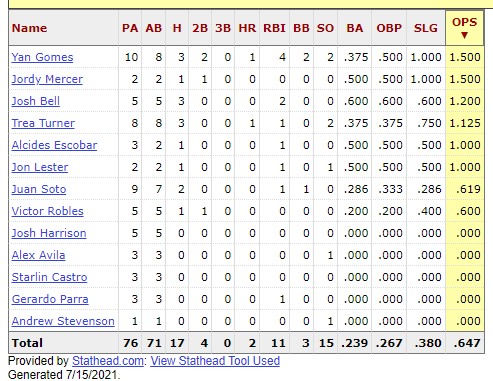