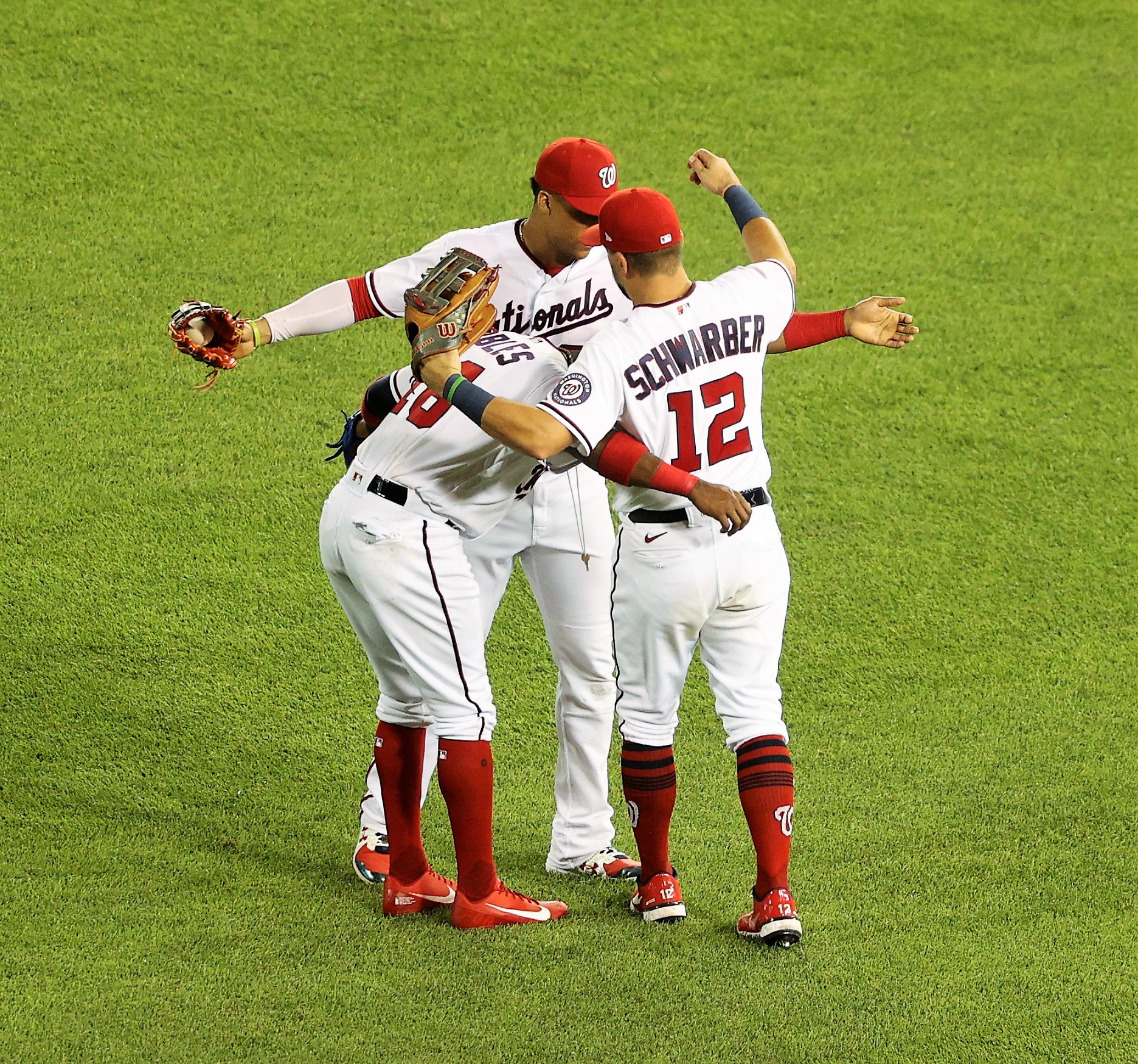 WASHINGTON, D.C. NATIONALS PARK | Winner’s circle of all 3 HR hitter’s from tonight. Victor Robles is wearing the Key To The Game, Juan Soto has the final out in his glove, and Kyle Schwarber adds to the record books:
Photo by Sol Tucker for TalkNats

The Washington Nationals put together a similar start as to what they did yesterday with another lead-off Kyle Schwarber home run. This time Trea Turner doubled, and Juan Soto blasted his first Nats Park home run to make the score 3-0 before all of the 17,117 fans settled into their seats. Victor Robles hit his first home run of the season and that proved to be the game winner as the Nationals won 4-3 over the Tampa Bay Rays. This Nats team is 13-9 in one-run games this season.

The Nats got solid starting pitching from Joe Ross who pitched into the 7th inning, and handed the ball to Sam Clay who stranded two runners for a nifty hold. Austin Voth pitched a perfect 8th inning, and Brad Hand gave up a leadoff home run in the 9th inning to make it a nailbiter at a 4-3 score. Fortunately, Hand retired the next three batters for his 18th save of the season.

With three home runs from the Nats’ starting outfielders, every Nats starting position player had exactly one hit in the game. The only batter who walked was the pitcher, Joe Ross. But the Nats cranked some line drives that were caught and credit to the Rays for being positioned perfectly time after time. Speaking of defense, Josh Harrison robbed MLB’s top prospect, Wander Franco of a hit, for the top defensive highlight of the game. Of course it was Harrison who was sent home in a poor send by Bob Henley, and Harrison literally stopped running 45 feet from homeplate and was tagged out. Just another night with a frustrating out on the bases.

With this win, the Nats moved to a game above .500, and this is the first time the team is above .500 since Opening Day when Soto hit a walk-off single to beat the Braves.

“Like I said yesterday, I’ve really never seen nothing like that before,” manager Dave Martinez said. “Once again, I just hope [Schwarber] keeps it going.” 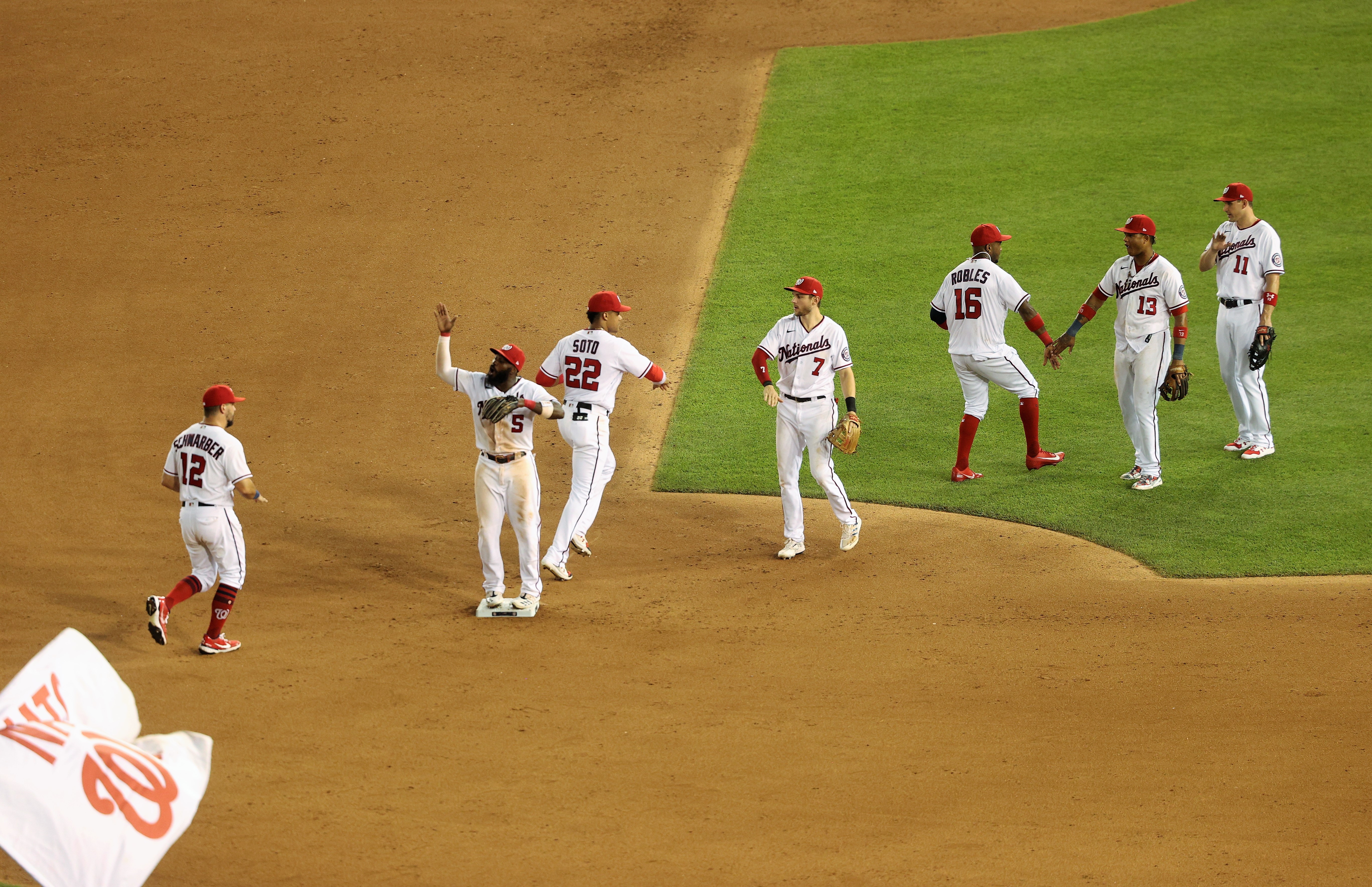