A Nats’ team with little margin for error, and a team that doesn’t handle adversity well. 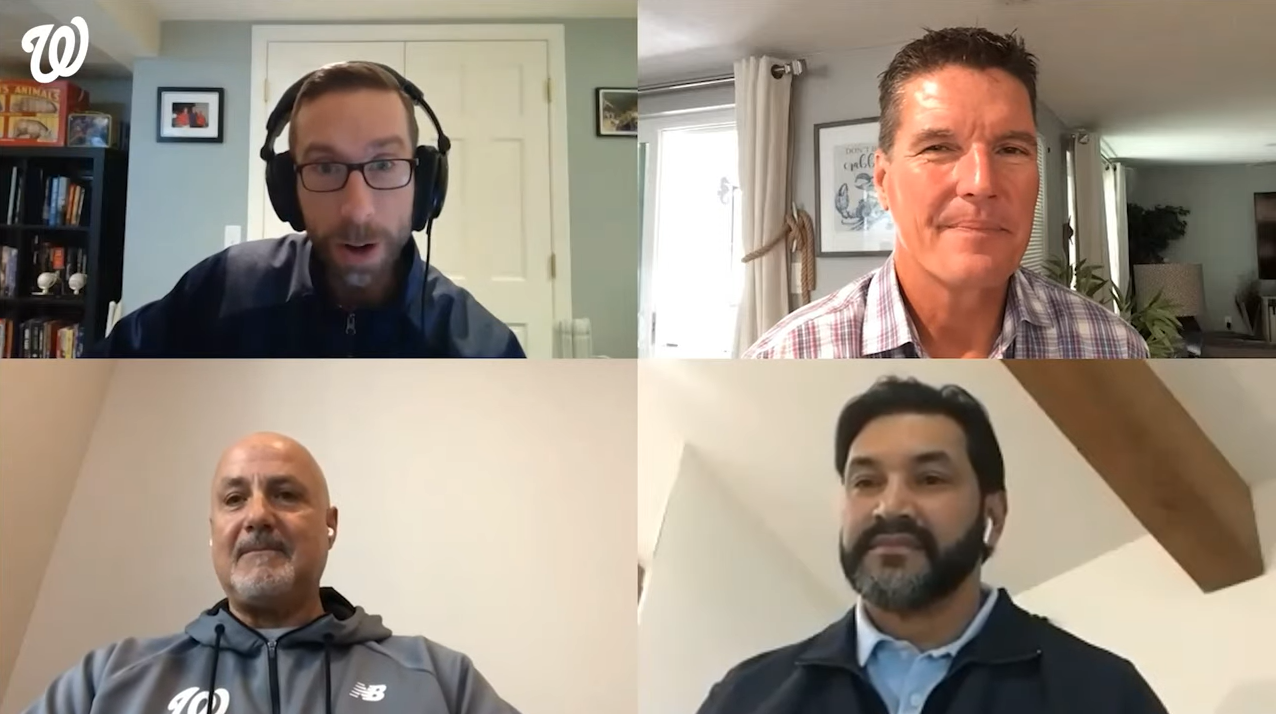 This 2021 Washington Nationals team lacks depth and has no come-from-behind wins this season after the 6th inning. On Friday night, the team had one of their signature wins of the season, and it felt like they could achieve some momentum going into yesterday’s game. They were cruising on Saturday until a simple groundball was booted by Josh Bell in the 4th inning of that game and that led to four unearned runs. Joe Ross fell apart as we have seen too often. Errors happen. Mistakes happen. The Nats were winning 1-0 and lost 5-2 in that game. Sunday’s game took a similar turn. In that game, it was a tougher play on a shallow popup in leftfield that clanked off of Jordy Mercer‘s glove leading to another four unearned runs.

In total, the Nats racked up an astonishing 8-unearned runs in the past two games. From 5.0 games back from 1st place on Friday night and some optimism, the team fell back to 7.0 games and a tie for last place in the NL East by the end of play on Sunday. Why? How did this happen in two games the Nats looked to be in control of?

First off, these unearned runs were avoidable if the pitchers took care of business. Secondly, the Nats offense was awful once again in the middle of the order in that Bell-Kyle Schwarber–Starlin Castro portion of the lineup. Namely, where runs are driven in. How many times do we need to see Bell swing for fastballs with his eyes closed? Okay, that’s an exaggeration but he is swinging before he sees the ball and seems predetermined to swing in a hitter’s count for a fastball down the middle and that pitch isn’t coming. If he just laid off of the junk today with bases loaded he picks up an easy RBI and keeps the line moving. He gifted a struggling pitcher who lost the zone the first out of the inning. Schwarber gave the next gift, and Castro grounded out for the third out and all three left the bases loaded. 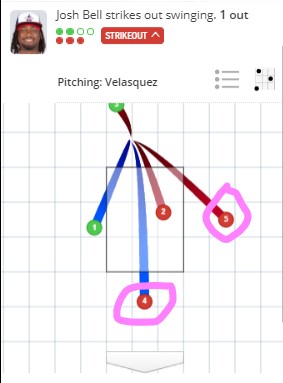 Even the Nats manager, Dave Martinez, is frustrated with this swing for the fences approach and coming up empty on the swing and misses.

“I think they’re trying to hit the ball 800 feet,” Martinez said. “I think definitely right now when we get guys on base, our 3-4-5 hitters today were pressing a little bit trying to knock in those runs. We’ve got to get them to relax. Stay in the at-bat, and just hit the ball hard somewhere.”

The same goes for Schwarber and Castro who need to put together better at-bats. In the Saturday and Sunday games, Bell stranded 8 baserunners combined, Schwarber matched him in futility, and Castro had 5.

“When the guy in front of you is having a rough at-bat, you just sometimes go up there and try to do it all by yourself,” Castro said. “That’s when we try to do a little too much.”

Every batter has a job to do, and each situation dictates how you handle it. But the roster is so weak that you cannot even find players to insert in the middle of the order that could improve what you have. Trea Turner leads the team in RBIs which says more about the other batters because Turner is a lead-off man, and the middle of the order hitters should be leading the team by wide margins considering there seems to be runners on base over 50% of the time for Bell and the same for Schwarber — and by the stats — that is a fact that both batters are up over 50% of the time with at least one runner on-base.

It also doesn’t help that Josh Harrison has played too much and has fallen into a deep funk. He hasn’t knocked in a run since May 22nd and until his hit today was in a 0-17 slump.

So the only batters to count on seems to be Turner, Soto, and catcher Yan Gomes who was on the bench all weekend with a sore hamstring. Victor Robles was heating up before he went on the 10-day IL and returned to a 0-17 slump of his own until he put together two doubles today.

We have seen the team win in tie games with walk-offs, and play some exciting games, but we need to see more fight, and there is a problem right now that are clear by the numbers and what we are seeing. The answer to fix it is not easy. It seems like every time they take one step forward, they take two steps backwards.

The depth in the minor leagues just does not have top prospects who can help their MLB team so it looks like they have to do it from within and dig deep.