With the #Nats practicing, MLB announces the #Nats will play Game #1 on Tuesday! 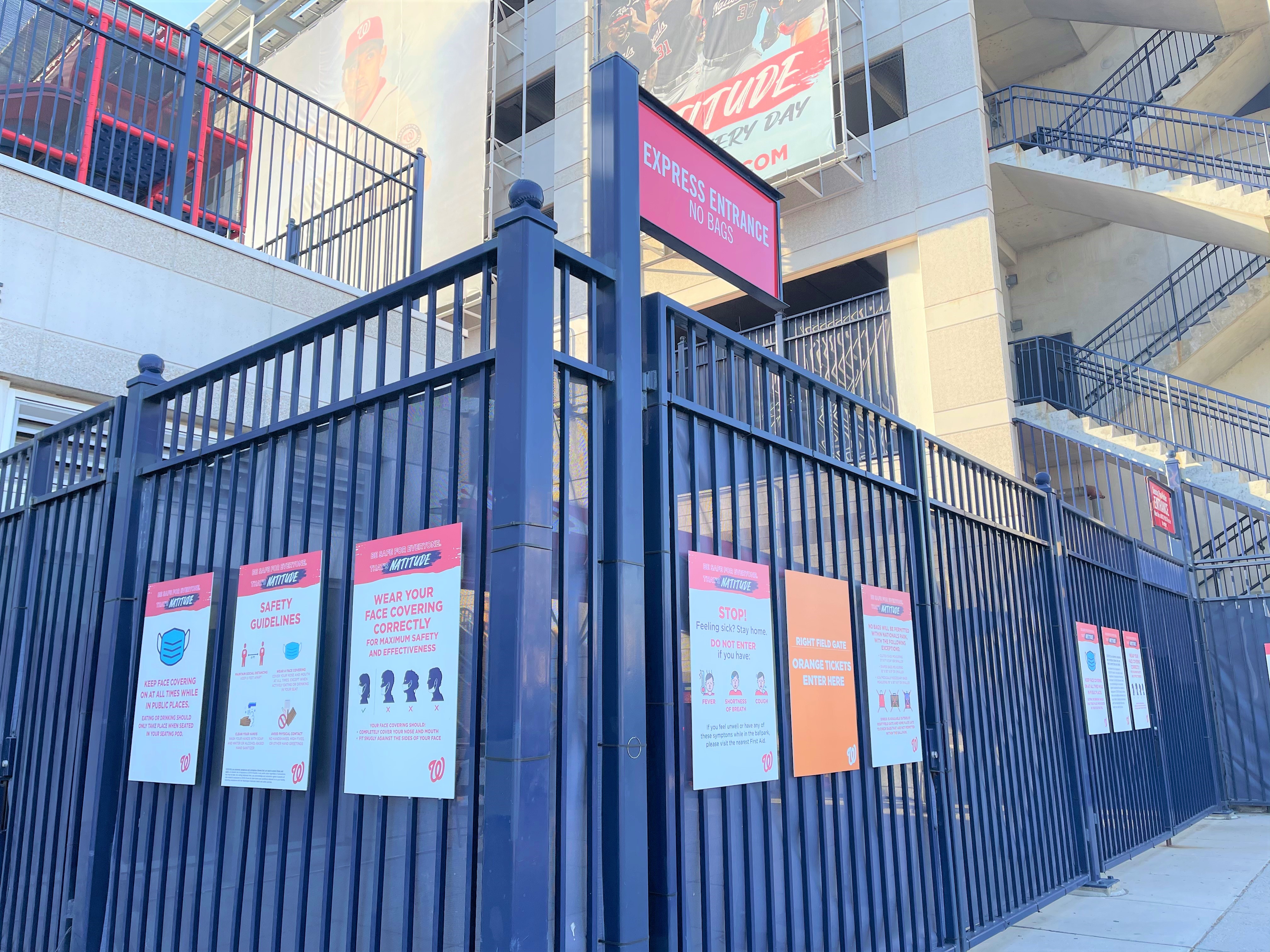 The Washington Nationals players had to arrive hours before today’s scheduled practice for another round of COVID rapid tests as well as submit to samples that are sent out to the lab. All eligible players who met the protocols were allowed on the field. The first player who emerged before noon was Max Scherzer who will take the mound tomorrow afternoon as the scheduled Opening Day starter.

Trying to pinpoint when this first game would be played was like hitting a moving target after the large-scaled COVID positives that claimed 4 players as positives for the virus, as well as 7 more players in total were traced for contact with those four players. In all, four games were postponed and five days off of the regular season calendar.

The team will play a doubleheader on Wednesday against the Braves to make up for the postponement of today’s game. For most of the players, this is their first legitimate practice that they have been able to take part in for a week since the Grapefruit League schedule wrapped up a week ago. Yes, some players have worked out on their own or showed up at Nats Park last night.

General manager Mike Rizzo and manager Dave Martinez will not give up the names of players on the COVID list. The IL will be updated tomorrow and will have a player like Will Harris for instance with an injury reason, while COVID traced players, will not have a reason for being on the injured list.

With no official announcements as of now, we can go by visible observation that the following players were not seen at practice today:

All of those players were penciled in as Opening Day roster players and 5 of those players would have been in the starting lineup. On a day when Lester or Corbin were pitching with Hand closing, that could be 7 key players who Davey Martinez might not be able to count on now — unless some of this is not what it appears to be. Maybe just maybe there was another reason why a player was not seen at the practice today.

“We’re going to make the [roster] work,” Martinez said today. “The last two days, I saw a lot of energy in these guys. Especially the young guys. These guys are going to be ready to play. They’ll step up.”

Of the 10 players who either tested positive (4) or are in quarantine for being close contacts (6), Rizzo says the majority were going to be on the Opening Day roster but “several” were not.

Weren’t those 10 aforementioned names in that list all players who were locks for the opening day roster one week ago? The word “several” would indicate by definition that at least 3 players on the COVID list were not going to make the Opening Day roster. Maybe you stretch to say Lester was not going to make the roster, but all indications last week was that he was ready. Even the one bubble player on the list, Mercer, was told he made the team and added to the 40-man on March 27. Once again, we can debate this tomorrow when the roster is released.

This list is the 26 players who were spotted on he field. This is not necessarily the 26-man roster:

Catchers: Tres Barrera, Raudy Read or Jonathan Lucroy (not cleared to play as of today)

Of note, Read, Lucroy, Sanchez and Wilson are not on the 40-man roster, but they can be added simultaneously as COVID IL replacements under the 2021 rules, and then returned to the minor leagues without being subjected to waivers. As noted in our previous article, if Clay and/or Wilson enter a game, it would be their MLB debuts.

You will have to wait until tomorrow to get the real roster as the Nats, per usual, are playing this close to the vest on who made the roster. Martinez did say that Luis Garcia would start at second base tomorrow, and Scherzer would be his starting pitcher.

“I truly believe we’re going to be fine,” Martinez said. “We haven’t set our roster yet. But with the guys we got here, these guys were in our alternate site. We believed at some point in time that they were going to help us throughout this year. So it happened to be a little earlier than we expected.”

On the subject of player vaccinations, none of the Nats’ players appear to meet the requirements to be vaccinated at this point in Washington, D.C., however Scherzer went public that he would definitely go with the science and get vaccinated.

Full Max Scherzer quote on vaccines: “There’s people [on the team] that will [get it] … For me, I tend to follow the science. I try to listen to what all the scientists say and what the experts say. So for me, I see the benefit of it; can’t wait to get it.”

Check back for updates. 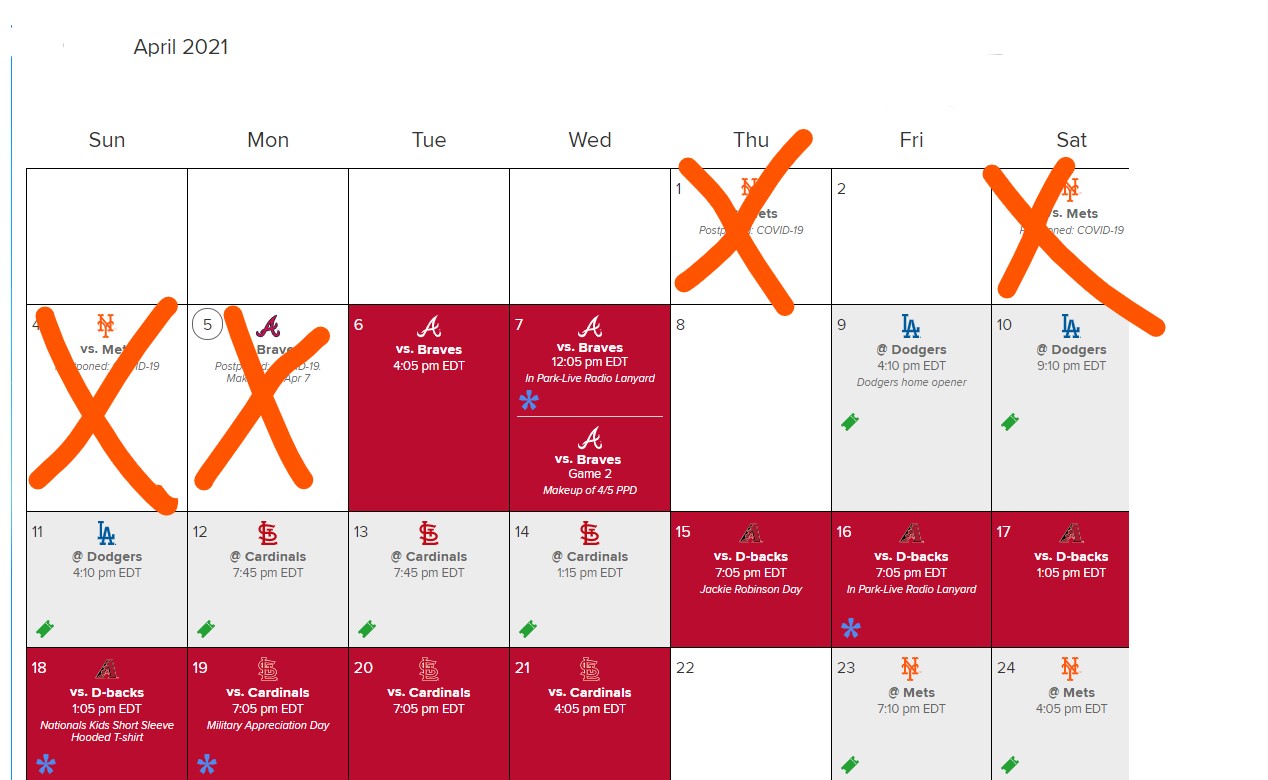