An introduction to the Rochester Red Wings 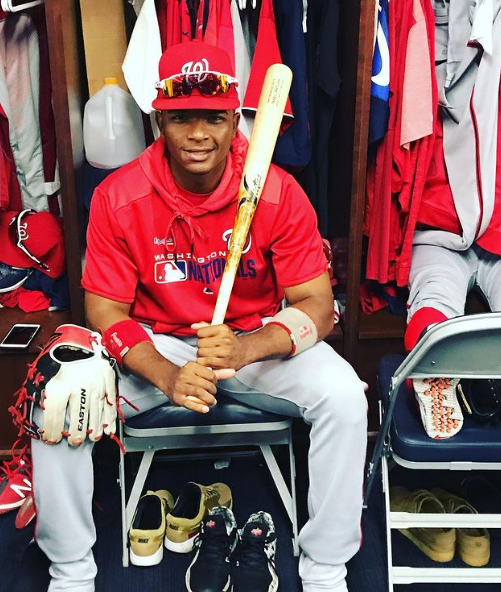 An introduction to the Rochester Red Wings

Sunsets on Lake Ontario, Abbott’s frozen custard, and Rochester Red Wings baseball. That’s been my summer for as long as I can remember. Thus I was ecstatic to learn my hometown Nationals had chosen my other home team to hold some of their brightest prospects. But what are the Red Wings all about? Here’s everything you need to know about the Nats’ new Triple-A affiliate.

When Joe Altobelli passed away earlier this month, he had 88 years on earth, 59 of them were filled with professional baseball, particularly in Rochester. After being a star in the minor leagues and puttering around the majors, Altobelli took a job with the Orioles minor league system. That role culminated in his legendary managerial run for the Red Wings from 1971-1976. The ‘71 team has been called the best team to ever play in the Flower City. Alto, as he was known, led the team to first place finishes in 1971, ‘73, ‘74, and ‘76. That 1971 team captured both the Governors Cup and the Junior World Series. Alto was named International League manager of the year thrice, and to this day holds the record for most wins by a manager in Red Wings history.

After departing the team in 1977 for an MLB manager’s job with the San Francisco Giants, Altobelli returned from an illustrious MLB managerial career with a World Series ring in-hand to head back to Rochester in 1992. He held all sorts of positions for the Red Wings, General Manager, Assistant team president, and even radio broadcaster. His likeness is enshrined in the outfield plaza of Frontier Field. He was the first Red Wing to have his number retired, and one of only 3 in history. His impact cannot be summarized in mere words, he was a pioneer for Rochester Baseball, and he will be missed dearly.

Maureen Callahan is a name known throughout the greater Rochester area for her horrendous description of Rochester as “Grim and Depressing”. In a 2019 article about the Rochester based Wegmans’ opening a grocery store in Brooklyn, Callahan absolutely slandered the city for no good reason at all. Naturally, the Red Wings, being a MiLB team, took the chance for a marketing opportunity. The team created hats, shirts, and all sorts of merchandise with a grim-reaper-esque Rochester Red Wing (Grey Wing?). There was even supposed to be a Maureen Callahan night in the 2020 season, a chance to show Maureen that the colorful town is not nearly as grim and depressing as she attributes it to be.

Thursday’s are for the Plates

Chicago has the deep dish pizza, Buffalo has wings, Rochester has the Garbage Plate. The garbage plate is a beautiful monstrosity of meat and carbohydrates, nutritionists estimate it to be 3,000 calories a plate. The Garbage Plate (known locally as just a plate) is a local favorite, originating from Nick Tahou Hots. The exact date the plate was created is disputed, but some reports discuss the plate’s invention all the way back in 1918. The phenomenon that is the Garbage Plate has spread all across Rochestorian culture. In 2017 the Red Wings declared that, “Thursday’s are for the plates!” and accompanied the decree with white and yellow uniforms with a stripe of all the assorted toppings of a plate across the torso. The Rochester Plates may not have the most appetizing name in baseball, but to the city it means the world.

Baseball has been played in Rochester for 122 years. It’s been a mainstay in the city for over a century, and the Nationals are able to continue that time honored tradition this season with a long-term deal as the Red Wings’ Triple-A affiliate. The Nats will be only the fourth Major League affiliate in 92 years of the Red Wings status as a Triple-A club. Elite prospects such as Yasel Antuna, and Joan Adon, have already been assigned to Rochester. They could also get top pitching prospect, Jackson Rutledge, in the near future to join the likes of Curt Schilling, Steve Finley, and Cal Ripken Jr. in having made Rochester their final stop before the show. Baseball has long been the quintessential American game, and Rochester has been no stranger to it. I’m very excited for this partnership. Whenever we’re allowed to see a game in-person, you can be sure I will be in the stands, feeling anything but grim and depressed.