Game #12 Stephen Strasburg can be seen on TV! First cuts made! 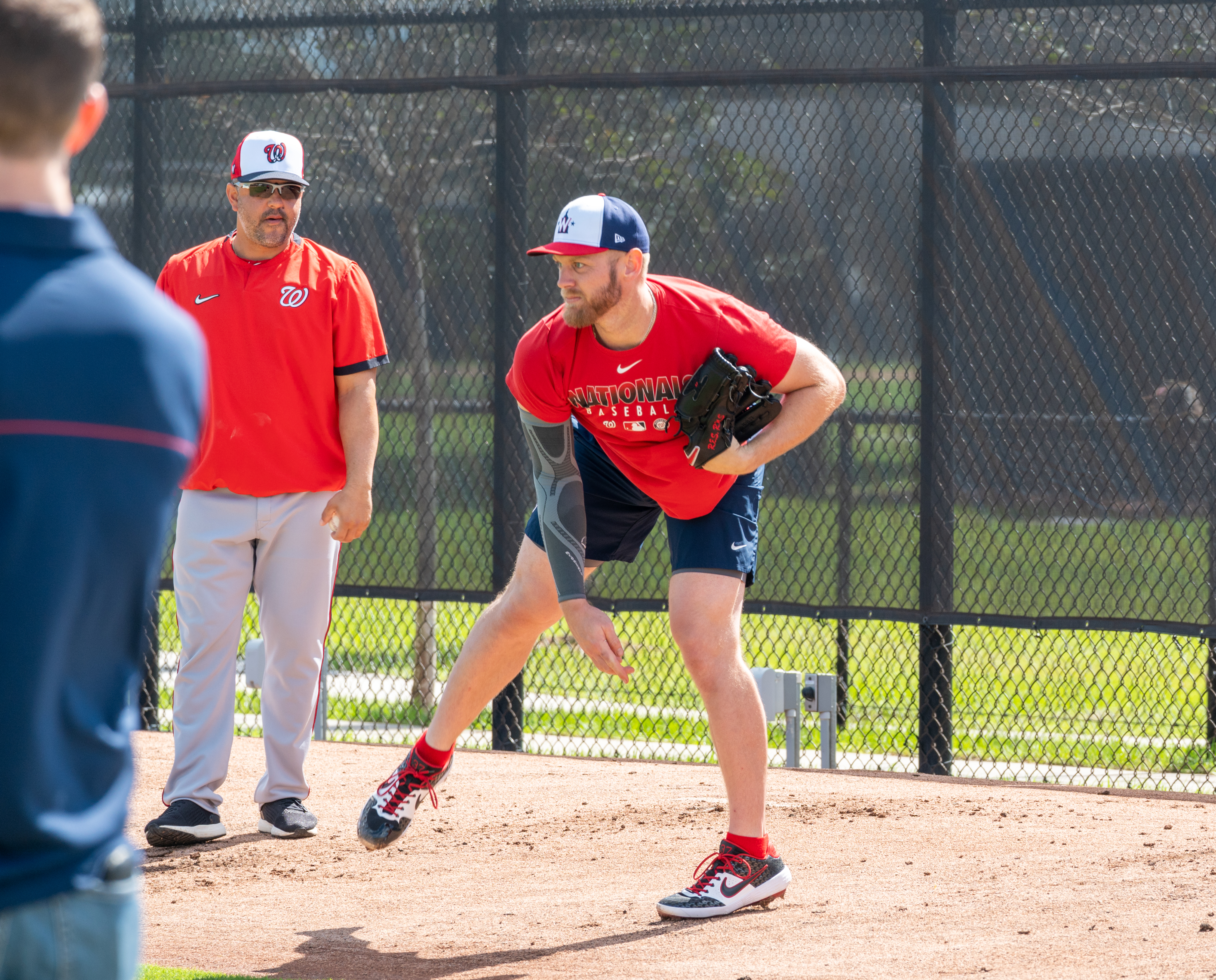 If you have the MLB app or the ability to watch ATT Sportsnet-SW, they can watch this Washington Nationals game today with Stephen Strasburg on the mound facing the Astros. This is the first broadcasted glimpse of Stras since August 14 of last year. The World Series MVP feels like the key to the Nats success in 2021.

For those with or without TV, this game is also available on Nats radio network with Charlie Slowes and Dave Jageler calling the game. One of the great things the Nats have done is beef up the radio coverage in this Spring Training due to the lack of television. For some of us old enough to remember back to the 1970s and prior before cable, radio was our only way to follow a game unless you attended in-person.

We are now at the halfway point in the Grapefruit League schedule of 24-games at the conclusion of this game. Time is certainly running short on the Spring Training schedule with the final game scheduled just 15 days away on March 29 then a two-day break before Opening Day on April 1.

So far, the company that has complete control of the Nats’ television rights, MASN, has yet to announce that they are going to broadcast any Spring Training games this year even though a writer with The Athletic indicated that they would broadcast games (yes, that is plural for more than one if you are keeping score on this debacle). So for now, if you want a visual on games you have to either go in-person to Florida or depend on the opposing team to provide TV coverage. The Marlins actually set a fixed camera behind homeplate to broadcast streaming video — truthfully, it is better than nothing.

The analogy someone used is that the MASN stranglehold on the TV rights is like the bully on the playground who just stole your lunch, and there is nothing you can do about it because the bully’s father owns the school. The school is not free. You pay a monthly fee yet feel like you are getting nothing in return. You could leave the school but the only problem is they are the only school in your region. That is MASN.

Expect a pitch count for Strasburg up to 50-60 pitches today and up to three or four innings. Today’s lineup has a mix of starters and bench players in this game against the Houston Astros who will be the home team for this game in their shared complex with the Nats that is known as The Ballpark of the Palm Beaches.

The Astros have Lance McCullers (RHP) starting for them in this game. There will be quite a few first-teamers in the Astros lineup.

In other news, the Nats made their first round of cuts, but really this was more formal separation of the 71 players in camp. Three players on the 40-man were cut. Remember, the 40-man has only 39 players currently. Jake Noll, Joan Adon, and Yasel Antuna were all technically optioned to Triple-A. There are 15 remaining players from the NRI list and 36 from the 40-man for 51 still in contention if no trades or waiver claims are made.

Here are the NRI cuts: