Game #11 with Joe Ross against the Mets in some Grapefruit League baseball! 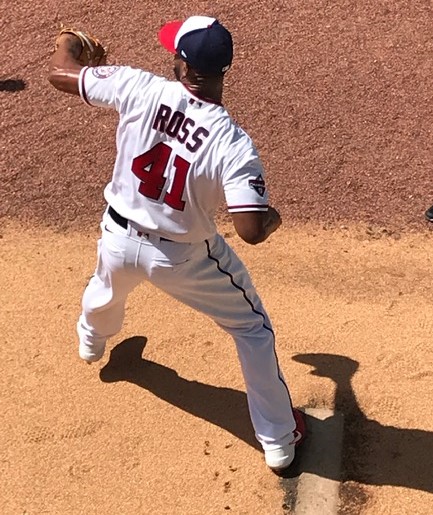 With Joe Ross as the presumptive fifth starter, the Nats rotation goes to Stephen Strasburg tomorrow followed by Max Scherzer then Patrick Corbin according to manager Dave Martinez. At some point the rotation will be reseeded and Jon Lester will be added into the rotation. For tonight, it is Ross versus the Mets.

This is also the same pitching matchup as we saw five days ago with the Mets starting the Hawaiian born, Jordan Yamamoto, to the mound to face what could be the Nats starting lineup on Opening Day against these Mets sans Hernan Perez who is the starting designated hitter tonight. If Max Scherzer pitches, it very well could be Alex Avila behind the plate with the other seven position players whether or not that is the batting order with Victor Robles batting first.

We are probably no closer than we were a week ago on trying to figure out who the frontrunners are for the last bench spot and the last bullpen spot(s). It seems that Andrew Stevenson is looking like the fourth outfielder which seemed a “lock” until it was reported that he had another minor league option remaining although that could be overturned in an arbitration hearing. Gerardo Parra is making his way back from the MCL knee ligament surgery and played in the “B” game this morning at The Ballpark of the Palm Beaches. It is unknown if Parra will be ready for Opening Day.

Also, there is still a question on when Jon Lester will be ready to pitch again. He is returning from thyroid surgery and has yet to pitch in a game in Grapefruit League action. Of course it is possible he is pitching on the back fields and could be seeded into the rotation by mid-week.

After a few days off with a sinus infection, Juan Soto returns to action. Once again, the lineup has Victor Robles leading off and Soto batting second followed by Trea Turner, Josh Bell and Kyle Schwarber. While this could be the Opening Day batting order, the Nats’ manager is not guaranteeing anything at this point but has said he likes Robles leading off. For those with a long memory, they remember Robles leading off in Grapefruit games before.

Last year, Davey Martinez said this: “I want to see how Robles reacts hitting at the top of the order. If he can start honing in on the strike zone and taking his walks, we could have — can you imagine just having Robles, Eaton, Turner, Soto, I think that’s pretty dynamic.”

Well obviously there is no Adam Eaton this year, but will we see Turner hitting after Soto, and Robles hitting before Soto? When Dusty Baker was writing lineup cards for the Nats, he used to say, “if ain’t broke don’t fix it.” Both Soto and Turner were top MVP candidates last year batting Turner in the leadoff and Soto in the 2-hole. Just a point. 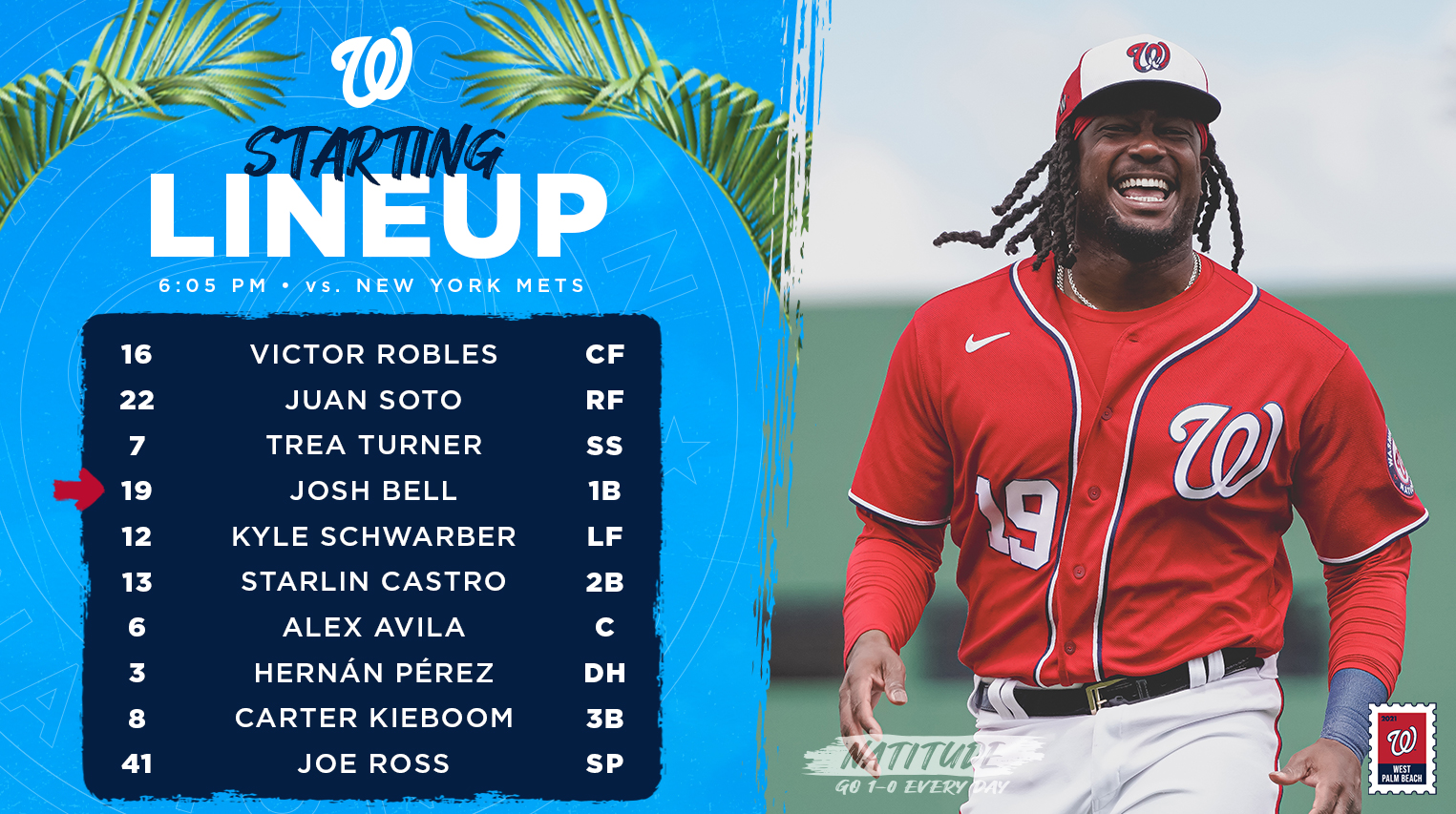