The 2021 Grapefruit Opener #Nats vs. #Cardinals in Game #1 of Spring Training 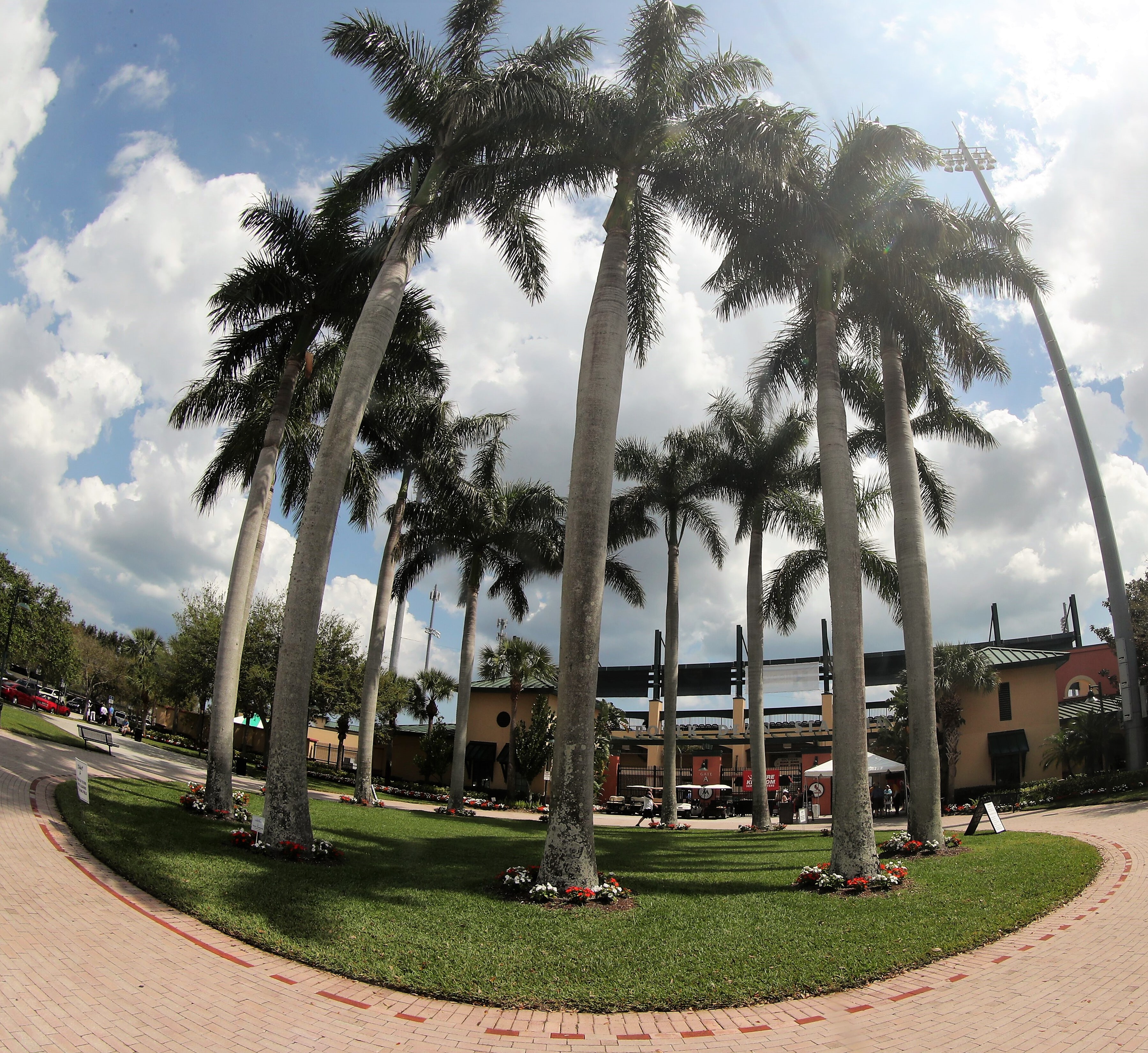 Photo of the front gates of Roger Dean Chevrolet Stadium in Jupiter by Sol Tucker for TalkNats.com

Two months ago it did not look like Spring Training games were going to be played in the month of February, and with a few tweaks we get the start to a 24-game Grapefruit League kickoff for Opening Day. The Nats travel the 14-miles up I-95 which is also great for Nationals fans to make the short drive up the road to see the team in another venue, and today they get to see Erick Fedde on the mound. For the Cardinals, they give right-handed Jack Flaherty the start who was already named the Cards’ opening day pitcher.

Don’t read too much into a lineup that has Juan Soto taking the day-off. We will get to see former Red Sox top prospect, Blake Swihart, behind the dish for the Nats as Fedde’s catcher. At third base, it is Hernan Perez in the spot you would expect Carter Kieboom to be occupying.

“We got our young guys that are ready to go and healthy — Fedde, and you’ll see Austin Voth here soon,” Martinez said. “We’ll get those guys out there followed by a lot of other young guys. We want to make sure that the [veteran] guys — Stras and these guys — are built up and ready to go.”

When the Nats’ manager is referring to the young pitchers who are healthy, keep in mind that Max Scherzer tweaked his ankle, Stephen Strasburg is returning from 5.0 innings pitched during the 2020 season due to carpal tunnel neuritis, and Joe Ross opted-out of the 2020 season. Sure, Patrick Corbin or Jon Lester could have pitched, but Davey wants to see what guys like Fedde has and expect that Voth will start tomorrow’s game. On Tuesday with an open date on the schedule, Seth Romero will pitch in an intra-squad game.

Keep in mind that the rulebook on game length and pitches per inning are more flexible for the first two weeks of games. MLB and MLBPA do not want preventable injuries. Teams have the option of playing five to nine innings, and the Nationals and Cardinals agreed to play a full 9-inning game and end it there even in a tie. Managers can stop a half-inning before three outs are recorded if a pitcher has thrown more than 20 pitches. Both teams will also play with a designated hitter.

The Cardinals will have a few familiar names out there like Paul Goldschmidt , 1B, Nolan Arenado , 3B, and Yadier Molina catching. They acquired Arenado in a nifty trade last month and finally re-signed their future Hall-of-Famer catcher this month.

Expect a normal start early in Spring Training to be two innings and about 25-35 pitches. As far as the weather goes, rather blows, it will be windy at times with a typical Spring Training crosswind of 16 mph and 82°F under mostly sunny skies.