The international signings period begins in a dozen days! #Nats could add some key prospects to the farm like Armando Cruz! 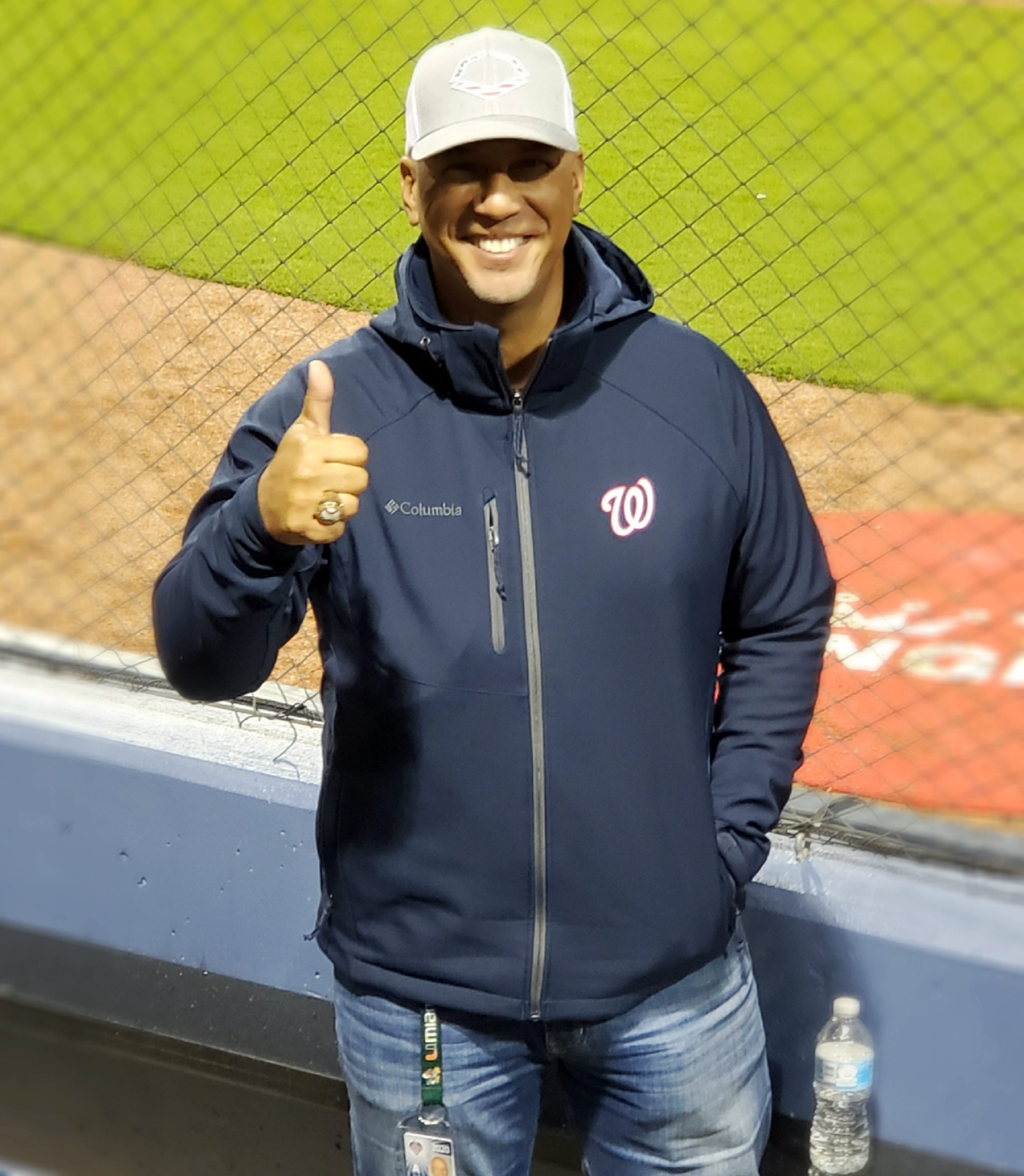 We are just a dozen days away from the start to the international signing period that opens on January 15, and the Nats are supposed to make a big splash by signing shortstop Armando Cruz who is currently ranked № 2 in the projected amount paid in a signing bonus among all of the international free agents according to Baseball America. He could also be tied for first depending on the amount paid to the 22-year-old Cuban, Pedro Leon. On MLB Pipeline’s list, Cruz ranks 4th overall among all of the prospects. The teenage Dominican turns 17 in a few weeks, and he will cost the Washington Nationals about $4 million to sign. He immediately will be a Top-10 prospect in the Nats system once the prospects are re-rated.

They expect Cruz to keep growing and at his last measurements listed him at 5’11” and 170 pounds. Baseball America describes Cruz as a “defensive wizard with phenomenal hands and a strong arm (92 mph velo), combining the ability to make acrobatic, highlight plays along with the internal clock and game savvy well beyond his years.”  MLB Pipeline is more bullish on his offensive skills. They wrote, “The shortstop’s hands also play in the batter’s box. The right-handed hitter has shown good bat speed and a slight upstroke with his swing. He consistently barrels up the ball and is proficient at hitting line drives across the entire outfield. Power isn’t part of his game, but he still projects to add strength to his overall game as he matures.”

The 16-year-old is a slightly above-average runner now with basestealing potential. His speed is expected to be a plus tool in the future according to MLB Pipeline. Scouts also love his baseball IQ and overall makeup.

Cruz travelled to the U.S. for Perfect Game showcases in 2017 and 2018 and did very well. He is trained by John Carmona, a member of MLB’s Trainer Partnership Program, in Santo Domingo. Cruz chose Rafa Nieves at Republik Sports to represent him according to a source. Nieves also represents Victor Robles and Yasel Antuna on the Nats.

Physically, Cruz’s body type and appearance will remind many of a young Alfonso Soriano with the high waist and long lean legs and slender build. He has the flair of Fernando Tatis Jr. in the infield. Maybe some with old-school visions will be turned off by the flashiness of Cruz, but scouts unanimously love him. The Nats evaluators made his deal back in the spring and everything just hinges on making it official on January 15.  Baseball America did their initial writeup on June 25th and had Cruz to the Nats.

The Nationals have a $5,348,100 international bonus pool. Cruz will bite into that total for 75 percent. That will leave just enough money, according to Baseball America, to sign Dominican outfielder Ramiro Altagracia for around $500,000 and possibly Venezuelan righthander Genderson Zapata as another player the Nats were rumored to want.

Spending most of the cash on one player is risky. But if Cruz becomes the franchise shortstop of the future, then it is money well spent. Some might ask, what about Trea Turner? Well, fact is Trea is only under team control for two more years. If the Nats extend him (which we hope the Nats do) then it could be Cruz getting eased in at 2nd base. First things first, Cruz has years to develop his bat. Defense-first shortstops find themselves more as bench types, so yes, Cruz will have to show he can hit and at his age he will have years to learn unless he lands on the fast-track like Juan Soto.

Getting Cruz is another tribute to the Nats’ Johnny DiPuglia who was previously the Director of Latin American Operations and promoted to V.P. and Assistant General Manager in 2020 in charge of international operations.

DiPuglia was hired in 2009 to be the point person for Mike Rizzo to rebuild the Nationals’ Latin American reputation. DiPuglia had his work cut out for him. He also had to improve the scouting and development department. After the Esmailyn “Smiley” Gonzalez scandal brought down former GM Jim Bowden and several people below him, it was an uphill climb. The Nats built a baseball academy in the Dominican that will probably house Cruz after he signs.

Internationally, the Nats laid low for a few years after “Smiley-gate” and while it took time, DiPuglia brought back the confidence with so many key signings through the years from Soto, Garcia, Robles, and Wander Suero to players used in trades like Reynaldo Lopez and Eddy Yean. Some of the top prospects in the Nats system came through international signings like Yasel Antuna, Andry Lara, Israel Pineda, Joan Adon, Jeremy De La Rosa,  Roismar Quintana, Daniel Marte, and others.

With that confidence in the Latin American market, the Lerner ownership group continues to spend the cash. In contrast, at the same time other teams have cut back on all of their spending. The process is geared towards quality over quantity. While the system is far from perfect when you are signing teenagers who would be the equivalent age of freshmen and sophomores in High Schools in the U.S., DiPuglia and his staff have a great track record.

When the Nationals made Antuna their top signing in the 2016-17 international period and signed him to a $3.9 million deal, it was a franchise record at the time and Cruz looks poised to eclipse that amount.

Injuries delayed Antuna’s progress, but in 2020 at the alternate training site, he jumped up the prospect ratings charts with a great showing.  Baseball America published their Top-10 prospects in the Nats system, and Antuna is now Nº 4 on that list. Don’t forget, Antuna as well as Garcia are listed as shortstops. We saw Garcia make his Nats’ debut as a second baseman.

We had a conversation with Yasel Antuna in Spanish, and this was my attempt to translate it back:

“I see myself playing as a shortstop, but I also have the skills to perform at third base or anywhere they want to play me,” Antuna said.

If you recall, Antuna had Tommy John surgery and also had some leg injuries that held back his growth. He feels that the progress he made at the Alternate Training Site this year was a big step up. Evaluators who ranked Antuna seem to agree.

“I am super healthy, strengthened physically and mentally,” Antuna continued.

What all this means is the farm system is getting stronger for the Nats. That is a real positive after the team graduated their two top prospects in 2020. Both Carter Kieboom and Luis Garcia went from the ranks of being prospects to rookies.