Another game, another hit for the teenage prospect Luis Garcia and the man who scouted him: Jonny DiPuglia! 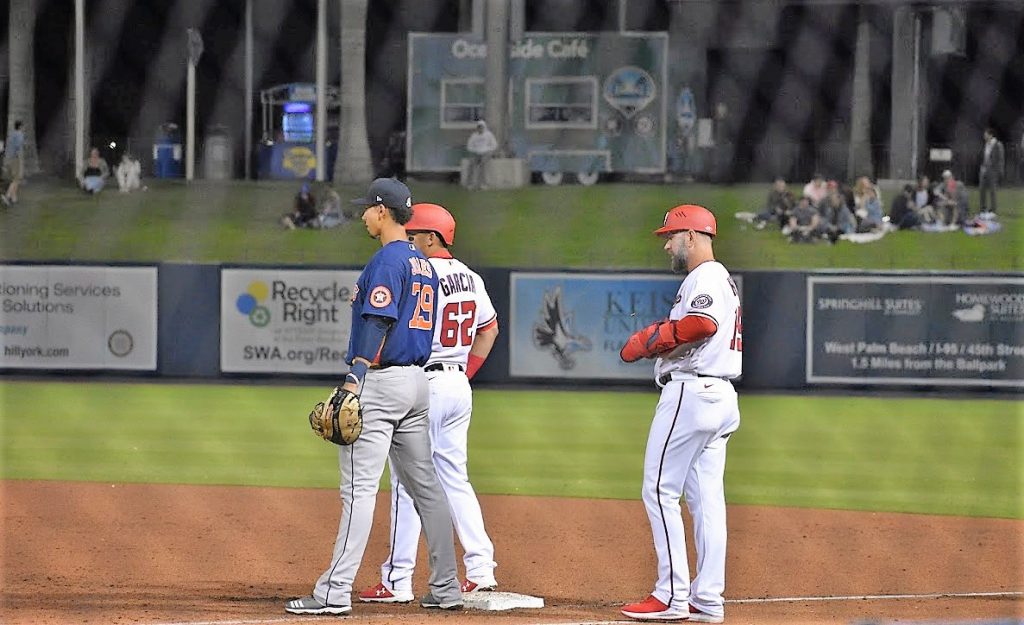 Okay, Jonny DiPuglia has no hits to his record, but the players he has scouted and signed have plenty of key hits on their record and helped the Washington Nationals win a World Series. Another one of Jonny’s youngsters is impressing in a Nats uniform, and his name is Luis Garcia. Expect him up sooner than later. The teenager is often mistaken for Juan Soto due to his similar size and appearance. Both have great smiles, and Garcia will be a fan favorite too. He is batting .429 with a 1.000 OPS in Spring Training. Don’t expect him to be the second coming of Ted Williams, or Soto for that matter, but there is a chance that he will be on the high trajectory that some saw a few years ago at the Nationals’ Dominican Academy. He is just another of DiPuglia’s great finds in the Caribbean. 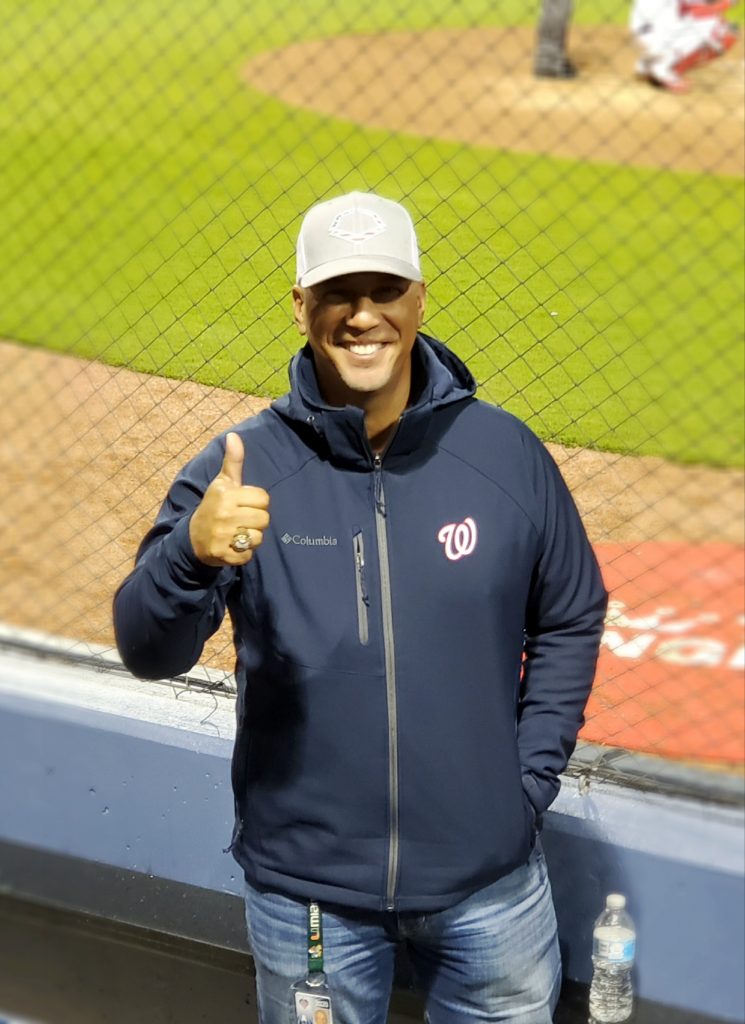 After last season, DiPuglia was named the 2019 International Scout of the Year by the Scout of the Year Foundation and presented a plaque at the 2019 Winter Meetings. During his tenure with the Nationals, he has been involved in scouting, signing and the development of current Nationals like Soto, Victor Robles, Wander Suero, and Garcia.

When the Nats started to improve and move out of the top-10 spots in the amateur draft, the only way to improve the talent equally was to move the resources into the Latin American countries and there is not a chance that the Nationals win without Soto and Robles and the efforts of DiPuglia and his staff. His father, also Luis Garcia, is a former big leaguer. The timing was perfect when the Lerner family moved millions of funding into the Dominican Academy. The 2014 and 2015 signing class that included Soto in 2015 saw record signing bonuses paid.

Paying Soto that $1.5 million signing bonus seems like a bargain now, but this was the same Nationals team that was burned in the fraudulent signing of Smiley Gonzalez for similar money nine years earlier and with the inflation factor was actually more than Soto was paid. With Smiley-gate, the Lerners shied away from doing bulk Latin American signings for several years after they parted ways with former G.M. Jim Bowden. The discovery that the 16-year-old prospect known as Smiley Gonzalez was actually Carlos Alvarez set the team back light years in terms of progress. The fraudulent deal was completed at $1.4 million in 2006 and was money wasted in more ways than one. Alvarez was actually 20 and 4-years-older than the age of 16 on his false birth documents which led to the removal of Bowden and top adviser Jose Rijo — and it put Rizzo ultimately in charge.

When the Lerner’s learned through an affidavit signed by Alvarez that Rijo was kicked back $300,000, they felt used by those they trusted. Of course Rijo denied receiving any of Smiley’s signing bonus. Alvarez also had to pay his buscon, Basilio Vizcaino, a cut of his bonus, and that often ranges up to 30 percent as is typical for players in Latin America.

The first wave of players under Rizzo and DiPuglia took time, and there was the arrival of Wilmer Difo in 2010, and it has only gotten better since then. In the system through DiPuglia’s efforts are players like Andry Lara, Eddy Yean, Yasel Antuna, Jeremy De La Rosa, Israel Pineda, Roismar Quintana, and Joan Adon. Of course there are more and others were traded to get some of the players the Nationals now have like Reynaldo Lopez who was in the 2012 class of signings in the Dominican Republic. Lopez was part of the deal to get Adam Eaton.

When the Nationals were teetering on going over the CBT tax threshold in 2019, they were also stabilized with minimum salary players on their roster by going with Soto and Robles. Their combined cost was under $1.2 million last year and just over that sum in 2020.

In perfect timing, Jim Bowden, who also writes for The Athletic, put Robles as his #1 pick for a breakout season. Here is what Bowden wrote:

Robles is one of the hardest-working young players in the game. Last season, he came out every day to work on his defense with third base and outfield instructor Bobby Henley. He’d work on jumps, angles, going back and coming in on balls, wall management and his range. By season’s end, he had become a Gold-Glove-caliber center fielder. He continues to work on his offense and as long as his skipper, Dave Martinez, plants him at or near the top of their lineup this year, there is no reason why he can’t hit .280 with 25 home runs and 30 stolen bases.

Last year the Soto/Robles combo put together a WAR of +7.3 making them the most productive pair of outfielders on the same team under 24 years old. Fangraphs is bullish on the pair this year, and they are a combined projected +7.9 WAR and would anyone be surprised if they exceed an +8.0 WAR?

Baseball America projects their lineup in 2023, with their 2023 ages in parentheses, and you can see the impact of the  Latin American signings:

The Nationals expect to have a big signing class for 2020 in their international signings. 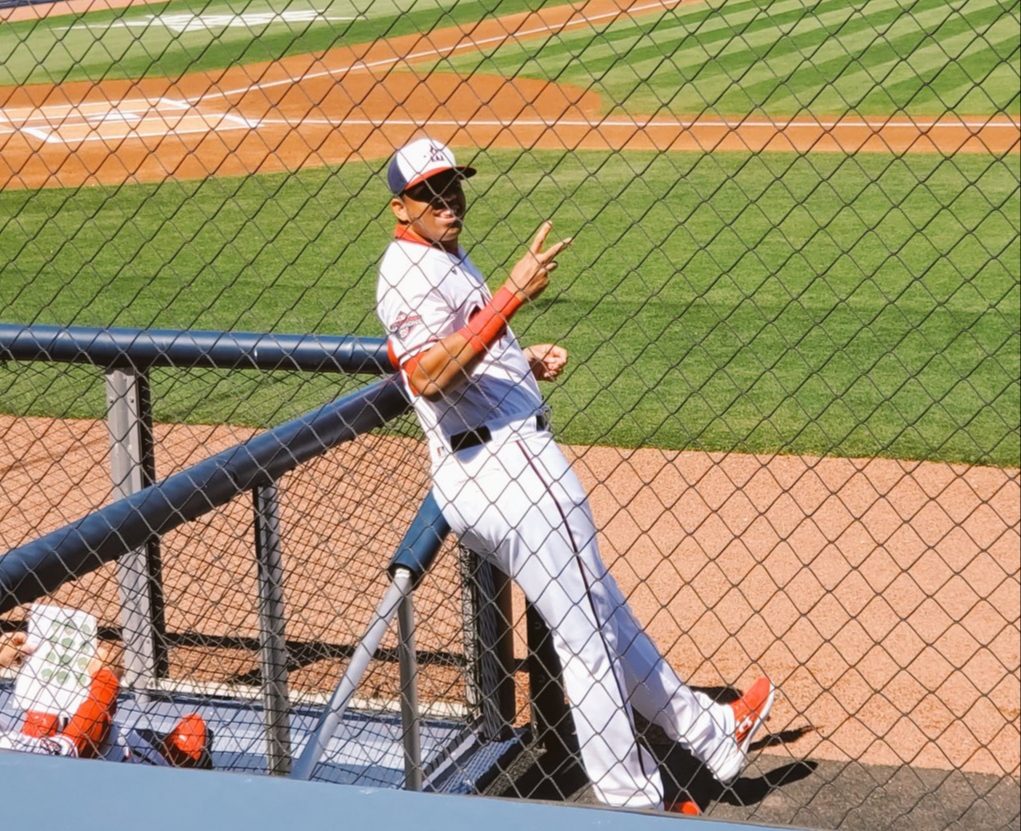 This entry was posted in Analysis, Prospects, Roster. Bookmark the permalink.
← Previous Article | Next Article →