Game #18 We are a sweet 16 days to Opening Day with so many unanswered questions! 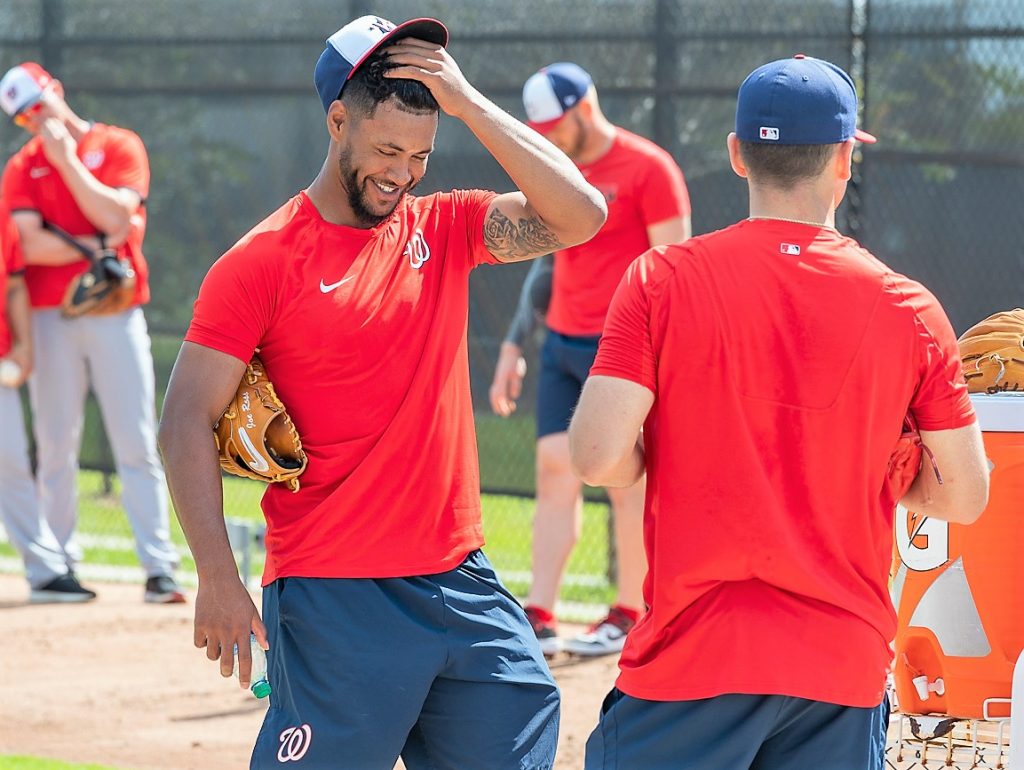 It is a head-scratcher on who the #5 starter will be; Photo by Craig Nedrow for Talknats

There are more unanswered questions today than there were when Spring Training camp opened in early February. With lingering injuries to setup man Will Harris and starting rightfielder Adam Eaton, those issues are just layered with all of the questions we had before camp opened like who the starting third baseman would be, who would fill-out the bullpen and bench, and who would be the fifth starter in the rotation. We are no closer on answering any of those questions definitively.

On top of that, we have watched several projected starting position players struggle at the plate like Starlin Castro who is batting .050 with just one hit in twenty at-bats. There is the curious case of reliever Hunter Strickland who has looked a lot like the Hunter Strickland of last year — and that is not a good thing. Strickland survived the first severance day of Spring Training so it looks like he could make this team, but is he part of the best 26 to go north?

Sure, all teams have their share of question marks, but the Nats seem to have more than prior seasons or maybe it is just recency bias that is convincing us that it is the case. We had similar concerns last year in Nats camp.

There is a game to be played today at Roger Dean Chevrolet Stadium in Jupiter, Florda against the Miami Marlins. There is radio coverage on the MLB app via the Marlins radio crew. The Marlins will be pitching the left-hander Caleb Smith.