The virtual Winter Meetings has some first day action! 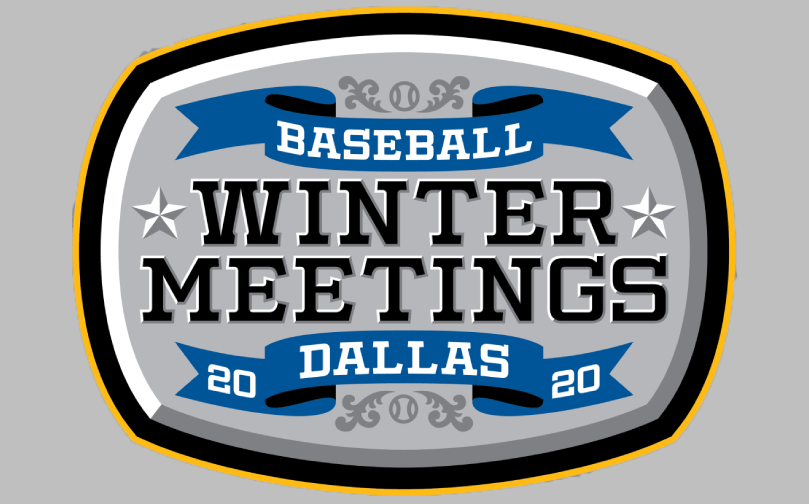 The first day of the Winter Meetings saw some action in trades. The White Sox traded former Nats top prospect Dane Dunning for Lance Lynn. It was Dunning who was part of the trio of players sent to the White Sox in the Adam Eaton trade exactly four years ago to the day.

The Cincinnati Reds who appear to be cutting payroll as they traded their closer Raisel Iglesias to the Angels. Last week the Reds non-tendered a few players including Archie Bradley. In a year where the NL Central looked to be up for grabs, the Reds are back to penny pinching. That is an alarming trend we are seeing among teams in the central divisions.

With no clear direction on MLB/MLBPA talks, there was not a lot of news to report on rumored negotiations that include expanded playoffs for 2021 to possibly amending the schedule. We have heard whispers of a shorter season, a delayed start to the season, and a longer postseason.

So far, there has been no movement on a universal designated hitter. With a year left in the current collective bargaining agreement, the DH across both the AL and NL seems like a certainty for 2022.

Normally the Winter Meetings get going with super agent Scott Boras in attendance and holding center court with the media. Even if there were meetings in-person, Boras only has one free agent in the Top-100 with James Paxton, but he certainly would discuss a possible trade of Kris Bryant. We have gotten used to new Borasisms like “Playoffville”, “Veteranism”, “Playoff Calibration” and “Team Hibernation”.

The Nationals did make an acquisition today with a waiver claim of RHP Rogelio Armenteros who general manager Mike Rizzo took off of waivers from the Arizona Diamondbacks after he was claimed by them just a little over two weeks ago from Houston. That move boosted the Nats 40-man roster to 34 players. Armenteros has been used as a back-end starter as well as a long-man in the bullpen. He has one remaining MiLB option.

Armenteros played for Industriales of the Cuban National Series in 2011 and 2012. In September 2014, he signed with the Houston Astros as an international free agent. The righty made his MLB debut with the Astros in 2019 and then was injured and missed the shortened 2020 season when he required surgery to remove a bone spur from his pitching elbow. The 26-year-old adds depth for the Nats for both the starting rotation and the bullpen.

Below is a chart showing the 40-man players, the projected AAV salaries, estimates for the two remaining arbitration-eligible players (Trea Turner and Juan Soto), and what we believe are up to 5 open spots on the active roster. 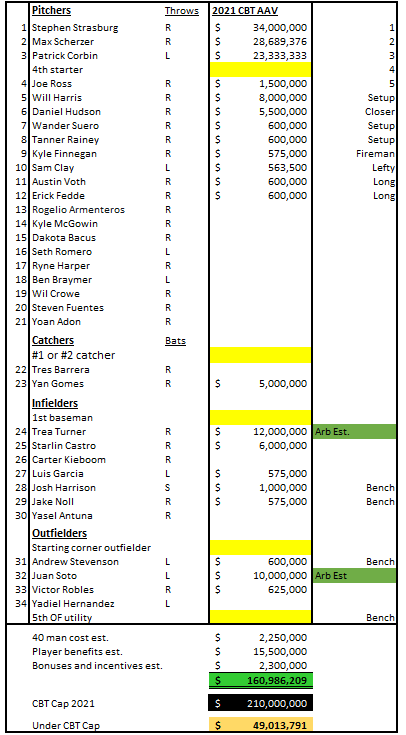 The question remains as to who Rizzo is targeting for acquisitions that could come through free agent signings as well as trades? The other unknown is to how much cash Rizzo will be able to spend.

With a decent start to the first full day of the “virtual” Winter Meetings, we will see what action happens on the second day! Over at The Athletic, they have created a running recap of every move where you can see all of the moves yesterday and the ones before that.