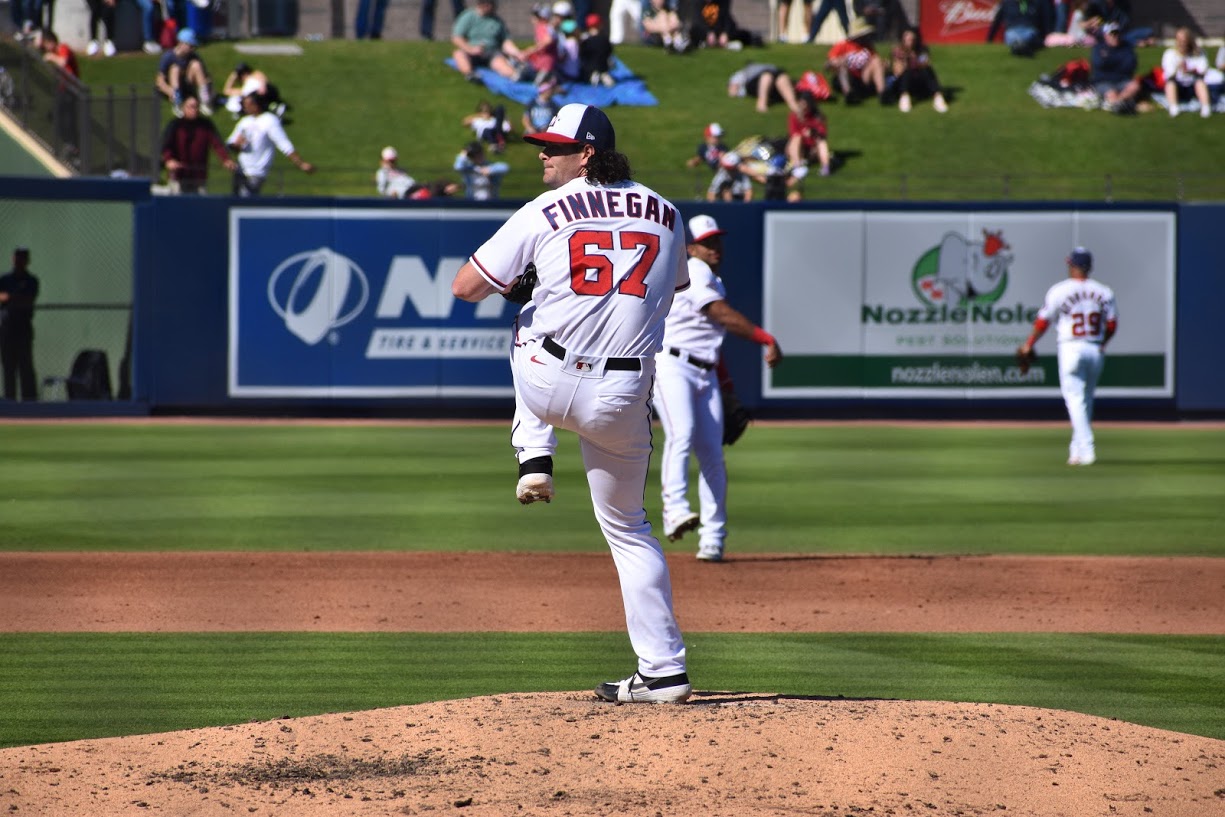 Two games in a row the Nats took a 5-0 lead into the middle innings to see the lead squandered in the bullpen, but on this night in extra innings the combination of Kyle Finnegan (2 IP 0 ER) and James Bourque (1 IP 0 ER) held the Braves scoreless, and Michael Taylor hit the walk-off single to win it in the 12th inning.

You would have a hard time picking the stars in order of importance,  Yan Gomes was the star in regulation going a triple shy of a cycle, and Trea Turner and Juan Soto were on-base all night, but credit to Taylor after failing on a bunt in the 10th inning — he more than redeemed himself in the 12th against lefty Grant Dayton. It was Finnegan who had to inherit a runner on second base to start each inning, and if not for a bunt single, he was perfect and pitched around a runner on third with no outs after the bunt single. In all, he held the game at a tie in Hi Lev in the 10th and 11th innings.

The Nats defense was excellent in this game started by Erick Fedde who exited with 5.0 innings and a 5-2 lead. It was Daniel Hudson who had a 3-run lead in the 9th and he loaded the bases with two outs and gave up 3-runs to exit with a 7-7 tie.

It was the Braves who left 22-runners on-base and could not take advantage of multiple opportunities. But credit to the Nats for making big plays when they had to.