Game #43 Nats have Fedde on the mound tonight! 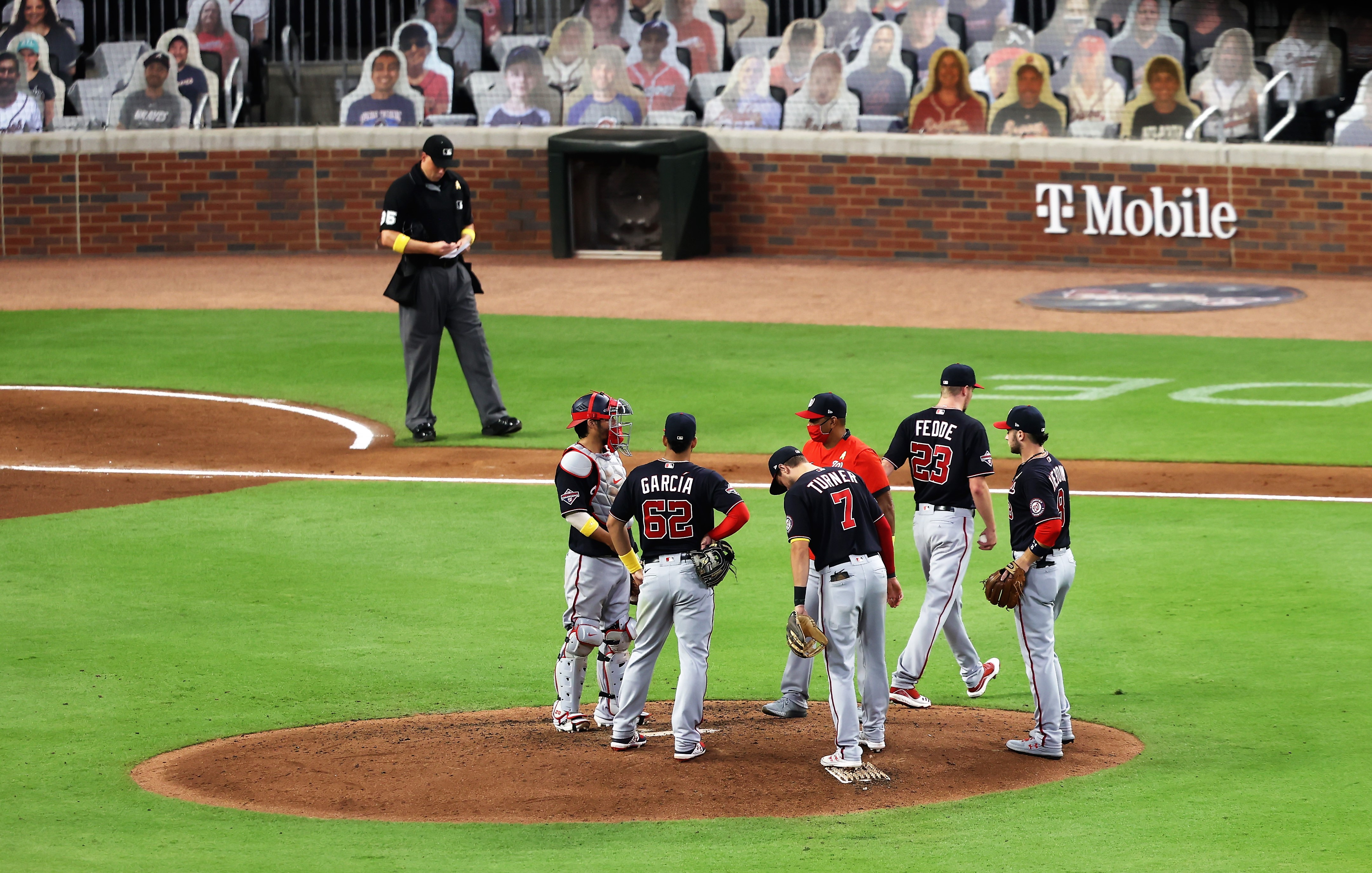 A familiar scene of a starter departing before the 5th inning; Photo by Sol Tucker for TalkNats

It is time for Erick Fedde to show he is ready to be a starter on this team, and tonight is as good as any to show manager Dave Martinez and general manager Mike Rizzo that he is the person for that job. Between Fedde, Austin Voth, and Anibal Sanchez, they have been departing games before the fifth inning. That has to change.

The Nats enter this game at 16-26, and their vision needs to be on the future, as in 2021 and beyond. The 20-year-old, Luis Garcia, is back in the lineup and so is Carter Kieboom. The spotlight is on both of them to step up to take the one spot in next year’s infield that appears to be up for grabs as Trea Turner and Starlin Castro will take two of the spots.

The 6th top player by WAR is Trea Turner who is rated above a guy named Mike Trout and Freddie Freeman. For 5 years TalkNats has written multiple pieces about Trea Turner’s ceiling. Three years ago we wrote that he should be an extension candidate. pic.twitter.com/dLF87PHUME

As expected, Sean Doolittle was placed on the 10-day IL and most likely done for the season and possibly his career with the Nationals as he is expected to be a free agent after the season. To take his place, Ben Braymer will once again join the roster.

“I try not to think about it. (Emotional) It’s sad. Right now, I don’t want to think about it,” manager Dave Martinez said with regards to how the team could part ways with several veterans after the season like Doolittle.

On this 9/11, the Nats will do special pre-game ceremonies for first responders and victims of that tragedy.