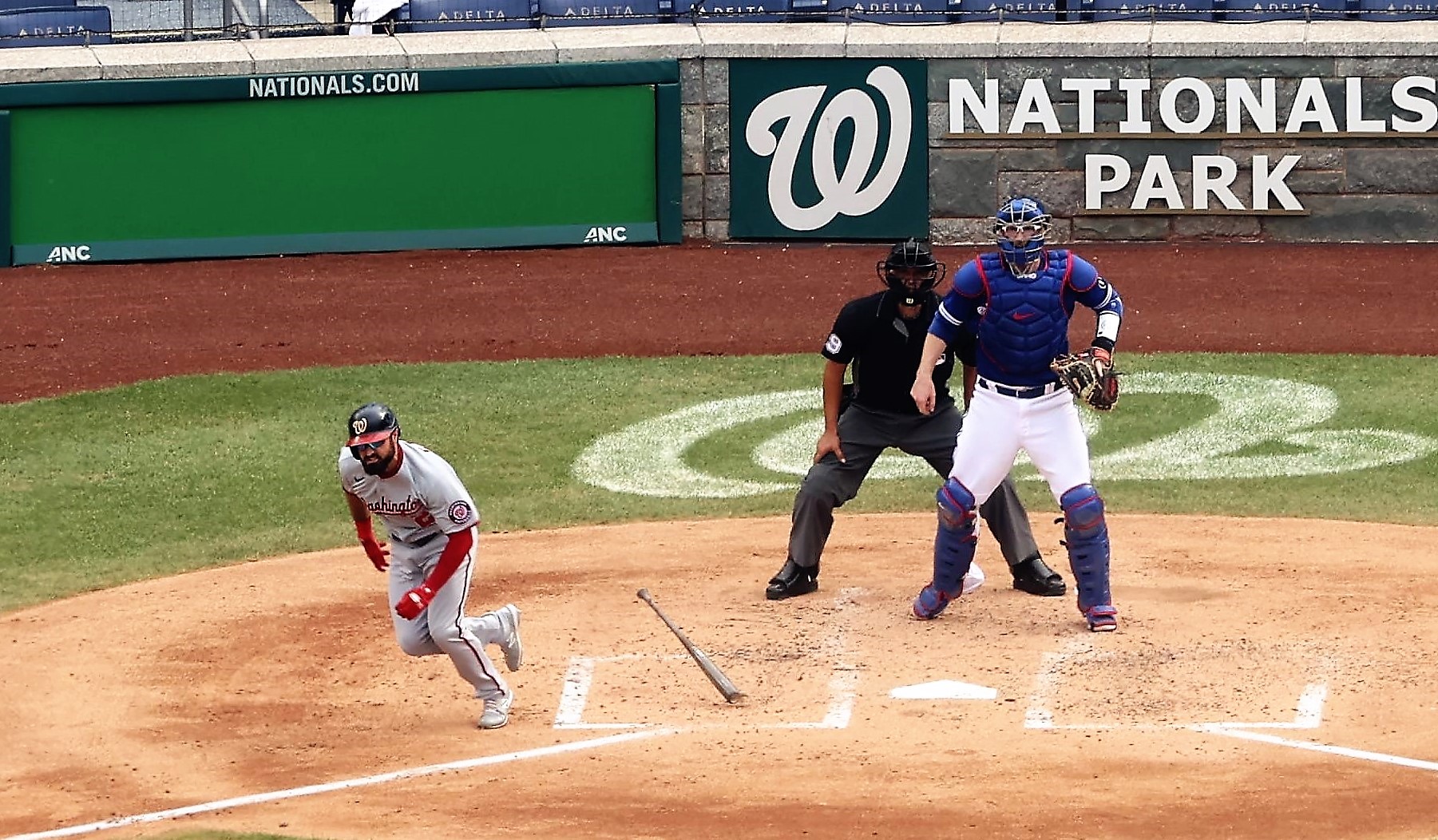 Eaton had his best game of the season; Photo by Sol Tucker

This was a gut punch loss. The Nats were in control by a 5-0 lead and slowly the Nats starter Austin Voth was bending and had to be pulled at 4 1/3 inning and 3 earned runs. With a 5-3 lead, the Nats could not hold that and lost it in the bullpen as Wander Suero was charged for one run, Will Harris with two runs and the blown save, and it was Tanner Rainey who took the loss as he gave up the final run of the game.

The use and usage of Nats pitchers seemed like it did not play to the best matchups. But also you have to question the fact that Voth was faltering early and was left in the game. The Braves starter, Robbie Erlin, was pulled at 1 2/3 innings. While the Braves look to be cruising to the postseason, their manager showed greater urgency than the Nats manager. It was costly to Dave Martinez‘s bunch.

To add insult to injury, set-up man and former closer, Sean Doolittle, had to exit after facing one batter and departed with what looked like an injury to his lat or oblique.

For Adam Eaton, he had his best game of the season on offense and defense and had the Nats biggest hit of the game with a 2-run home run to go with a single. Unfortunately, it was not enough as this loss seemed to focus on the Nats pitchers who did not execute.

Maybe the difference was the Braves left three runners on-base while the Nats stranded nine. One thing for sure, the homeplate umpiring was horrible. It was embarrassing how bad the strike zone was tonight and it cost the Nats dearly.