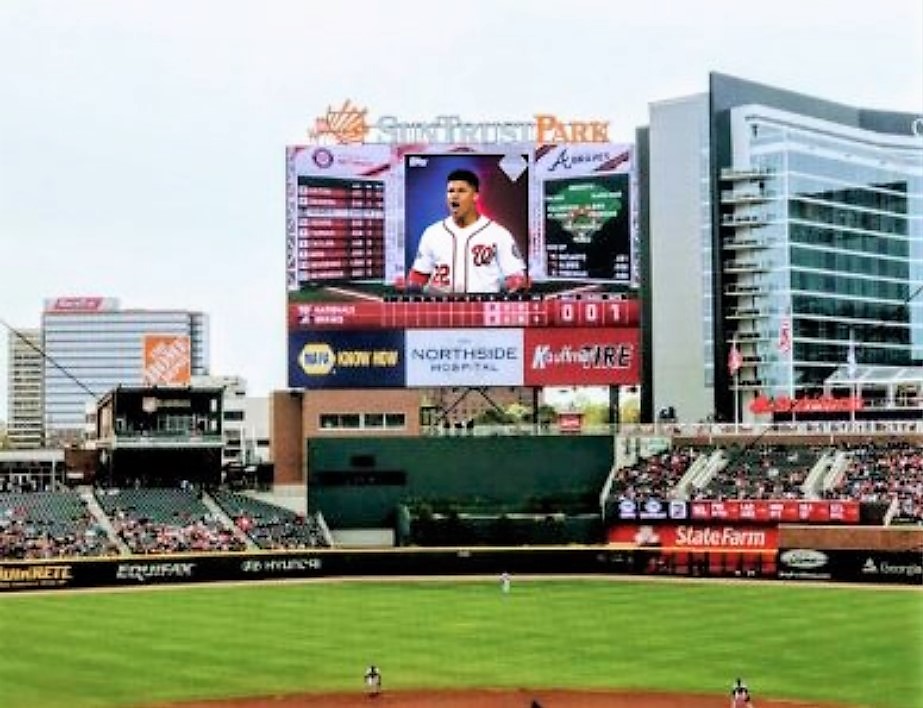 The name has changed to Truist Park and Juan Soto is not available; Photo by Sol Tucker for TalkNats

The Nats got the unlucky draw to face Max Fried today. Not only is he 6-0 on the season, but he also has the top ERA at 1.60. For the Nats, they go with the struggling Erick Fedde, and an over-worked Nats bullpen. Not only is Fedde struggling with a 4.71 ERA, he just has not been going deep into games.

Manager Dave Martinez leaned hard on his “A” bullpen last night and in Thursday’s game in Philly. In the past two days, Wander Suero has thrown 35 pitches, Tanner Rainey at 38 pitches, and Daniel Hudson has thrown 44 high octane pitches. To a lesser extent, Kyle Finnegan has thrown 25 pitches , Will Harris 31 pitches, and  Dakota Bacus threw 25 pitches in the first game of yesterday’s doubleheader and warmed up on Thursday but did not enter the game.

How will Martinez manager his bullpen with only Ryne Harper, Sean Doolittle, and Kyle McGowin. For those who did not realize, McGowin was added to the roster minutes before Wednesday’s game when the Nats  placed RHP Javy Guerra on the 10-day Injured List with a left hamstring strain.

The Nats and Braves both have their share of injuries. Both rosters are missing key pieces like no Ozzie Albies and Mike Soroka for the Braves, but the Nats are without Starlin Castro,  Stephen Strasburg, and now the Nats will play without Juan Soto and Adam Eaton who are both banged up. The Braves saw Nick Markakis opt-out like Ryan Zimmerman, however, Markakis returned to their team three weeks ago. Normally the Nats would have been pitching Joe Ross as their number five pitcher, and as you know, he opted-out also. That has forced the Nats to pitch Fedde for Strasburg, and Austin Voth for Ross.

Going up against a lefty starter, Davey would have Josh Harrison starting, but now he is a question mark with a wrist contusion and Michael Taylor would substitute for Adam Eaton. Now the team has to sub for Juan Soto, and Carter Kieboom was activated today from the taxi squad. To make room for Kieboom on the active roster, the Nats have DFA’d Wilmer Difo who has been with the team since 2015.

In the short-term, it was good news that Soto was not placed on the IL, and the really big news of the day beyond Carter Kieboom’s activation was general manager Mike Rizzo’s contract was extended on his base deal for three more years. We will have more to write about this shortly.