Nats win after they blew a 4-run lead and end the 7-game losing streak! 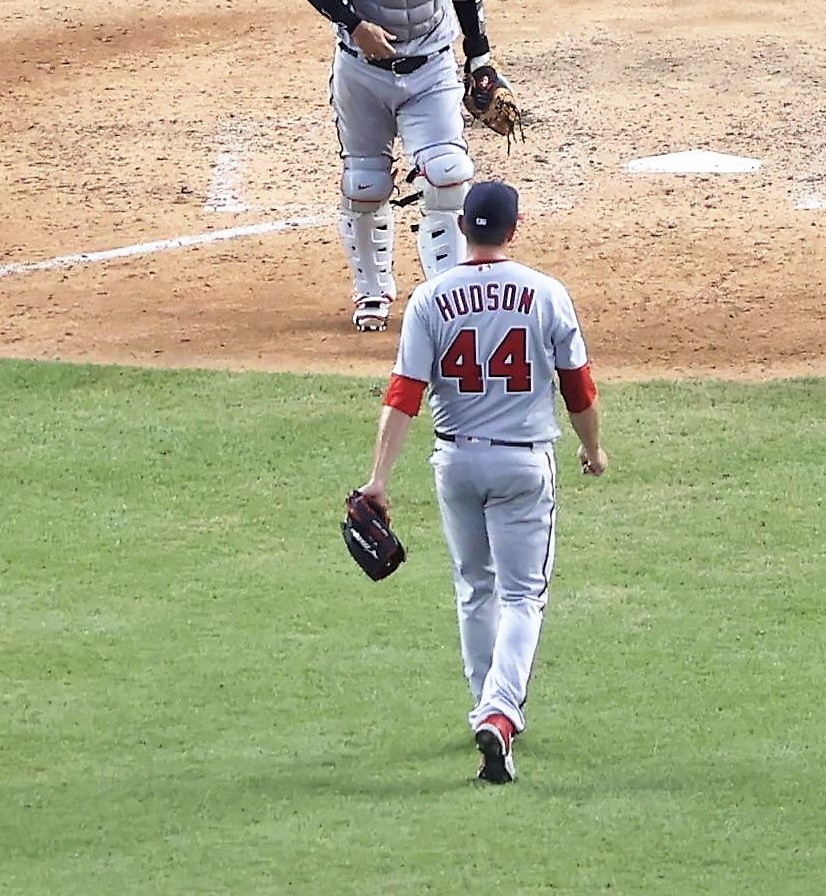 Daniel Hudson with the save!; Photo by Sol Tucker for TalkNats

The final score was 10-9 and the Nats squeaked by to win this one to end their seven game losing streak. The Nats did not have Juan Soto or Adam Eaton who are both nursing injuries, and players like Michael A. Taylor, Luis Garcia, Brock Holt, Wilmer Difo, and Eric Thames stepped up in this game.

With this win, the Nats improved to 13-24. The bullpen took over for spot starter Wil Crowe and had to cover four innings, and the over-worked bullpen saw Tanner Rainey get collared with a blown save after he surrendered a grand slam to Freddie Freeman. But it is hard to blame Kyle Finnegan, Rainey, and even closer Daniel Hudson who all ate earnies in relief. But in the end they got it done.

We wrote this morning that manager Dave Martinez leaned hard on his “A” bullpen last night. Wander Suero threw 23 pitches, Tanner Rainey threw 17, and Daniel Hudson threw 28 high octane pitches. In addition, Kyle Finnegan, Will Harrris, and Sean Doolittle had to pitch in the 10-inning affair that ended in a Nats loss. Harris pitched again tonight and turned in his best performance as a Nat and Wander Suero pitched a scoreless inning.

The way these bullpen arms stepped up showed what they are made of. Now the whole bullpen feels like they will have a hard time piecing together relievers for tomorrow as this doubleheader certainly ate a lot of innings.

“Juan Soto had an MRI, and the MRI was clean,” Martinez said about Soto’s elbow and Harrison’s wrist. Martinez said Soto will need a few days.  “Josh Harrison has a contusion. We got lucky on that one because he got hit pretty good.”

In addition to the other injuries, Josh Harrison exited the game early after a hit-by-pitch on his wrist. The team is limping along, and you have to think Carter Kieboom will be activated tomorrow.