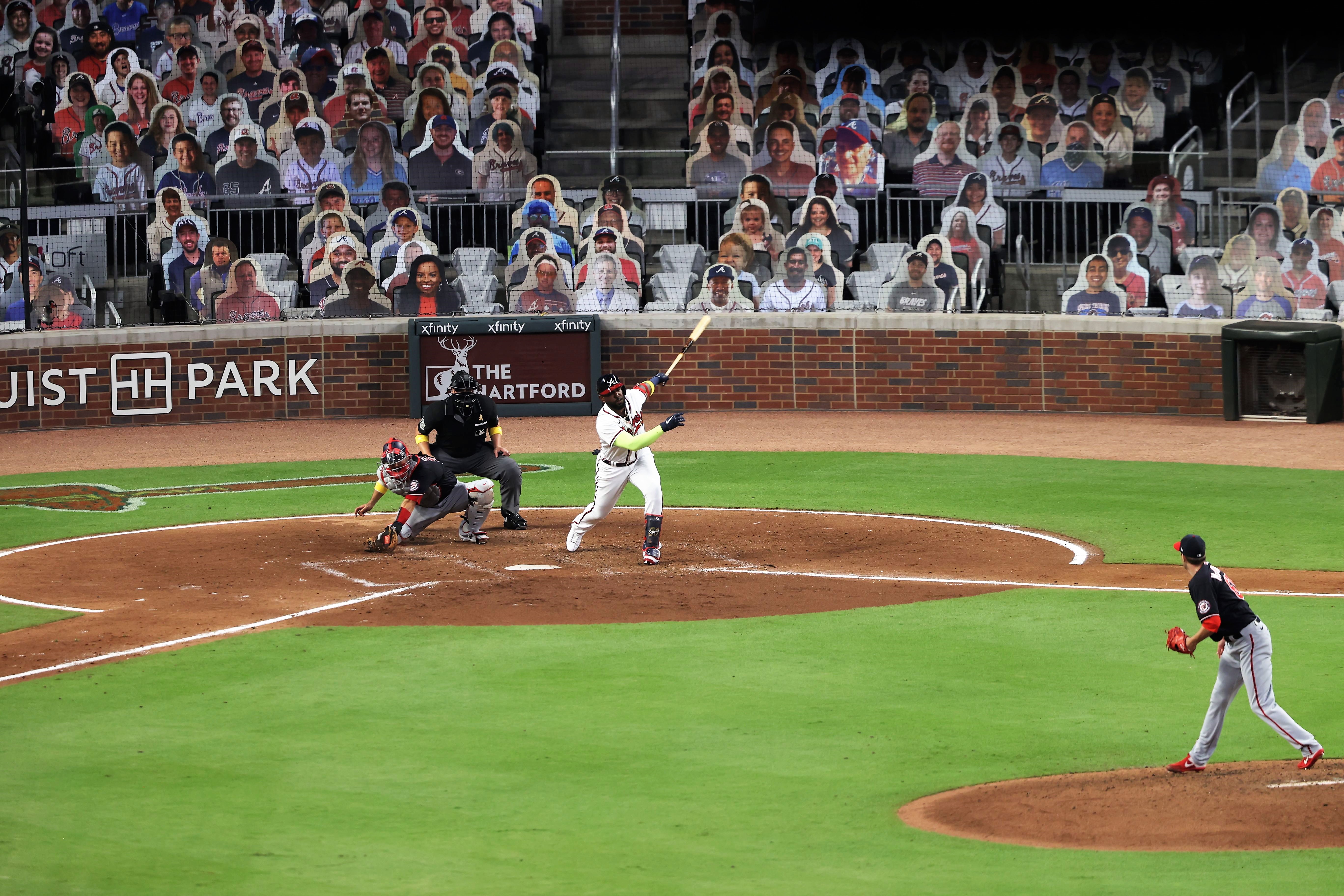 Kyle McGowin had the Braves off-balance all night long; Photo by Sol Tucker for TalkNats

If you had the stars of the game as Kyle McGowin, Brock Holt, Victor Robles, and Luis Garcia, you win the jackpot. Once again, Erick Fedde exited early (3 2/3 IP) after giving up 4-runs, and McGowin entered the game and threw a 2 1/3 inning no-hit no-run performance. In fact, the entire Washington Nationals bullpen threw a combined perfect game sans one walk on a 3-2 pitch.

The Nats came from behind and shocked the Braves with a 10-4 win. Before the Nats sealed the deal, they sent Max Fried to the showers at 5.0 innings, and the Cy Young candidate exited with a 4-3 lead while looking for an unblemished 7-0 record that he was denied. With Fried out of the game, the Nats attacked the Braves bullpen for seven unanswered runs to run away with this game.

The Nats combined for 14-hits and 4-walks, and most of those hits were from players who have struggled like Brock Holt who went 4-5 raising his batting average from the .090’s to .167! From the leadoff, Robles went 3-5 with a HBP, and the 20-year-old kid, Garcia, was 2-5 with two RISP hits and 3 RBIs to raise his batting average to .301.

It was McGowin’s first win of his career, and stever20 reminded us that McGowin started the 5/24/2019 game when the Nats went from 19-31 to 20-31. Who knows where tonight or last night will rate in Nats lore, but this was a shocker to see the Nats comeback and beat the first place Braves.

The Nats won this game without Juan Soto and Adam Eaton who are both hurting. It was McGowin who was just called up this week to replace the injured Javy Guerra, and McGowin saved an over-worked Nats bullpen to get this game from a 1-run lead to a laugher. It was another shutout for the Nats bullpen and it was McGowin, Wander Suero, Sean Doolittle, and Ryne Harper who got it done tonight and as mentioned a walk from a perfect game for that group who covered 5 1/3 innings.

It was Carter Kieboom‘s birthday two days ago, and he was activated today and flashed some good leather, had a RISP hit, some nice baserunning and even turned a strikeout into a wild pitch when he sprinted to first base to help get that 5-run 9th inning going. Manager Dave Martinez told a story in the postgame that he was admiring Kieboom’s new black stone necklace, and when Davey asked him where he got it, the birthday boy said he bought it as a present for himself.