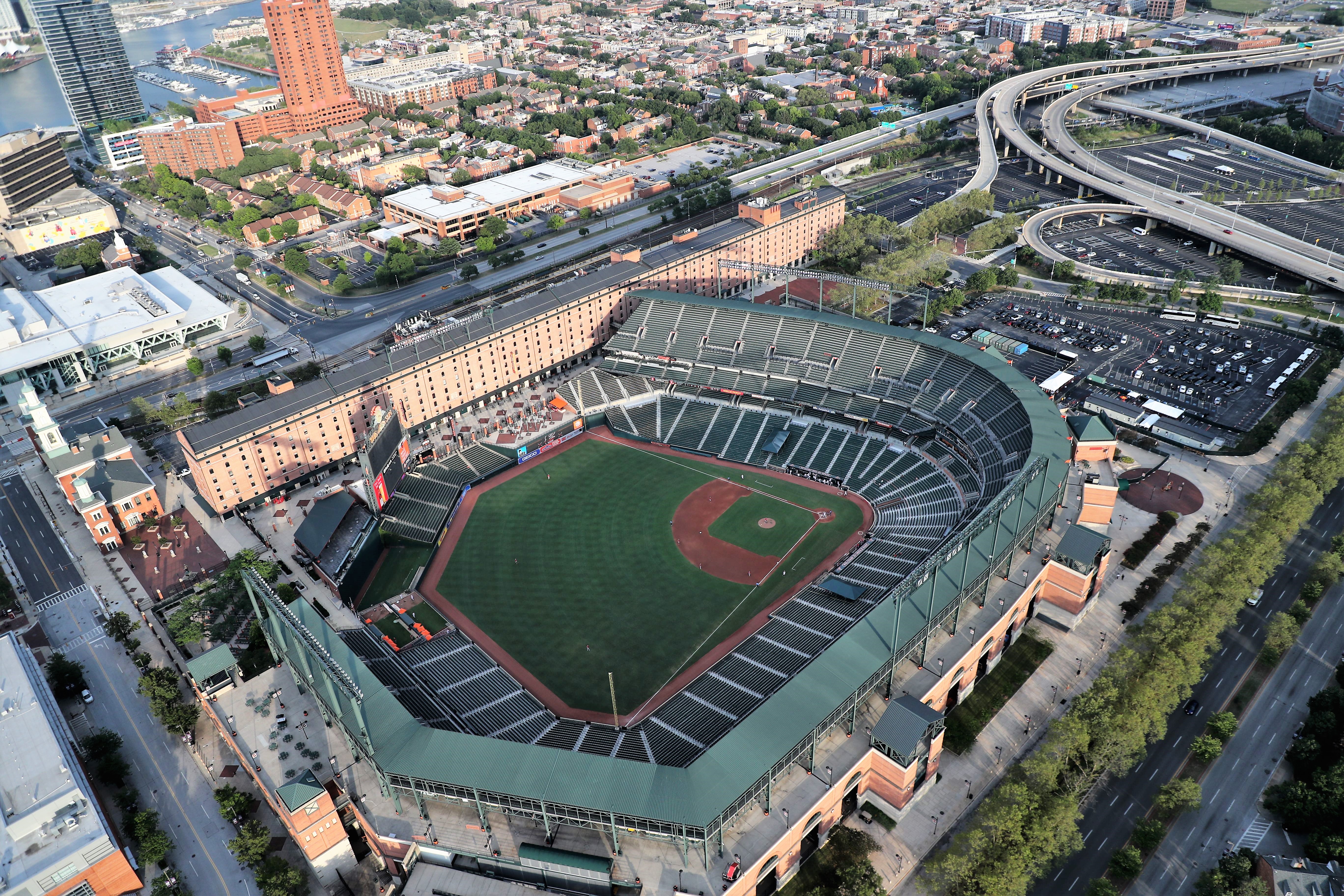 Yes, that is the Nats and Orioles playing down there! You can expand the size of the photo to see the players on the field; Photo by Sol Tucker for TalkNats

Baseball is a chess game for the best managers out there. You must control the game with a vision into future moves that have not even happened as you ponder the myriad of possibilities. The Nationals are back in the region from Queens, New York, but as visitors now after the suspended game in which the Nats were the home team. They needed that game completed in this long day and night in Orioles Park at Camden Yards for a three-game series plus the final four innings minus one out for that suspended game. Yes, it is confusing to some, but Boris Spassky had every move covered in his cerebrum for all of the if—then scenarios that he catalogued away.

This matchup has Stephen Strasburg against his former teammate lefty Tommy Milone. For Strasburg, he was brilliant for four innings last Sunday before he hit the proverbial wall in the fifth inning. Milone took advantage of a Nats team that was in a funk when he faced the Nats last weekend.

We will see how manager Dave Martinez plays his version of chess in this game.

On records “watch”, Juan Soto now has 61 career home runs and needs just seven more to move into “rare air” among the greatest in the game with Mel Ott and Eddie Mathews as he surpassed Frank Robinson and Ken Griffey Jr. on Thursday with the most home runs for players 21-or-younger. The leaderboard is currently: Mel Ott (86), Tony Conigliaro (84), Eddie Mathews (72), Ronald Acuna Jr. (67).

On player moves, Ryne Harper was finally optioned and Dakota Bacus takes his place on the active roster. You might remember that Bacus was traded to the Nats in August 2013 for a guy named Kurt Suzuki who was picked up at the trade deadline from the A’s a year earlier for David Freitas.

The extra twenty-ninth player for this game is Ryne Harper who was eligible to be added. Luis Garcia has been added to the roster after Starlin Castro broke his wrist fielding a grounder in the 6th inning of the suspended game. Since the roster was full, Garcia was added to the 40-man roster taking the spot from Sam Freeman who got moved off the roster and onto the 60-day IL. Freeman is eligible to come back in 45 days from Wednesday.

If you want to read up on Luis Garcia, here is a nice piece from earlier this year.