Exclusive: Juan Soto is back and he showed up with his family, sort of! 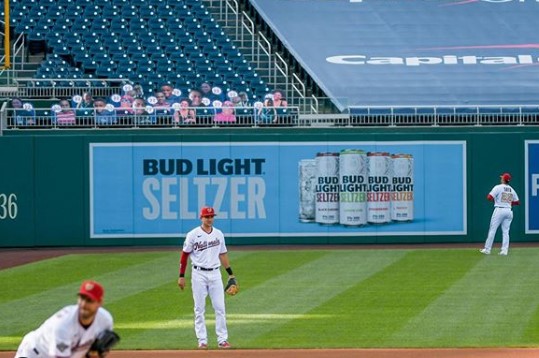 If you watched Juan Soto‘s 2020 debut, you probably noticed the foam cutouts of his father, mother, brother, sister, and uncles in the first three rows of Nationals Park in section 106. Soto got Fathead to create these custom cutouts of his familia. It was like “Bring your family to work” day in replica.

Bryar Miller is in Business Development for Fathead, and he received the call from Soto’s reps to get this project going. Miller spoke with Mandy Allendorfer with the marketing group at Boras Corp., and they collaborated to make this happen. The size for each cutout was 23″ W x 30″H. They became an instant social media sensation. These particular cutouts were made of foam core material, which is higher-end compared to the cardboard cutouts that you see everywhere. Fathead does offer a weatherproof option.

“I am so happy to have had the opportunity to work with Juan’s great team,” Miller said.  “We put a vision into reality to have such a meaningful impact for Juan and his family. Great first game back, and I hope you have a prosperous rest of the year Juan!”

The best way to have fans place their own order is by going through the Fathead site and sending an image. Their pricing is very reasonable for the basic version that has an MSRP of $19.99 and the largest cutout option comes with a suggested MSRP at $29.99. Now you all know where you can get yours! 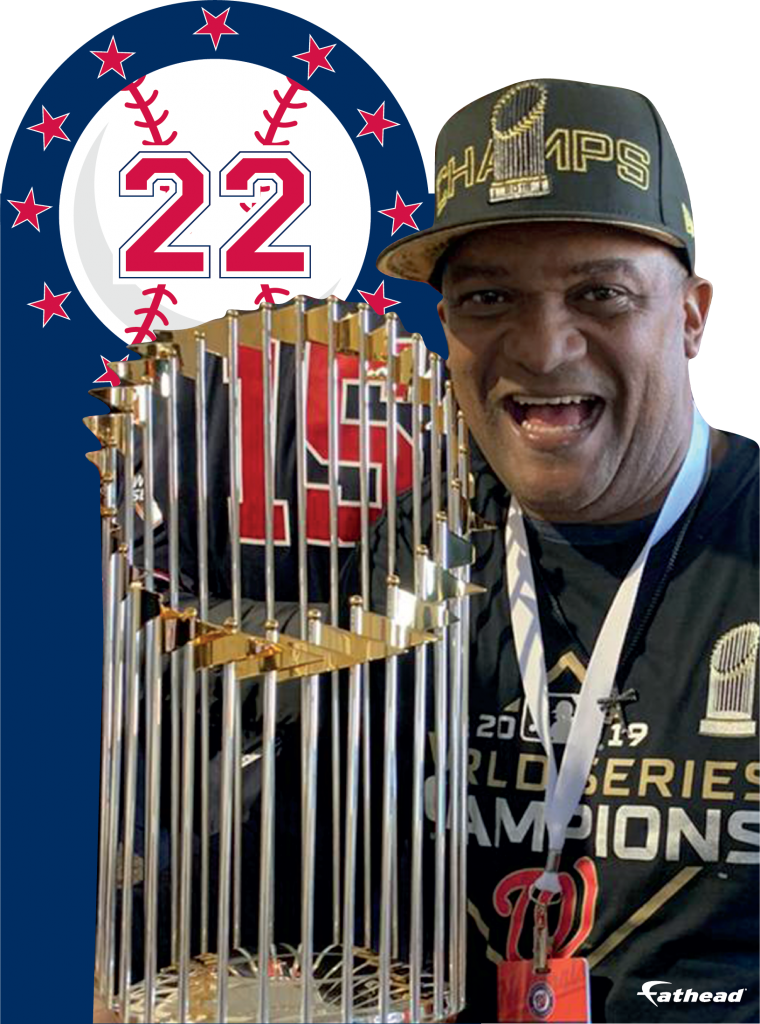 Juan Soto’s father in his Fathead cutout; Photo supplied by Fathead to TalkNats

The Nationals went the way of draping advertisements over seats in many sections instead of placing cardboard cutouts in empty seats, and that is understandable to boost some ad revenues when you are in the minority of stadiums that did not sell their naming rights. In hindsight, that was probably a costly mistake and a story for another day. Is there still time to do cardboard cutouts?

Of course, now Soto’s teammates and manager want “in” on putting up their family members in the stands too. We will see if this starts a trend. Miller told us Fathead would try to expedite any player requests. Other teams have been doing cutouts as part of charitable efforts to allow season ticket holders and other donors to place themselves in either their assigned seats or in closer proximities around the dugouts and behind homeplate. For instance, Chipper Jones has himself inside CitiField where the Mets play. Others have done the same to troll on rival teams, and then you have Marlins Man who just likes to be seen in the best seats in the house and his cutout is upfront in the Royals stadium. The Nationals opted not to follow the crowd and do faux fans in the stands, but Soto insisted on doing it.

“It feels like [my family] out there,” Soto said. “I’m playing for them. I play for all my family, and everything I do is for them.”

Washington Nationals Manager Dave Martinez liked it himself and admitted that Soto opened up the proverbial can of worms.

“That was awesome,” Martinez said. “I think he opened up a can of worms. We’ll see what happens here. … I’d like to get some of my kids out there.”

Oh, and about the game, Soto immediately made his presence felt as he lashed a two-out double to get the Nats on the board in the first inning then he made a spectacular diving catch in leftfield that almost injured his wrist and shoulder in the second inning.

The play that changed the entire complexion of the game happened when Soto was thrown out going first to third on a single by Asdrubal Cabrera. Soto over-slid the base and was tagged out. From men on the corners, potentially, there were then two outs and a possible rally snuffed out due to the out recorded.

The 21-year-old was an impact player in this game. He started the game 2-for-2 and if not for that baserunning mishap, who knows how that game would have ended. There might not be a more exciting player in the Major Leagues.

You could tell before the first pitch how excited Soto was to be back on the field and in the starting lineup.

“It feels good to be back,” he said after the game. “Being with the team, trying to have fun in the game and everything, it’s amazing, being with my team and my teammates and being ready to go.”

It has to be great for Martinez to be able to finally have his full lineup that he envisioned in training camp on the field. Unfortunately, Soto’s teammates could not match or come close to his offense. The team only had five hits and two of those were Soto’s hits.

“He was really good,” Martinez said, “He worked good at-bats all night. The play he made in the outfield — it was a tough play. I’m glad he got up and was okay, but he played well.”

This offense will gel and Starlin Castro was the only other player in last night’s lineup with an OPS over .800. Carter Kieboom is over.800, however, he was back on the bench against a tough righty last night.

Opening Day was two weeks ago, and it took 13-days to get Soto into a regular season game this season. His positive COVID test that he called a “fake positive” changed everything about the Nats lineup. Soto has not even reached 1,000 at-bats in his career, but some consider him to already be the best Nationals hitter in their short history.

The kid has his name next to Mel Ott, Ted Williams, and other Hall-of-Famers in the record books already. There were supposed to be milestones set during this season based on accomplishments and tenure before the season was chopped from 162 to just 60 games due to COVID-19. For instance, Soto was looking to shatter the mark set by Mel Ott to reach 100 home runs at the youngest age ever. Ott set the mark at 22 years, 132 days of age, and Soto needed 44 home runs this season to smash that record. Soto will turn 22 on October 25th and and 132 days from then is March 6, 2021 when only Spring Training games will be scheduled. Unless Soto goes on a record home run pace and crushes 44 home runs in the next 51-games, Ott’s record will remain safe — and that seems certain.

In the one-upmanship books, Soto got his World Series ring at 21 years and 5 days, and Ott was 24 when he won his only World Series as a player and coincidentally beat the Washington Senators in the 1933 Wold Series. You would think that Soto is happy that he beat Ott in that! 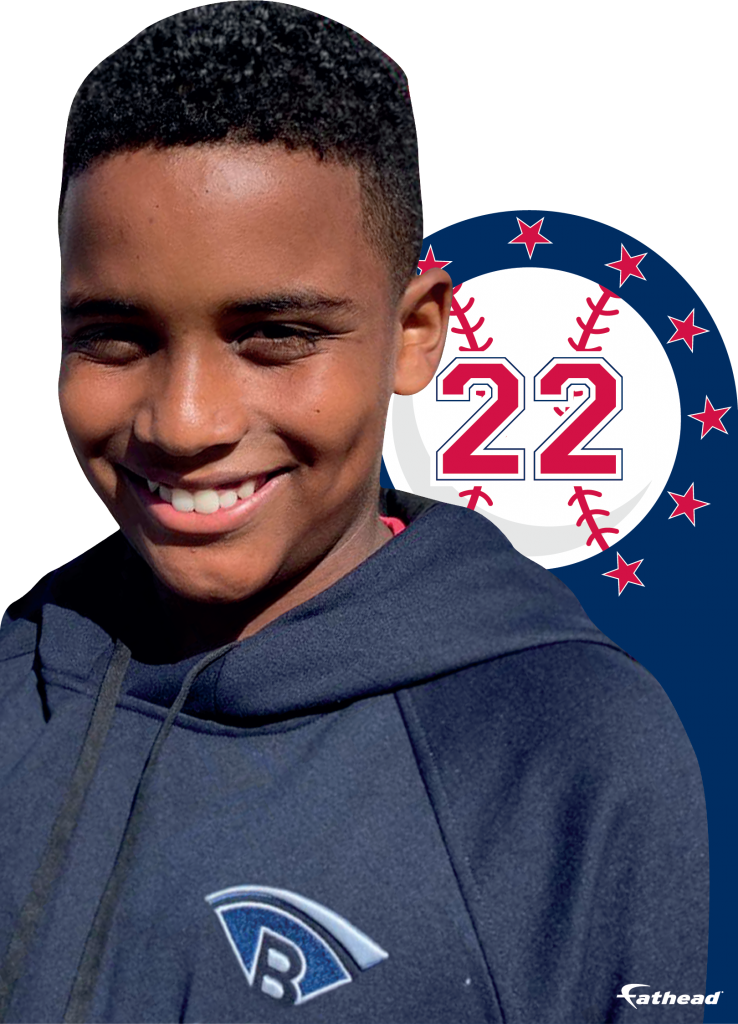