Juan Soto was none too pleased about the “fake positive” 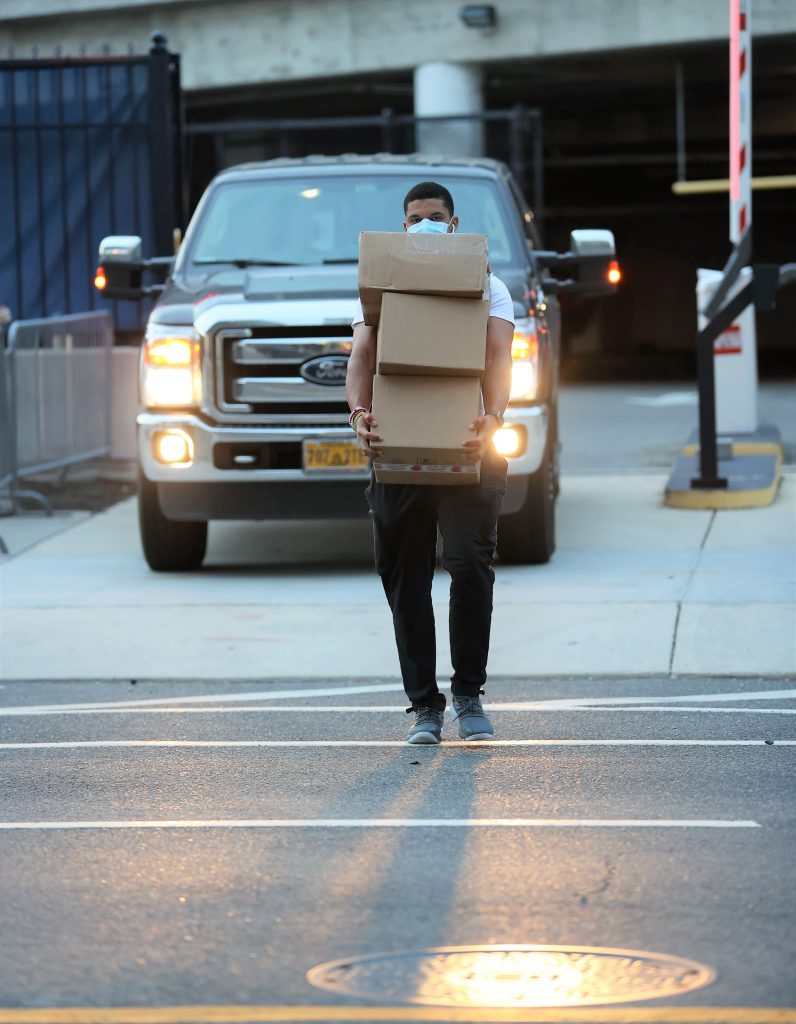 Juan Soto‘s first public photo outside after self-isolation on July 16 as he walked on Potomac Avenue across from the player’s parking lot; Photo by Sol Tucker for TalkNats

The 21-year-old is known to be the nicest young man until you cross a line. He is a person of faith, and that was tested in his two separate stints in self-isolation due to COVID concerns. In total, Juan Soto spent more than 24-days in confinement in July.

“It’s been a really tough time,” Soto said. “I tried to do my best. I tried to be following the rules and do all that kind of stuff. It’s been a tough time. I tried to just keep my mind clean and try to not think too much about it. … The moments are going to come, so that was my mindset.”

Juan Soto spent an entire 14-days in self-isolation confined to a 9th floor rented apartment with his parents and younger brother, after it was determined he came into contact with a COVID-positive individual on July 1st. Rumors at that time were circulating that Soto had the COVID virus, but sources said that just was not true. Soto, knew what people were saying on social media and was not pleased by the speculation. Maybe he was also upset that the team didn’t clear his name. At least that early July time away from the team did not include missing regular season games like this past self-isolation that caused the young star player to miss Opening Day plus an additional six games.

The outfielder told friends that he was frustrated. COVID positives are supposed to be confidential and Soto was publicly ‘outed’ in a Jeff Passan tweet. The system let him down when he reportedly tested positive on July 21st for a standard team COVID test. Soto did not mince words when he called that a “fake positive”. He spent an additional 10-days in quarantine in his two-bedroom apartment until his release yesterday.

While standing in his apartment by Nationals Park, he was taking shadow swings while watching games on TV like he was facing pitchers Gerrit Cole and Nate Pearson. He worked out on an exercise bike in his apartment as he watched Victor Robles make a running catch on MASN. He did push-ups between innings. After his second back-to-back negative test, the Nationals congratulated him that he would be back soon but not before August 1st, we were told by a source. That decision was due to the waiver between the D.C. Government and the Nationals that made it possible for a player to return at the 10-day mark if all MLB rules were met. Fortunately, Soto did not have to wait 14-days, but it was longer than players in a similar situation with other teams had to stay in self-isolation.

There were so many inaccurate reports circulating among the national and local media. Bob Nightengale tweeted this on Wednesday which was incorrect:

That was followed-up by Jeff Passan of ESPN who tweeted and claimed that the D.C. Government also had to clear Soto which was not correct as DC was clear that it was 10-days from a positive exam minimum if all MLB guidelines were met. DC did not have to clear anything. The previous waiver from July 15th between the Nationals and the DC Government just needed to be adhered to.

As Juan Soto’s return nears — he’s awaiting the go-ahead from public-health officials in Washington, D.C., which is no sure thing — it illustrates the inherent errors in testing. One of the best players in the world will have missed at least five games due to a false positive.

Yes, we broke the news that the DC Government was keeping him out 10-days regardless. A source told us that the Nationals did not even challenge the language in the waiver.

Update on Soto, source tells us that DC Govt is keeping him out 10 days from that “positive” test result even though it was one positive and probably a “false positive”. That would put Soto’s return this weekend when there’s no games. So much for DC following the MLB guidelines.

Probably the only way that Juan Soto could have returned quicker would have been a challenge to MLB requesting  a retesting of that original “positive” sample from July 21st. But to our knowledge, that was never done, and MLB never acknowledged that it was a “false positive”. The good news is Soto is back now,  and hopefully, for the rest of the season.

“Happy to be back, knowing we have a season already. Coming back from [summer] training, I’m more excited than that. Ready to come to work and be ready for the games,” Soto said yesterday.

Happy to have you back Juan. He homered and doubled as the highlights of his sim game yesterday. He had a moment to joke with his teammates in-person instead of on his cellphone while sequestered in his apartment after he homered and bat flipped. His taunting response was “Ballgame. It’s over.” Why not have some fun with it.

“We had a couple guys behind me, they were like, ‘Hey, when are you going to start hitting the ball?’ ” Soto said. “Since I hit it, I just looked at them and said, ‘Ballgame. It’s over.’ “

Soto will play in another sim game today then like the rest of the team have a day-off tomorrow as the Mets will head to D.C. for a quick two-game series.

“It’s funny, because he told me what he was doing was watching games on TV and had his bat and was actually standing up there like he was hitting at-bat and trying to work on his timing that way,” manager Dave Martinez said yesterday. “That’s great, but it’s not the same as stepping in the batter’s box. He makes it look kind of easy sometimes, but he knows. He said he feels like he’s a little behind with his timing. So, we’re just going to try to get him as many at-bats again tomorrow as he’s capable, and then we’ll go from there.”

Timing is everything for a hitter. Knowing Juan, he will probably want to be taking some more swings tomorrow too. The rule of thumb is that it takes about 50 at-bats to get your timing where it needs to be. Soto won’t have that much time to get ready.

In yesterday’s MLB press release, they actually wrote regarding the Phillies situation “it appears that two of those individuals’ tests were #false #positives“.

MLB never made the same public statement for Juan Soto. He will never get a chance to play the 7 games he missed. pic.twitter.com/FW1WsMJeoN