The Nationals current/future schedule has been directly affected by the Marlins COVID outbreak! 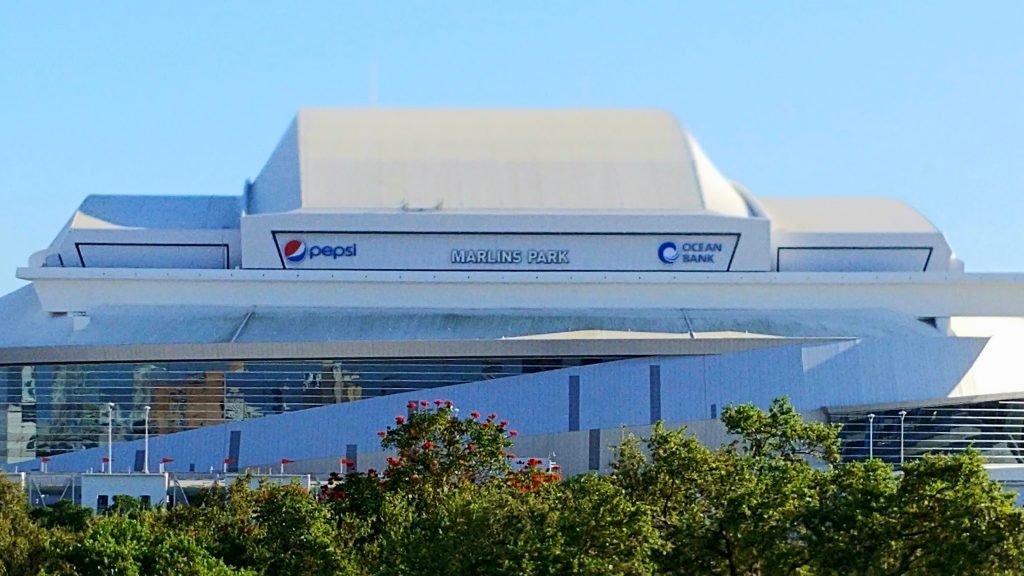 The numbers are staggering on the COVID-19 outbreak within the Marlins organization. Over half of their current roster has reportedly tested positive for COVID, and instead of utilizing players from their Alternate Training Site, MLB has instead just postponed games. It has affected several teams and mostly the Washington Nationals, Philadelphia Phillies, and the Toronto Blue Jays who are all idle this weekend. The Marlins and Phillies were playing each other when the COVID tests were done and came back positive. Both the Marlins and Phillies have only played 3-games this season.

Because of all of the anticipated doubleheaders that will need to be played to make-up for the postponed games, MLB and the MLBPA have agreed to a Minor League style doubleheader of 7-inning games.

While not optimal, one of the Marlins-Nationals postponed games can be made up on September 17th as it was a scheduled day-off for both teams before a scheduled three-game weekend series in Miami. Most likely they could play one doubleheader on one of those dates in Marlins Park. The other idea is to make up the third game as a doubleheader in Nats Park with the Marlins as the home team during the August 21st weekend series. Keep in mind, MLB has not announced any official scheduling changes, and these are our suggestions only.

“Given the current circumstances,” read a statement from the league, “MLB believes that it is most prudent to allow the Marlins time to focus on providing care for their players and planning their Baseball Operations for a resumption early next week.”

The Marlins have been hunkered down in a Philadelphia hotel since Thursday of last week, and all players and staff underwent additional COVID-19 testing daily since that time. According to Jon Heyman of FanCred Sports, a healthy Isan Diaz has now opted-out of the season, and Diaz confirmed it on his Instagram account.

“The health and safety protocols were designed with a challenging circumstance like the one facing the Marlins in mind,” the statement read. “The response outlined in the joint MLB-MLBPA Operations Manual was triggered immediately upon learning of the cluster of positive cases, including contact tracing and the quarantining and testing of all of the identified close contacts. The Marlins’ personnel who tested positive remain in isolation and are receiving care.”

“We continue to take this entire situation very seriously. All of our players, coaches and staff are, understandably, having a difficult time enduring this experience. After receiving additional test results on our Major League team this morning, we reached out to the Commissioner’s Office with concern for the health and safety of our team as well as our opponents.

“We have moved to a daily testing schedule while we isolate and quarantine appropriately, along with enacting additional preventive procedures with our traveling party. We look forward to safely returning to Miami where we conducted a successful and healthy Spring 2.0 before departing on the road and experiencing challenges. For the time being, we will remain in Philadelphia and gather information in order to make informed decisions and prepare for our return to action next week.”

All of this is well and good, but it has shown the domino effect of the Marlins situation, and some have suggested that Marlins players were not following strict protocols before an exhibition game in Atlanta and were seen partying, and hanging out in the bar at the team hotel before the positive tests were known.

To that, our response was “Because of Miami’s poor protocols, teams like the Nats will suffer due to this weekend’s cancellations. Why isn’t Commissioner Manfred forcing either:

1. Play the games with players from the Marlins’ Alternate Training Site

Add to all of this, MLB Commissioner Rob Manfred reportedly is threatening a shutdown on the season if players don’t get serious about the protocols set in place according to Jeff Passan of ESPN, and another outbreak could end the MLB season. It could be a reported outbreak with the Cardinals that is the straw that breaks the camel’s back.

One team in particular, the Los Angeles Dodgers, has set tighter guidelines. Of course, they know they have a great team and the healthiest team to get into the postseason could win it all.

A team with a plan. I’m sure they feel the healthiest of the “best” teams will win the World Series this year. https://t.co/pMVu4SnsoP

What does all of this mean for the Washington Nationals? They have sim games set for this weekend. Juan Soto returns to the team today after much controversy and confusion over his positive COVID test from July 21st that was received by the team on the morning of Opening Day. Many believe it was a “false positive” but to our knowledge, no retest of that sample was done or an investigation into the circumstances of that test which sidelined one of the best players in baseball. In addition to Soto missing seven crucial games, Stephen Strasburg has also been out. Strasburg, has been nursing a nerve impingement in his right wrist/hand. Howie Kendrick is also been out with upper back stiffness. The good news is the time-off could help each to get in some more work to get ready to return. We know that Roenis Elias is most likely out for the season, and Wander Suero has been working his way back at the Alternate Training Site in Fredericksburg and will work this weekend in the sim games at Nats Park.

In addition, Will Harris was placed on the 10-day IL retroactive to July 29th. In his two outings so far, Harris has allowed three runs (one earned), three hits, two walks and two strikeouts in only 1 1/3 innings. He has the one blown save on the season that finished in a Nats loss to the Yankees last Sunday. On Thursday, manager Davey Martinez was optimistic that the nine-year veteran reliever would be back next weekend. These postponed games will keep him off the roster for only a few games quite possibly as the Nats have another scheduled day-off on Thursday.

“Harris has a little bit of a groin thing going on that we’re trying to take care of,” Martinez said Thursday. “We’re hoping that these days [off], we can nip it in the bud and get him ready for Tuesday.”

What Harris’ injury has meant was the extra workload fell on Tanner Rainey, Ryne Harper, and Daniel Hudson. For those three, the extra days-off are needed. Rainey saw a drop in velo as he pitched three days in a row while throwing a hefty sized 47-pitches over that span. Martinez also didn’t pitch Sean Doolittle who he said is working on mechanical adjustments. Doolittle’s velo on his fastball is troublesome as it has ranged from the low 80’s to a high of 92 over the last two weeks.

If Harris and Doolittle can return to form, the Nats bullpen could be the best in the Majors. The relievers have a 1.50 combined ERA and that includes Harris and Doolittle who are both at 6.75. Who expected the new stars of the bullpen to be Rainey, Harper and Sam Freeman?

“Since we got him last year, he’s matured a lot,” Martinez said. “The biggest thing with Rainey — he’s got unbelievable stuff — was his ability to throw strikes when he needed to. He’s done that. He proved that he could do that. He’s worked on throwing another pitch, which he hasn’t thrown, yet but I’d like to see him use it more, because it’s pretty effective, which is a changeup. … I think he deserves a chance to pitch in the back end of the bullpen, so we’re going to use him like that.”

Yes, small sample sizes aside, it has been good to see the bullpen as a strength past the one blown save/loss that Harris and Doolittle have on their records. Compared to last year’s debacle in the bullpen early in the season, even with Sunday’s snafu, these Nats are doing better if you compare them to the 2019 bullpen who lost two games in the bullpen in their first seven games.

General manager Mike Rizzo picked up Ryne Harper in the off-season in a trade with the Twins for Minor Leaguer, Hunter McMahon, at the end of January of this year.

So Ryne Harper, what filth did you strikeout Bo Bichette in 3 pitches. Slider, fastball, 70.0 mph curveball in the dirt. A 3 pitch see-ya.

📸 by Sol Tucker for TalkNats pic.twitter.com/lpd7kiCjey

We certainly want to accentuate the positives in these troubling times. Of course, we are only seven games into the Nats season with the postponements. The team was off yesterday as Martinez urged players to catch up on their rest. They will hold intra-squad scrimmages today and tomorrow, weather permitting. Monday is a scheduled off-day before the Mets head to town for a two-game series, and expect Martinez to re-seed his rotation with a combination of Max Scherzer and Patrick Corbin pitching in those two games before the Thursday scheduled off-day. Also, Rizzo will need to make a roster move for Soto who actually can fill the vacated roster spot with Harris on the IL if the Nats decide to go with a 9-man bullpen in the short-term. As with everything, time will tell the full story.