If Howie Kendrick didn’t hurt his back, Kieboom’s groin wouldn’t have magically healed! 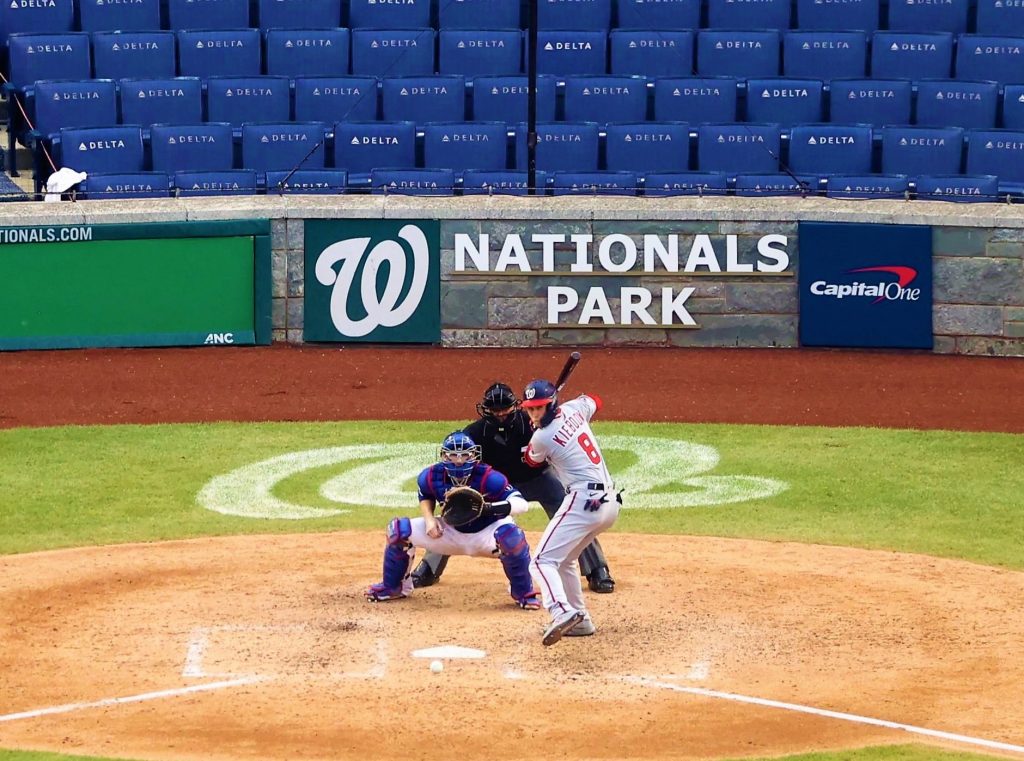 When Howie Kendrick was suddenly scratched from Wednesday’s lineup with upper back stiffness, Carter Kieboom’s groin mysteriously healed simultaneously, and he was inserted into the lineup. Yes, the groin they said kept him from moving laterally was healed. It had looked like the Nats top prospect (№ 21 overall) was going to accrue service time stuck on the bench and probably was going to be optioned to the Alternate Training Site in Fredericksburg until he reminded everyone why he is a top prospect. Small sample sizes aside, Kieboom has put together some impressive at-bats while showing veteran presence working three walks in the last two games along with 3-3 on singles since the 7th inning on Wednesday. He came up big in the 9th inning on a key walk, and again yesterday. Like Adam Eaton, the 22-year-old has hits in every game this season.

“That’s kind of what I’ve been doing the past couple of days is grind them out and see as many pitches as I can see, and take advantage of the [good pitches] early in the counts if they are thrown.”

Who knows what the future holds for any player. Kieboom was picked by some analysts as the NL Rookie of the Year, and general manager Mike Rizzo has to hope that his young prospects prosper as they are the only reason the Nationals have been able to stay just below the CBT salary line of demarcation. Players like Kieboom, Victor Robles, Juan Soto, Tanner Rainey, Wander Suero, Erick Fedde, Austin Voth and Andrew Stevenson are all minimum salaried players. A salary tier above them is Trea Turner who fills out that 28-and-under group. Down in Fredericksburg, is the next group of players who hope to be Nationals someday. Luis Garcia, Jackson Rutledge, and Cade Cavalli are the others in the Top-4 along with Kieboom at the top of the rankings. If you want to have some fun, here is Baseball America’s 2023 starters and rotation.

On the cost controlled side is Starlin Castro, he will cost the Nats $12 million in total for two years. If he plays like he did the last two games, he could be one of the best free agent signings of the year.

Back to the here and now and speaking of groins, Will Harris was placed on the 10-day IL with an injured groin. The Nats could really use a healthy Harris and Sean Doolittle at the back-end of the bullpen. What about Ryne Harper, Sam Freeman, and Rainey along with Daniel Hudson in that bullpen. Overall the Nats have a 2.69 ERA pitching in a DH league now! The relievers have a 1.50 combined ERA and that includes Harris and Doolittle who are both at 6.75. Who expected the stars of the bullpen to be Rainey, Harper and Freeman?

Again it is early and the Nats are a game below .500 and baseball is teetering on the precipice of COVID disaster with issues across a few teams. Don’t get me started on the debacle with Juan Soto’s supposed positive on a July 21 COVID test that should be investigated to make sure there was no tampering. The Nationals won the last two games with no Strasburg, Soto, Kendrick, Harris, and Doolittle.

With four days off of regular season baseball games for the Washington Nationals, all we can hope for is everyone stays in their homes or the stadium and remains healthy.