The #Nats 2020 bullpen standouts aren’t who you thought they would be! 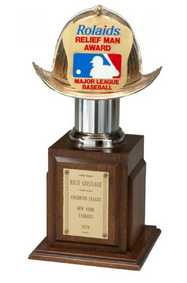 We got to a point where we would just say, “All bullpens are bad” and then when your bullpen is actually good — you just don’t what to say. When the Nats PR department flashed a stat to the media during Thursday’s game that the Nats’ relievers had adopted seventeen inherited runners and did not allow one of those runners to score — it boggles the mind.

Last year, Daniel Hudson came to the Nats in a fireman’s role. He did not want to be a closer and relished his role while he led the Majors in allowing the fewest inherited runners to score when he was traded to the Nats in 2019, and you wonder if he taught his Nats’ teammates some tricks. That fireman’s role in bullpen’s of yesteryear was what impressed fans back then. Of course bullpen roles have evolved as starting pitchers went shorter and shorter in games.

“I’ve always kind of taken pride in trying to get out of those situations for teammates,” Hudson said about entering a game with inherited runners on-base. “You know that’s their livelihood out there on the bases, and I’d want them to have the same mind-set when they come in if my guys are on-base.”

The Nats bullpen has covered just under 4.0 innings per game on average so far which is understandable after Max Scherzer had to be pulled after 1.0 inning on Thursday. The standouts in the bullpen are not who you thought they would be except for Hudson. General Manager Mike Rizzo signed bullpen stud Will Harris to a multi-year deal and he was injured in Spring Training and is on the 10-day IL and has the team’s only blown save. The bullpen pitchers only have two losses and one of them was tagged on Erick Fedde who had to do long-relief when Scherzer went down and the other was on Sean Doolittle from the Yankees game. Otherwise, the blemishes have been few, and the star of the bullpen so far has been Tanner Rainey.

Manager Dave Martinez has seen some gritty performances from his bullpen youngsters. Rainey has appeared in six of the Nats nine games, and Ryne Harper has pitched in five games with a 0.00 ERA. Even Kyle Finnegan stepped up after a shaky MLB debut and was excellent in his second outing which probably caused the team to option James Bourque to Fredericksburg when rosters were chopped to 28-players yesterday. Even non-roster invitee Sam Freeman has stepped up and has a 0.00 ERA in his four appearances.

Sure, we are talking about small sample sizes, and we get it. In a 60-game season, all relievers will have small sample sizes. Last year, Wander Suero appeared in a staggering 78-games with another four games in the postseason. He was a workhorse, and not far behind him was Doolittle who logged in with 63-games and nine more in the postseason. How can anyone be surprised that the soon-to-be 34 year old is having velo and mechanical issues.

Expectations were that Harris-Hudson-Doolittle would be the back-end of the 2020 bullpen, and that never came to fruition. Instead it has been Harper-Rainey-Hudson as the back of the bullpen for Martinez and pitching coach Paul Menhart. Two of the main pieces acquired last year in Hunter Strickland and Roenis Elias are also a non-factor as Strickland was DFA’d in Spring Training and Elias landed on the 45-day IL with a forearm strain.

If you want to judge the bullpen by WHIP, the numbers are skewed due to Harris and Doolittle, but credit to Hudson, Finnegan, Rainey, and Javy Guerra who are all at 0.529 or lower. The bullpen ERA is a combined 1.53, and if we take out Doolittle’s and Harris’ 10.80 and 6.75 respectively, the rest of the bullpen is 0.84. Normally, bullpen ERA should be taken with a grain of salt due to inherited runners scoring. But since this bullpen has not allowed an inherited runner to score, that bullpen ERA is as pure as a starter’s ERA.

Again, we understand this group has to prove this for longer than 15% of the season, but in a normal season that would be almost a month’s worth of games. Enjoy it. Savor it. In normal times, we would be 51 games from the end of he season with 111 games in the books, and we would have some large sample sizes to pore over.

With all of the success of the great bullpen performances, it is not equating to wins. The Nats are the only team ranking in the Top-7 of ERA for all pitching staffs with a losing record. That makes little sense which kind of points to a lack of clutch hitting and possibly just the small sample size. In fact, the Nats pitching staff is № 3 in all of MLB at a pitching staff ERA of 2.76.

If the Nats bullpen and pitching staff can keep up the low ERAs, the wins should come for the Nats. As the sample sizes get larger, we will revisit the stats again.

This entry was posted in Bullpen, Feature. Bookmark the permalink.
← Previous Article | Next Article →