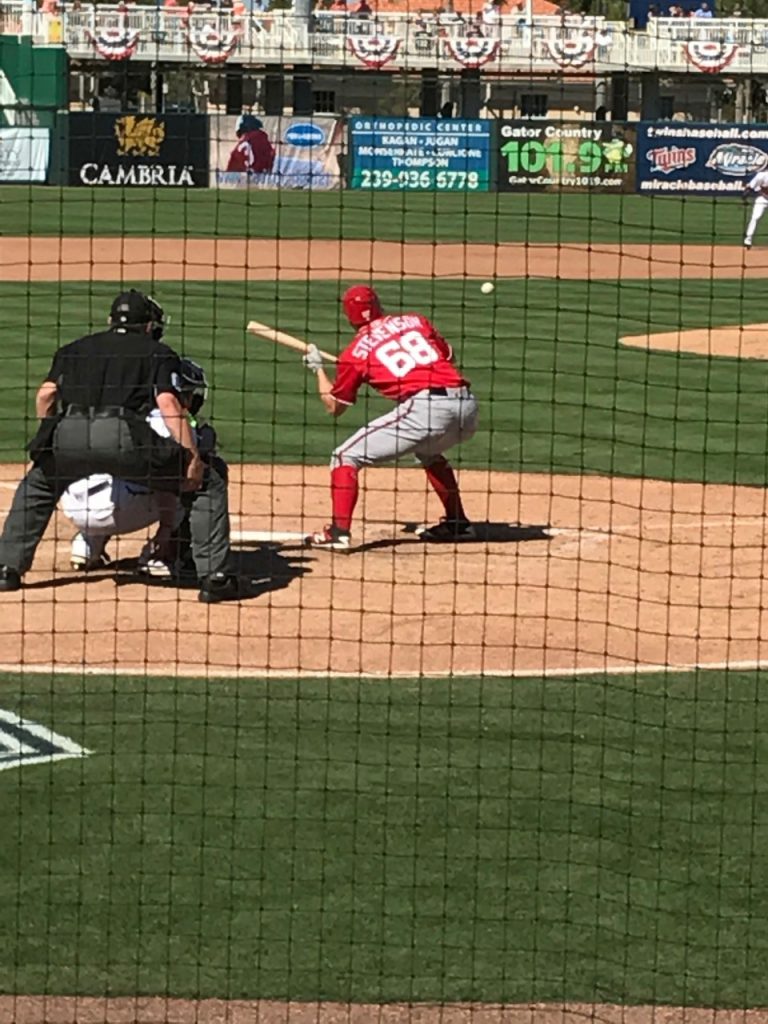 Photo by Don H. for TalkNats

In the Nats first-time using the new extra inning rules, they scored big to take this game as the “road” team in Nats Park with a 4-0 thriller! Max Scherzer was brilliant in a 7 1/3 inning gem to keep the Blue Jays off of the board, and the Nats bullpen threw another zero. There were many stars in this game, and the Nats did it in the combo of uniforms that won them all four games on the road in the World Series with the blue “script” jerseys and the gray pants.

The three-game losing streak was snapped, and the Nats showed their mettle in the 10th inning as Emilio Bonifacio entered as a pinch-runner and was awarded second base as per the new extra inning’s rule. The first batter was Carter Kieboom (9 pitch at-bat) and he worked a walk as did Andrew Stevenson who followed Kieboom to loan the bases only to see Victor Robles and Trea Turner strikeout which left it to Adam Eaton who hit a dribbler to second base and Stevenson beat the fielder to the bag in a bang-bang play that held-up under a challenge and that scored the first run in this game. Fortunately there was no definitive camera angle to overturn the safe call on the field. The next batter, Asdrubal Cabrera, hit a bases loaded triple to tally up the final runs. You would have to see it to really get the true feel for the rollercoaster experience that it was.

The bullpen combo of Daniel Hudson and Tanner Rainey shutdown the Jays, and it was Hudson who relieved Max Scherzer with runners on 3rd and 1st and one out and Trea Turner dove for a hard grounder to save a run in the 8th inning and turned the doubleplay. Hudson had an easy 9th inning against the meat of the Blue Jays order, and Rainey finished ’em off as he has been the workhorse in the bullpen so far this season.

Blue Jays’ № 1 prospect, Nate Pearson. was impressive in his MLB debut as he blanked the Nats in five innings for two hits and some good defense behind him. He was pulled at 75 pitches. Pearson’s rank is № 8 overall on MLB Pipeline’s Top 100 Prospects list, the 23-year-old Pearson even impressed Nats manager Dave Martinez who thought he was very good.

The Nats really grinded this out for a huge win.

And now a poll.

Given that the Nats have now participated in an extra inning game, what do you think of the new Runner on 2nd rule.

Please weigh in with your thoughts and comments on this new rule!