Game #7 finale of Blue Jays and Nats as Ryu and Fedde square off! 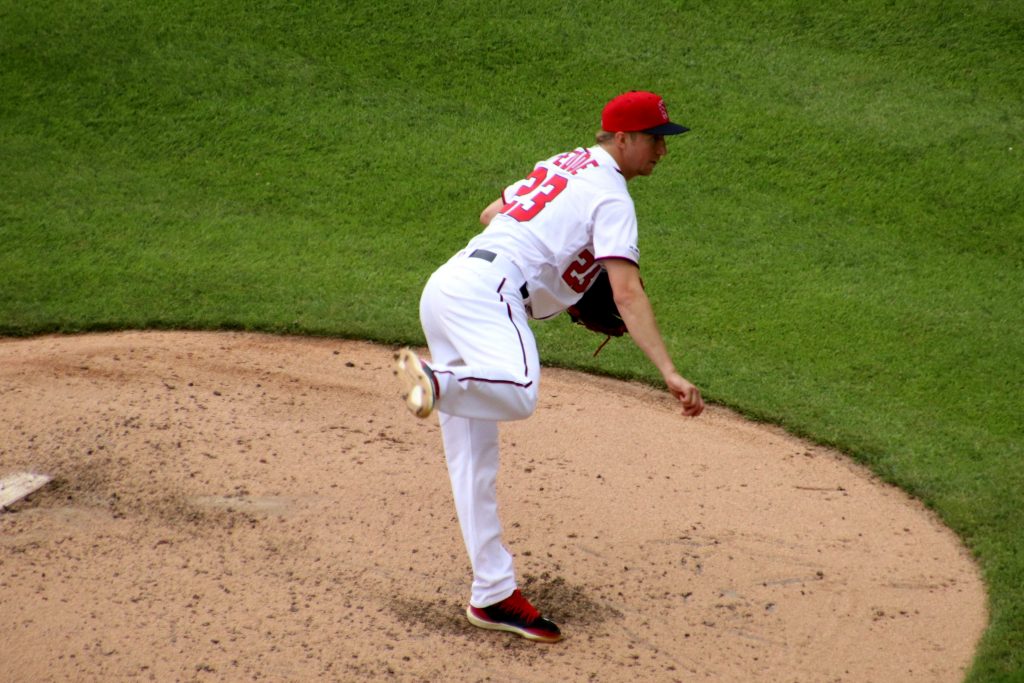 The Nats will be the road team again in this series of four games became played as a home/road series in Nationals Park. The Nats know today’s Blue Jays starter well in Hyun Jin Ryu as they faced him many times when he was with the Los Angeles Dodgers. This afternoon finale to this series will be played with Erick Fedde substituting for Stephen Strasburg once again.

Manager Dave Martinez has set his lineup today to take advantage of the lefty Ryu pitching today. It is the Washington Nationals debut for Josh Harrison, and he will be the team’s DH. Carter Kieboom will get another start as Howie Kendrick rests his upper back which was giving him problems. Asdrubal Cabrera will start at first base in place of Eric Thames who will be on the bench tonight with the lefty starting.

As we announced yesterday, Juan Soto will not be back until Saturday to practice with the team, and put on your calendar that the team will be off from Friday through Monday because of games postponed against the Marlins due to their COVID outbreak.

The Nats next game will be against the Mets at Nationals Park on Tuesday night for a quick two-game series. The Nats have another scheduled day-off on Thursday and then will play a weekend series against the Orioles. It is very possible that Stephen Strasburg will make his 2020 debut in that weekend series as he works his way back from some nerve issues in his right wrist/hand.

Bo at short, Ryu on the bump 🤩