UPDATED: Game #2 Stephen Strasburg scratched and Fedde and the lefty Paxton on the mound. 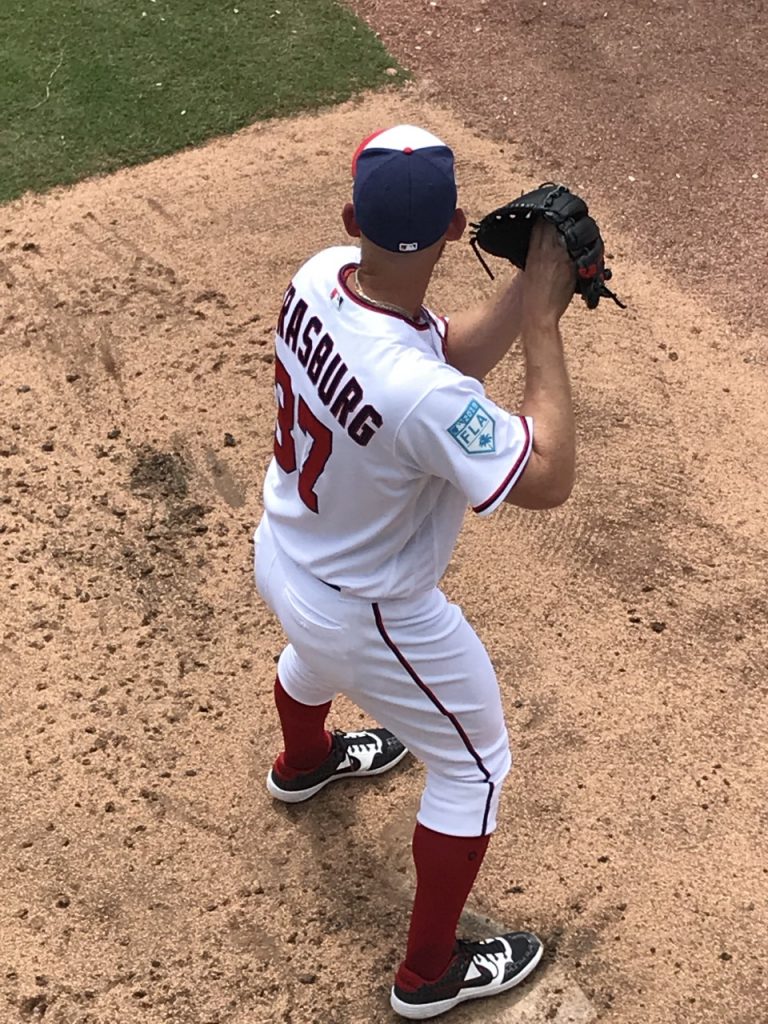 With a day to gather in their emotions, the Washington Nationals have an opportunity for a do-over of sorts. The Juan Soto COVID-19 news seemed to shake everyone to their core and took the collective air out of the reigning World Champs on Opening Day. Contact tracing interviews took place as well as every player, coach, and all field personnel had to do rapid COVID tests to be cleared to play and/or appear on Opening Day. Instead of the normal pregame prep, it was a total change in routine for physical and mental preparedness. Even the unflappable Max Scherzer seemed off in intensity. Of course there is a level of trepidation about the tests players took on Thursday that were shipped to the lab.

The other question on the COVID-19 testing is whether the team will release the results of the Thursday sample sent to the labs for Soto.

Speaking of testing, PED testing is still ongoing and as a result, Tres Barrera was suspended 80-games without pay for a positive test for Dehydrochlormethyltestosterone (DHCMT) which is a banned substance on the PED list. He denied knowingly taking DHCMT and lost his appeal, and we should have more on this at a later time.

With Kurt Suzuki and Yan Gomes as the team’s primary catchers and Raudy Read as the third catcher, it explains why Barrera did not make the Opening Day roster ahead of Read. The catching depth chart now has minor leaguers Jakson Reetz and Taylor Gushue as next in-line after Read. You can expect General Manager Mike Rizzo will be considering other options for another backup catcher like ramping up Brandon Snyder who is at the Nats’ Alternate Training Site in Fredericksburg. Snyder, actually has 1.0 inning of MLB catching experience for the Texas Rangers in 2012. The former 1st round draft pick in 2005 has caught bullpen sessions in Fredericksburg, and was drafted as a catcher.

By the way, speaking about catchers with MLB experience, what is Spencer Kieboom doing these days? He is starting a new business and he and his wife are expecting their first child in September.

For today’s game, the Nats send Erick Fedde to the mound. He hasn’t faced many of the Yankees batters before, and likewise, the Yankees starter, lefty James Paxton, has not faced many Nats before.

UPDATED: Stephen Strasburg was scratched from his start with nerve issues in his right throwing hand and received an injection for it. Fedde will take his place in a spot start.

With the Yankees throwing a lefty, manager Dave Martinez will have a chance to debut his right-handed dominant lineup. Most likely, you put either Asdrubal Cabrera or Howie Kendrick at either first base, third base and/or DH, and put Eric Thames on the bench as your primary pinch-hitter. Thames slash last year against lefties was not good at  .200/.339/.340/.679. You would expect Carter Kieboom would make his 2020 debut today as well as Michael A. Taylor in the outfield.

DJLM 20 is available for your lineup and ready for download.