Fedde comes up huge in a pinch, and Victor Robles gets him all of the runs he needs! Nats went 1-0! 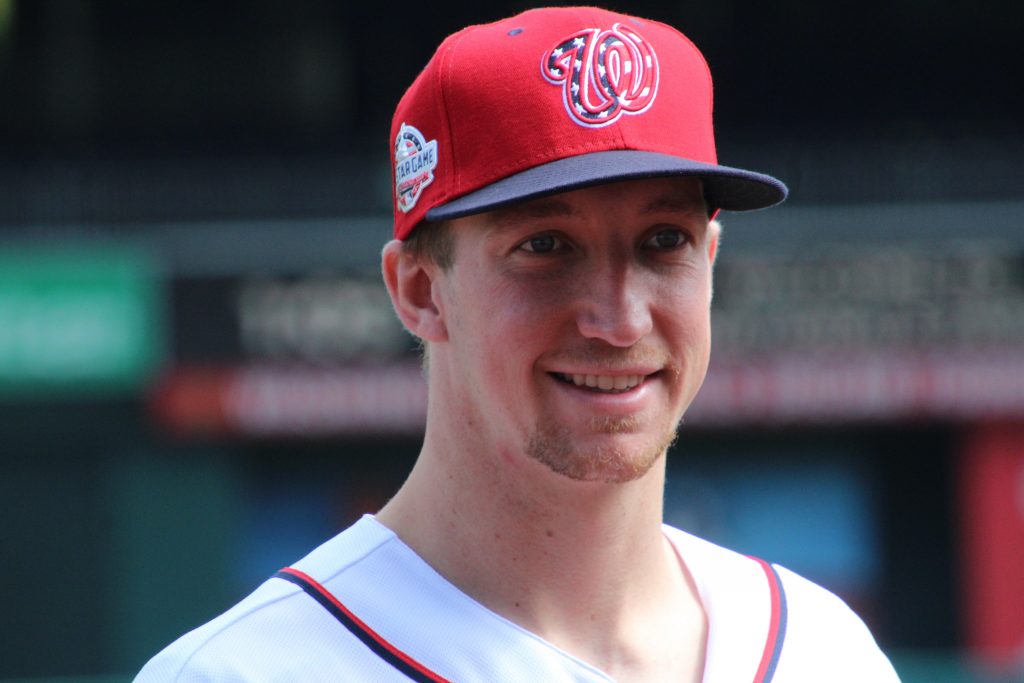 When it was announced that Stephen Strasburg was scratched, and Erick Fedde was making a spot start, the sportsbooks went nuts for the Yankees. Well, there’s a reason we play the games. Fedde was excellent even though there were four errors behind him, and his only mistake was grooving a 3-0 fastball to Giancarlo Stanton that he obliterated for the only earnie on his ledger. Fedde, who exited with 4.0 innings in the books and a lead, was the star of the game. This game could have been disastrous with Juan Soto still in the COVID protocol, Strasburg scratched, and only 1-hit in the Nats first game. The Nats bullpen shutdown the Bronx Bombers, and Victor Robles bombed the Yankees for 4 RBIs on a 3-4 game as the offensive star.

We have seen Robles produce some big games for the Nats before, but on this day, he finished a triple short of a cycle, and his four runs batted in, was the second best run output next to his career best of 5 RBIs in a game in September of 2018. Timing is everything, because 2018 was a bust when Robles went off in that game. On this night on the FOX national game of the week, he put up the first two runs of the game with a double in a bases loaded situation, and his two-run home run pushed the Nats from a 3-2 lead to a 5-2 lead where they never looked back.

The Nats bullpen led by Tanner Rainey and Ryne Harper kept the Yankees off the board before handing over the ball to James Bourque and Kyle Finnegan who made his MLB debut 5 weeks before his 29th birthday. In total, those four relievers finished the final five innings of the game of shutout baseball while facing the nine Yankees starters while DJ LeMahieu was in the game.

In comparison, Fedde faced a tougher lineup than Max Scherzer did in the season opener because LeMahieu was not available. The Yankees lineup looks like an All-Star team with LeMahieu, Aaron Judge,  Gleyber Torres, and Stanton in the front of that order with the back of the Yankees lineup you have to circumnavigate through Aaron Hicks, Gary Sanchez, Gio Urshela, and Brett Gardner. There are no easy outs in that lineup.

Every Nats batter had a hit in this one except for Trea Turner who was a hard luck 0-5 and two errors in the field. Asdrubal Cabrera also had three hits with a home run and 2 RBIs.

In total, the Nationals had five charged errors, and a few mental mistakes in this one. There were some good defensive plays by Cabrera, Robles, and Michael A. Taylor.

The Nationals knocked Yankees starter James Paxton out of the game in the second inning, and officially he was charged with 3 runs with 1.0 inning pitched. Paxton’s ERA is 27.00. In the matchup, it appeared the Yankees had a sizable advantage, but looks can be deceiving.

This was the Washington Nationals first win of 2020 and they move into a 5-way tie atop of the NL East as each team is 1-1.