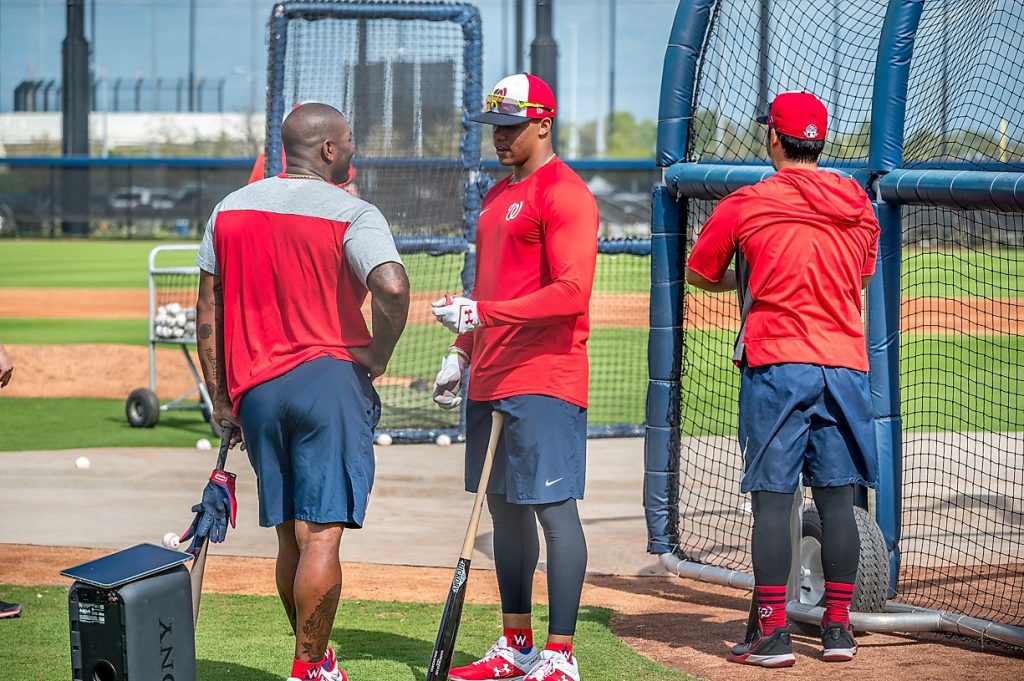 Soto and Kendrick; Photo by Craig Nedrow for TalkNats

Finally, Juan Soto, Howie Kendrick, and Luis Garcia have returned. Our sources as we reported on Twitter have said that Victor Robles will be cleared on Saturday based on tracing that had him in contact with a COVID positive person two days after Soto, Kendrick, and Garcia. Most of this is still a mystery on who knows what on this tracing, but the team is following the strictest of guidelines which are the ones the D.C. Government has set, and their procedures are tighter than MLB’s COVID rules. Also, we have baseball tonight at Nationals Park with another intra-squad game at 6pm and streamed on Nationals.com and the Nats official Twitter.

We have learned the reason why the Nats can televise these games, and it is because they are considered practice games aka scrimmages. Once the Nats play against another team, they become an exhibition game, and MASN has jurisdiction on those games — and per  sourced report by the Washington Post, MASN will not be broadcasting those games because of financial and health reasons. Will MASN grant the Nationals a waiver to stream those exhibition games in Nationals Park? That is the million dollar question. Standby on that!

Both Soto and Kendrick will be in tonight’s scrimmage with Soto in the outfield and Howie will DH.