Source: Some #Nats players on self-isolation should return soon! 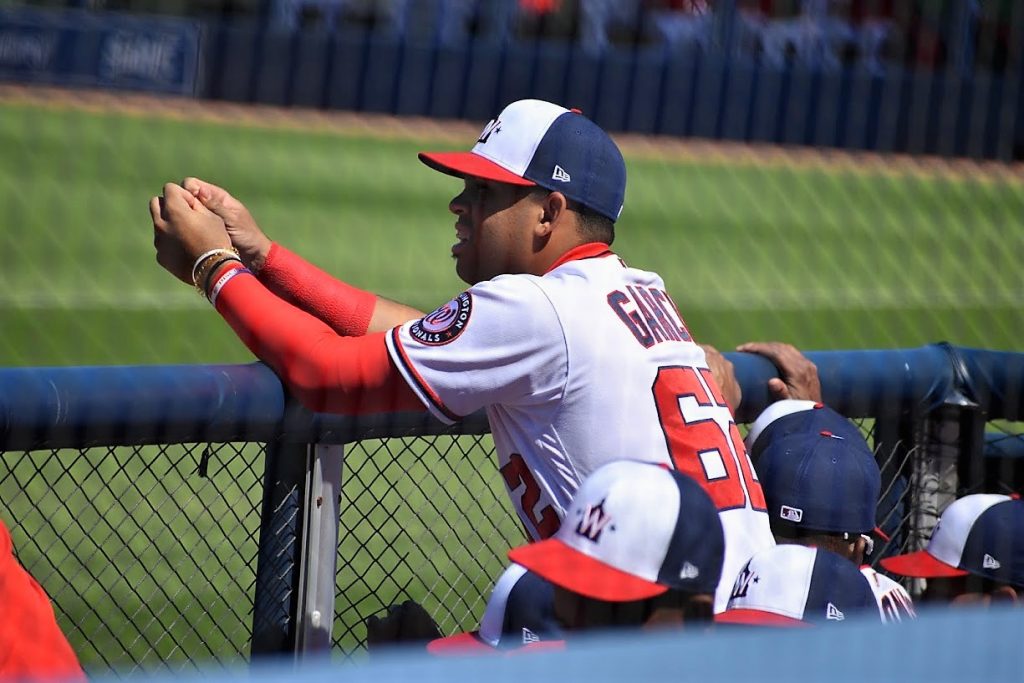 There are at least seven Washington Nationals players on the big league roster in self-isolation on the COVID-19 protocol. Two of them had reportedly tested positive for COVID-19, and the others came in close enough contact to go into mandated self-isolation. Those seven players are relievers Fernando Abad, Roenis Elias and Wander Suero, and position players Luis Garcia, Howie Kendrick (happy birthday),  Victor Robles, and Juan Soto. There are supposed to be 42-players at Nationals Park for big league camp, and 17-players at the Alternate Training Site in Fredericksburg, Virginia.

Our sources are telling us that there should be some players allowed to return from the team mandated self-isolation “soon” and that was the word given to these players who are chomping at the bit to get back with their teammates and out of what some feel is home detention in their rental units and like a punishment. One player through a source was told miércoles and that would put him at mid-week after his next test results come back negative. Hitting coach, Kevin Long, is expected back early this week and possibly before the players return.

By bringing the players back a few at a time, we might never know who the COVID positive players were unless this carries into next week for two or fewer players. On the Sunday to Sunday calendar, technically next Sunday is a new week and that week encompasses Opening Day on July 23rd. Yes, we are only 11 days away. With that thought, is there enough time for these players to be ready for Opening Day? That is the next question in this saga.

“Once they get here, we’ll determine whether they’re going to be ready or not,” said Nats manager Dave Martinez. “I definitely am looking at guys to fill that void if they can’t get off the ground running the first week or two. We’re definitely looking at some different options.”

“We’re in a difficult situation — we really are with these guys. We’ve done everything we can. I know our strength guys have Zoomed with them and actually have put them on some kind of workout program and are watching them do what they can do in their apartment. You’re talking about some of our younger players, too, so we don’t want to get them hurt. We’ve got to be smart, but we’re also talking about a shorter season where we need to win games right away.”

“Right now, we’re taking days — one day at a time. I’ve got to put eyes on these guys and see where they’re at. I know Soto was actually working out pretty good in the Dominican back home and so was Robles. We talked to the strength and conditioning guys. They think they’re in really good shape, they worked really hard. We’ll have to get them on the field.”

So how did Texas Rangers power hitter Joey Gallo get back so soon after he tested positive for COVID? He returned yesterday to Rangers camp. It seems different standards are in-play here. Gallo missed the first week of Rangers workouts because he had tested positive for coronavirus. Reportedly, he was asymptomatic like the Nats players but the difference is he reportedly had a positive test then a negative then another positive test but since then had at least two negative tests although it was possible that he was testing daily.

“Obviously my fingers were crossed every day that one of those tests was going to come back negative,” Rangers manager Chris Woodward said. “The fact that he had no symptoms, he felt fine the whole time.”

So Gallo is back after testing positive and the only Nats player who returned was Starlin Castro. So why is there different handling of players? That question needs to be answered. How did Gallo return in less than two weeks? Can’t asymptomatic players with no positive tests use the visitors locker room and practice when everyone else is gone? The answer may lie more in the DC Government’s work protocols since Nats Park is located in Washington, D.C.

We have not changed our projections for the Opening Day roster but certainly Austin Voth could be the fifth starter over Erick Fedde and the 9th and 10th players in the expanded bullpen could change. By the way, the Padres granted Brian Dozier his release. He had some rather good numbers last year against left-handed pitching. Doz hit LHPs at an impressive .900 OPS last year and a 133 sOPS+. With the absence of Ryan Zimmerman, Dozier could take some reps as a DH behind Kendrick.