Win the World Series; Open the Season at Home 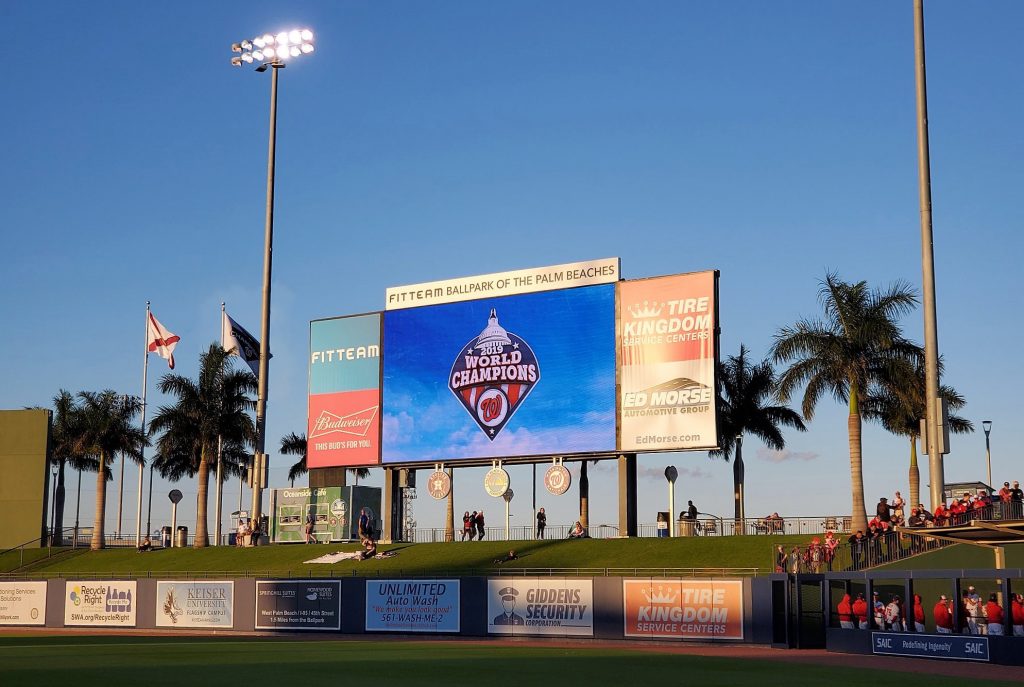 Max Scherzer warms in the bullpen as the World Series flag blows in the wind; Photo by Steve Mears for TalkNats

Seems like a no-brainer, right? A team that wins the World Series should get to open the next season in their home ballpark, not on the road.

Well, if the season had gone as planned, the World Series Champion Washington Nationals (really enjoyed typing that) would have opened on the road against the Mets. And then a week later, had their home opener against the Mets (more on that later).

MLB has to change the schedule because of the Corona Virus, so the folks responsible for the schedule should make sure that the Nationals open the season at home.

And in future years the winner of the World Series should be guaranteed that they open the season at home. That is not hard to do.

First, some history. MLB has changed how they handle the season opener in the past. Time for them to do it again. Back when Washington, DC had the Senators, the Reds (the first team in the NL) opened at home; and an hour or so later the Senators opened the AL at home. It was a big deal. Many companies in Cincinnati gave employees the day off; and in DC the President (or some other high official) would throw out the first pitch. We had the season opener in Australia; and Sunday night baseball on ESPN – the previous post talked about the Nationals opening in a new park on Sunday night and winning thanks to a Walk-Off HR by Mr. Walk-Off.

So clearly there is precedent to change how the season is opened. It should be a given that the team that wins the World Series should open the season at home. Here are a couple ideas for how to do that. 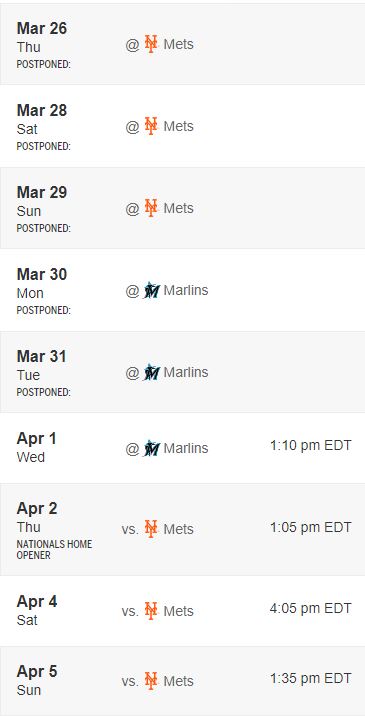 The initial schedule for 2020 provides some guidance for how to do this. The Nationals and Mets played each other a week apart. So MLB could have simply switched who played at home for those two series. Since teams in the same division play 3 series against each other at home and away, just open the season with division opponents playing each other.

A One Game Series

MLB could open the season with a one-game series a few days before the rest of the schedule. And again, take advantage of how division games work. Each team plays other teams in their division 19 times. That almost always involves a 4 game series. So for the team that won the World Series and their division opponent, move one of those games to be the season opener.

Shoot some holes in these ideas.

Add your own ideas for how to do this.

Or try to come up with a convincing argument as to why the World Series winner shouldn’t be guaranteed to open the season at home.

Last, spread the word that MLB should do this!

This entry was posted in Feature, Schedule. Bookmark the permalink.
← Previous Article | Next Article →