Game #15 and Game #16 as Nats starters split the difference in two simultaneous games with Joe Ross and Austin Voth! 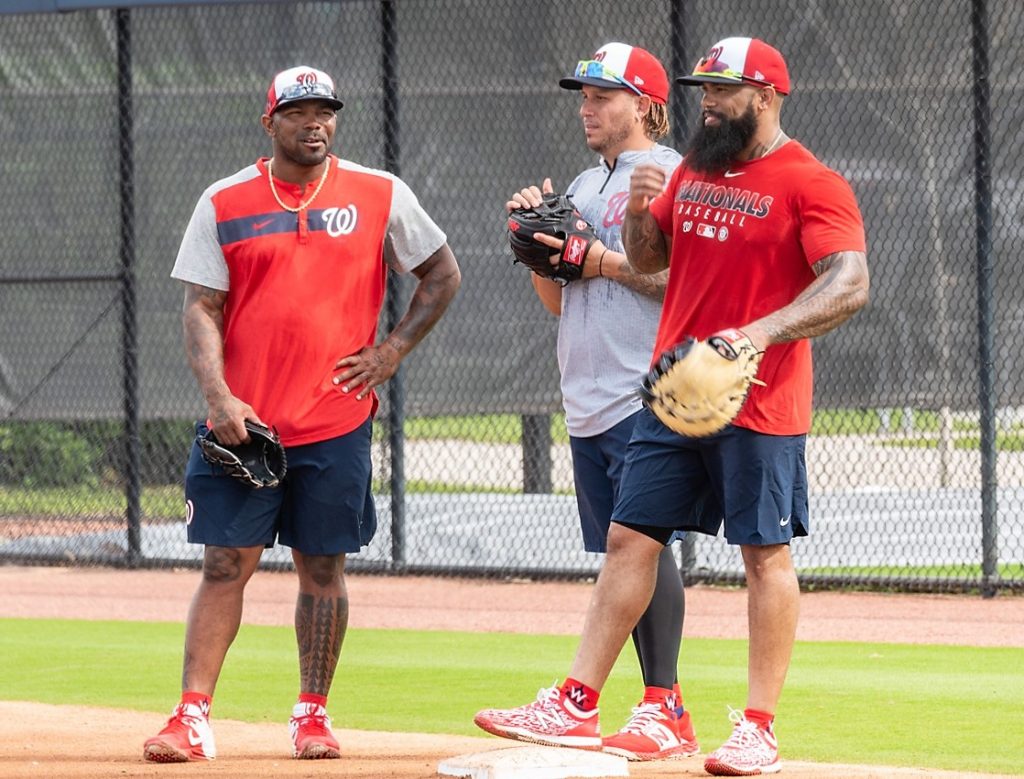 Eric Thames is back; Photo by Craig Nedrow for TalkNats

The Washington Nationals are in split-squad action today in a home game at the FITTEAM against the Marlins with Joe Ross on the mound as well as a road game at Clover Park versus the Mets with Austin Voth on the mound. These simultaneously played games will both begin shortly after 1 pm and will also feature the return of Eric Thames and Victor Robles as each had been nursing injuries. Each will bat as a designated hitter (DH) to start in each respective game. The road game starting infield will feature Carter Kieboom at third base, Trea Turner at shortstop, Starlin Castro at second base and Ryan Zimmerman at first base while the home game has an outfield of Juan Soto, Michael Taylor and JB Shuck with Asdrubal Cabrera at third base in that game, Wilmer Difo getting another start at shortstop, Howie Kendrick at first base, and the 19-year-old top prospect Luis Garcia at second base. It is Garcia who leads the starters with a .438 batting average so far this spring.

We should get a much better look today in the competition for the fifth starter’s spot in the rotation as well as the final bench, and bullpen spots. Manager Dave Martinez and general manager Mike Rizzo have a lot to consider on first cuts as well as if they make any cuts of the non-guaranteed players like Hunter Strickland, Wilmer Difo and even Michael Taylor. Most expect the struggling Taylor to make the opening day roster while Strickland and Difo are in precarious situations.

As we saw yesterday, James Bourque who had been dominating in the back of the bullpen and mostly facing non-starters in games was inserted into last night’s game to face a few Marlins’ starters and he literally got bombed by Lewis Brinson on a no-doubter two run home run. How quickly things change, and that is the test for the bullpen arms and the bench stars. How will the young Garcia bat versus Jose Urena today? We will find out. In the other game, how will Carter Kieboom do against the left-handed Steven Matz? We will find out. Kieboom is batting .167 and most of his hits have come off of non-starters in his eighteen at-bats.

The results are so meaningless in Spring Training for most players due to small sample sizes but we mention it because that is what we have. Garcia’s .438 does not mean he will be the second coming of Ted Williams and the same for Kieboom’s .167 does not brand him as a sub-Mendoza guy.

We can take you back to the Toronto Blue Jays training camp of 2004 when the Jays traded off a prospect named Jayson Werth in March 2004 in order to promote Simon Pond who was crushing it in Spring Training. Pond’s total MLB career spanned sixteen games with a .163 batting average and is the constant reminder that you better be careful in what you think you are seeing. Pond’s .338 batting average with 4 HRs and a team best 23 hits was the talk of Spring Training camp that year. As Spring Training was approaching mid-March, the Blue Jays GM at the time, J.P. Ricciardi, was working secretly to trade Werth to create a spot for Pond.

If you want to read this cautionary tale that I wrote back in 2016, enjoy it. There was a top prospect in that camp named Trea Turner who was already being judged alongside the veteran Danny Espinosa. How did that turn out? 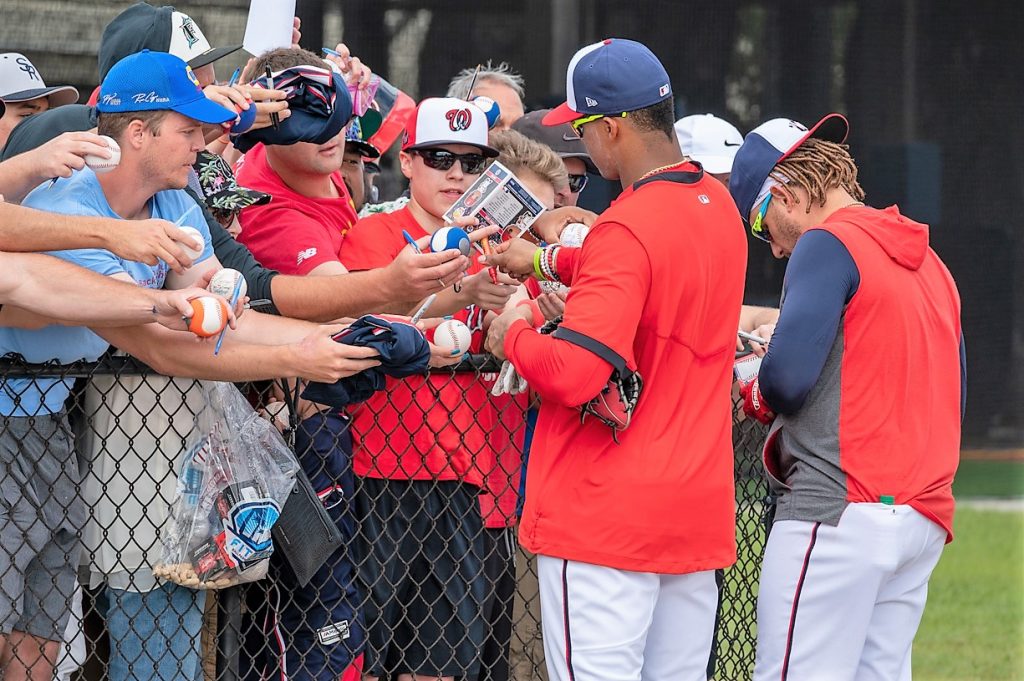 New autograph policy due to the Corona Virus goes into effect today; Photo by Craig Nedrow for TalkNats

The home game at FITTEAM against the Marlins can be heard on the MLB app or locally on the radio via 106.7 FM while the road game will be televised on the MLB app via the Mets feed at SNY.

Here are your starting lineups: