Game #14 of Spring Training; Where are the Nats bats? 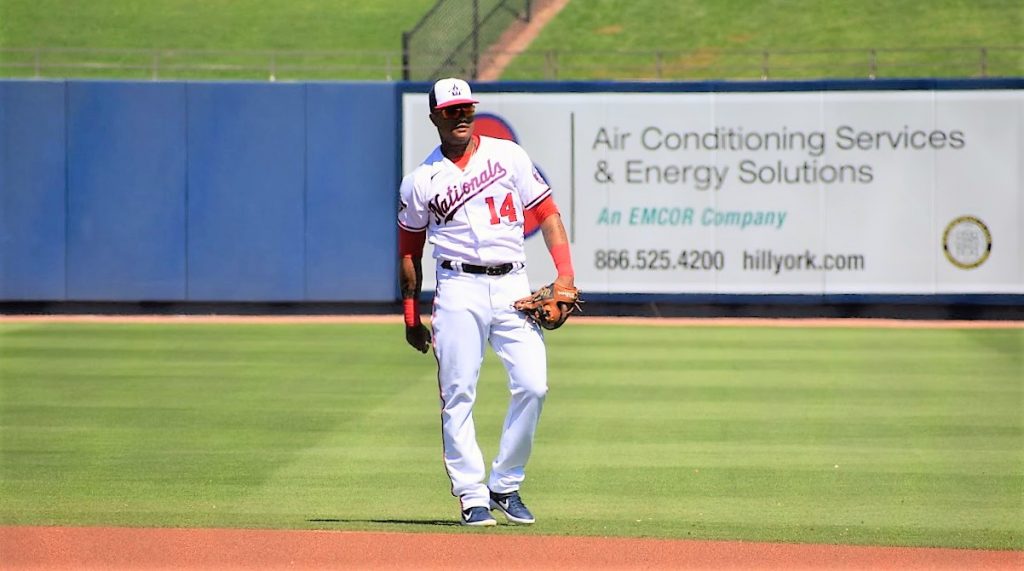 Starlin Castro is hitless in Spring Training; Photo by Katie Moran for TalkNats

In today’s starting lineup for the Nats, there are zero home runs in Spring Training combined from this group. In total, the Nats have five home runs for the entire Spring. In comparison, the Cardinals feasted on the Nats last night and have twenty-two bombs so far this Spring. It isn’t the weather, stadium conditions, or geography, however, you cannot pinpoint what has happened to the Nats bats this spring. Fortunately these games do not count. Starlin Castro’s .000 batting average means nothing in regards to his regular season just like Emilio Bonifacio‘s .353. But if you want to hear the funniest part, the Nats are not the worst offensive team — the Atlanta Braves are with a team worst .654 OPS coming into today’s games.

Do we worry that there is a problem or just keep on repeating the mantra that these games don’t count? Sure, Andrew Stevenson and his .333 batting average, and Luis Garcia at .467 want to make sure you know that their stats count. For general manager Mike Rizzo, and manager Dave Martinez, they have decisions to make on the roster. We cross over the halfway point in camp on Sunday afternoon, and teams can dump non-guaranteed contracts for 1/6th of the total before that. Players like Trea Turner, Michael A. Taylor, Hunter Strickland and Wilmer Difo are all on non-guaranteed deals now. Of course Turner is safe from the GM’s axe, but what about Taylor, Strickland and Difo? Taylor is probably safe even though his bat is missing in action (.150/ .143/ .200/ .343), and, no, that is not a typo on Taylor’s OBP at .143. He has been working on new batting mechanics, and you can see the growing pains. Strickland has been inconsistent on the mound and has mostly faced minor leaguers. His sample size is all of 3.0 innings of work and a 6.00 ERA and 1.67 WHIP. But Strickland is making $1.6 million, and he can be sent on his way for for $266,666.67.

In small sample sizes, here are four relievers who have looked very good. Did we mention small sample size bias? Look at those WHIPs! Abad (L), Freeman (L), and Bonnell (R) are all non-roster invitees. Bourque (R) is on the 40-man roster. Of course to this point those relievers are facing mostly minor leaguers by the time they are entering games. 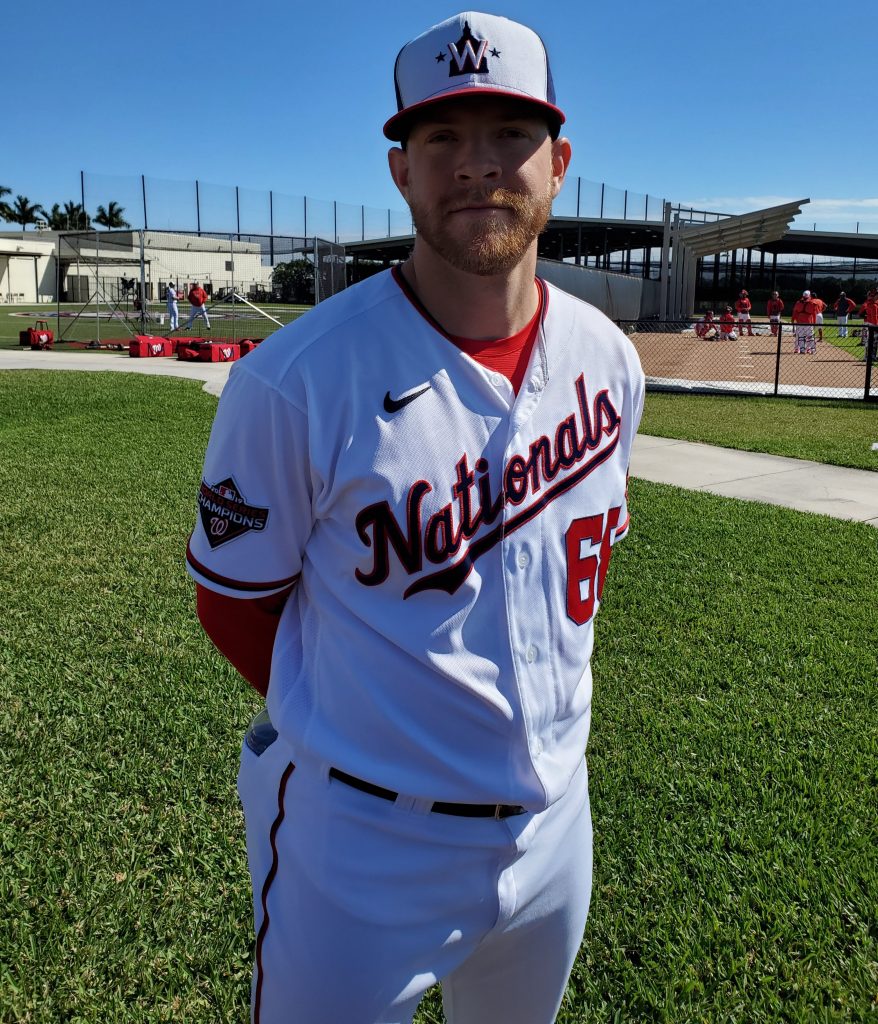 Name this player? Photo by Steve Mears for TalkNats

If you said, Bryan Bonnell is the player in that picture you guessed right. He only has two games on his record this spring because he has warmed up and not used a few times. Bonnell is a four-seam reliever with backspin movement on the ball with 95 velo on the gun, and throws a mean splitter with a nasty slider as his breaking pitch. Bonnell is a command and control guy as he just doesn’t walk a lot of hitters. From May 29th to July 24th of last year, he only surrendered one run while pitching for the Harrisburg Senators.

We are a long way from projecting the final bullpen for the Nats, but if an NRI makes this team, you would think a bullpenner has a chance over anyone else given what we have seen so far. Speaking to a scout who saw Sam Freeman pitch, he liked what he saw and the action on his ball, and it is the former Braves reliever who could be the guy. Bourque has the advantage of making the team because he is already on the 40-man roster, and he has options. The issue with Bourque last year was that he wilted under the pressure in his debut last year. Don’t be surprised if you see Bonnell at some point this year for the Nats given the strides he has made in the Minors.

With Will Harris still unavailable due to his oblique strain, we will see if he can get ready by Opening Day. For now, we will watch Anibal Sanchez on the mound against the Marlins who will start Sandy Alcantara for this 7:05 pm start time in Jupiter. There will be no television coverage for this game. Radio will be available on the MLB app and locally at 106.7 FM in the DC area.

By the way, it is less than 20 days to Opening Day.