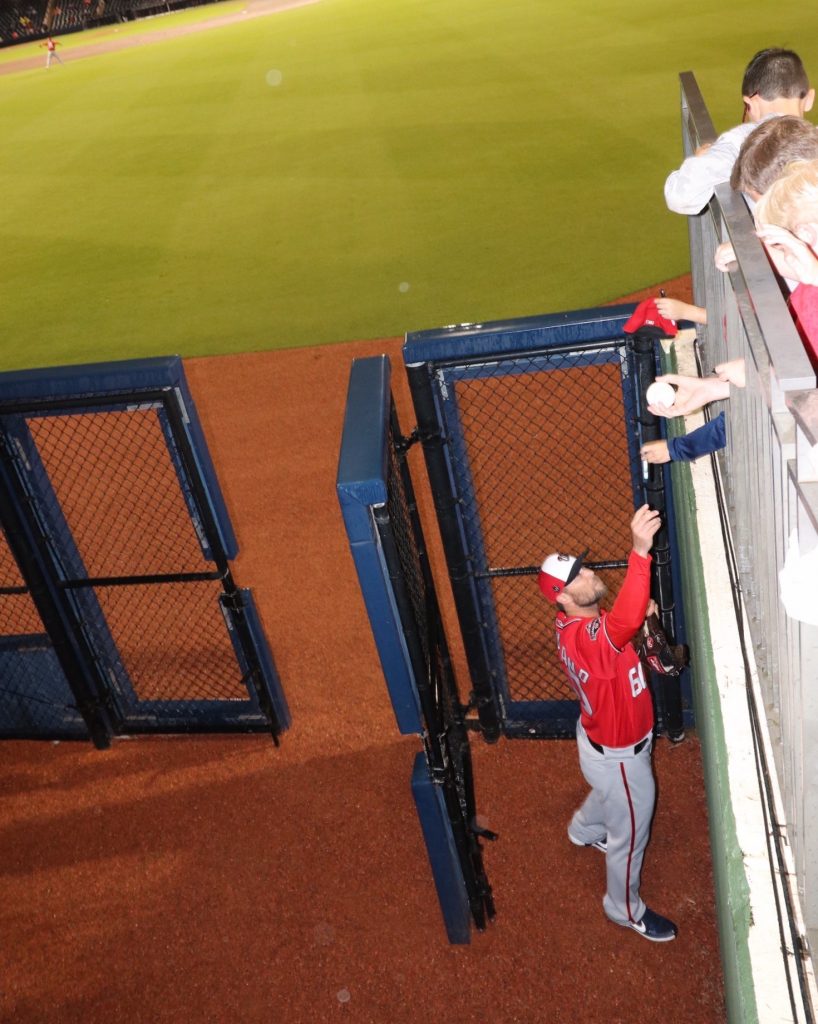 As we are arriving at the 16th day of Spring Training, MLB sets the first Spring Training severance clock at 2 pm for teams to part ways with players under the 16 percent non-guaranteed contract clause which covers most arbitration eligible players. The Nats have a few players like Trea Turner, Joe Ross, Roenis Elias, Michael A. Taylor, Hunter Strickland, and Wilmer Difo who are in that category. For Washington Nationals general manager Mike Rizzo, he can make a decision now or wait for the end of camp for the second phase of the severance clock. Of course Turner, Ross and Elias all appear to be 100 percent safe, and most likely any decision on Taylor will be made closer to Opening Day. But what about Strickland and Difo? Both have had poor camps so far if we can be above board on their grades.

If any of those players were to be cut before tomorrow’s deadline, they would receive a severance equal to 16.04% (30 days) of their 2020 salary. A player cut between the 16th day and the end of Spring Training is owed 24.07% (45 days) as severance pay of their 2020 salary. The arbitration salary becomes guaranteed if the player is on the 26-man roster when the season begins.

While Mike Rizzo could wait for the end of Spring Training to decide, the decision on Difo seems clear that he will not make the big league roster at the end of camp. Do you make a decision now on Strickland or do you wait another 16-days to decide his fate? That is about a $128,000 decision if you wait the entire camp on Strickland.

While Strickland is at $1.6 million for his 2020 salary and Difo at $1 million, the biggest decision could come before the end of Spring Training on Michael Taylor who is set to earn $3.325 million this year. The Nats could go with a player like Emilio Bonifacio or/and Andrew Stevenson for the bench and save that money. But Taylor still looks like he will make the team unless he was traded which also does not look likely. He has struggled so far in this Spring Training as he is working on a new “bent knee” batting stance, and he is batting just .174 with a .384 OPS with only one extra base hit.

On Strickland, he is at a 9.00 ERA this spring with a .350 BAA and a 2.000 WHIP. After his struggles in 2019, he thought his issues were due to rehabbing back from an injury, but we have seen him once again serving up meatballs to fringe players in the Grapefruit League. Difo is batting .130 with a .348 OPS, and the Nationals have other infield options for depth.

In recent history, Rizzo cut Derek Norris during the 2017 spring training camp and paid him a 30-day severance. These decisions are not easy to make, and it is actually rare when an arbitration player is cut during Spring Training.