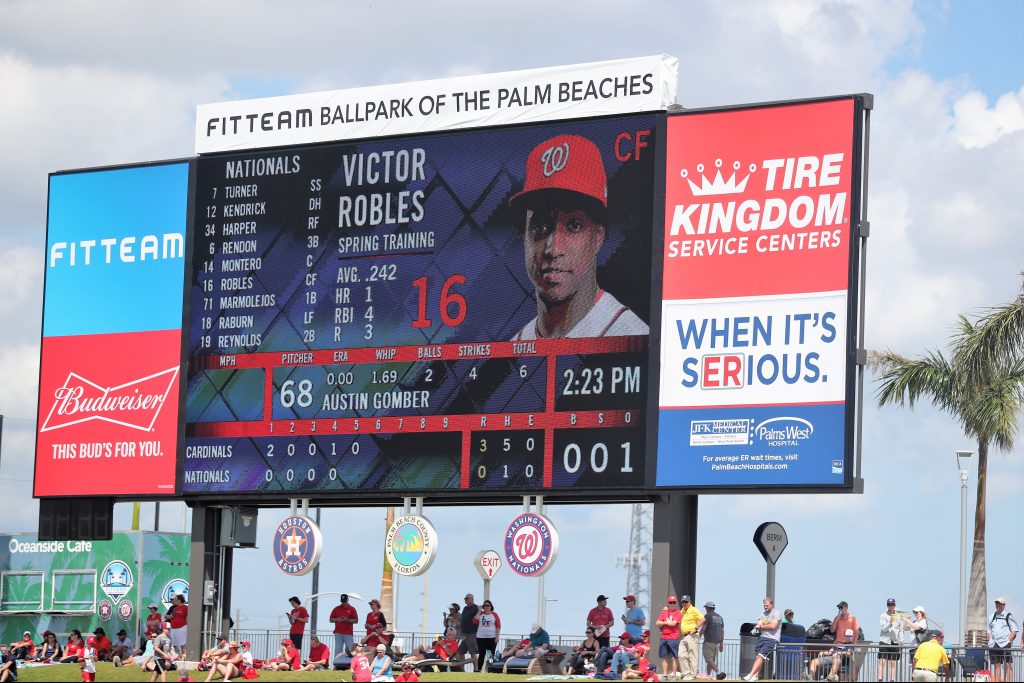 This afternoon matchup has the Tampa Bay Rays travelling into the FITTEAM Ballpark of the Palm Beaches to face our Washington Nationals. In this game, Stephen Strasburg will make his 2020 Spring Training debut. He will be on a strict pitch count as expected. The Rays are starting lefty Ryan Yarbrough. He is a Florida native who went to Old Dominion University.

The Rays are projected as a 90 win team by Fangraphs in 2020, and they have revamped much of their lineup which we will not get to see fully today. They build through youth from the draft and trades in order to keep their payroll low.

This game is being televised on MASN and on the radio with WJFK’s AM station on 1580.

This entry was posted in InGame, SpringTraining, Uncategorized. Bookmark the permalink.
← Previous Article | Next Article →