This Hot Stove event had a new accoutrement: The World Series trophy! 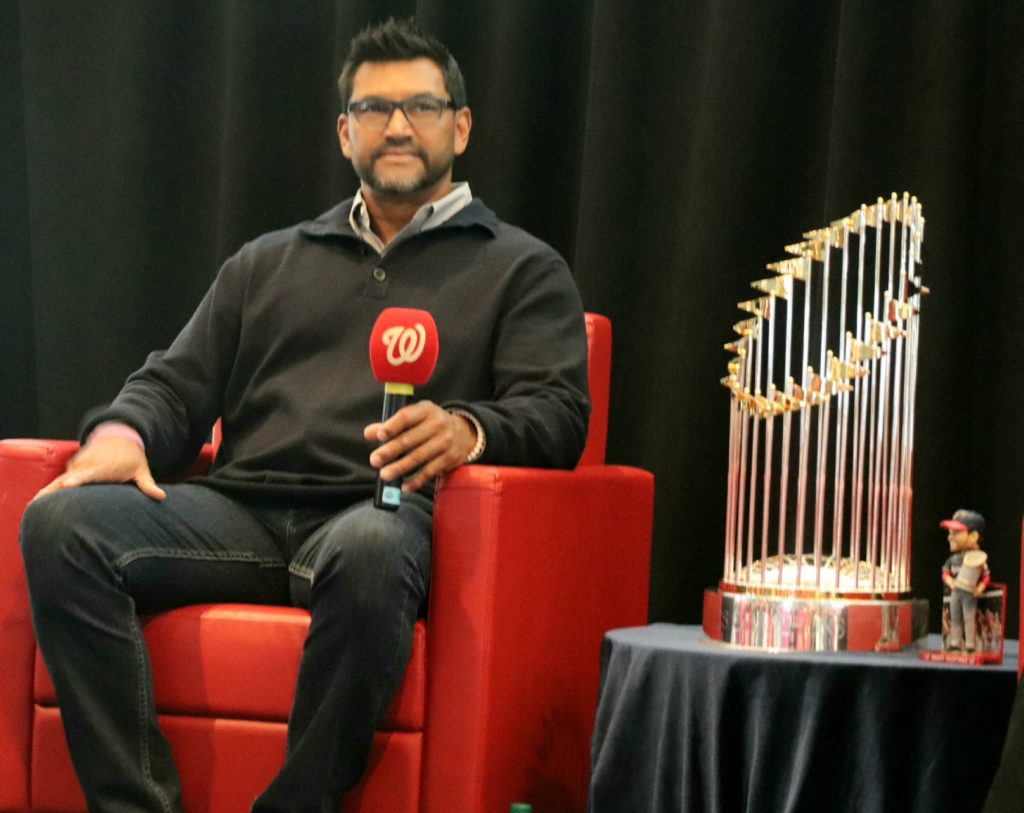 The annual Hot Stove event took place at Nats Park today, and season ticket holders were able to come together to celebrate the World Series title and listen to a discussion about the Washington Nationals past, present, and future of the team as manager Dave Martinez, assistant General Manager Mark Scialabba, and VP of Business Operation Jake Burns spoke about everything from World Series rings to who might be playing third base this season.

MASN color announcer FP Santangelo kicked off the event. He said he was struggling to move on from the 2019 season, which I’m sure many of us can identify with as you want to savor every special moment of that magical season. It’s definitely hard to focus on the upcoming season when you’re still riding the high of a World Series win. He mentioned how the Nats got to enjoy the most champagne celebrations possible (five), thanks to having to start with the Wild Card game. Definitely focuses on the positive of not winning the division, given the extra postseason win gave us one more Calma singing, shirtless champagne-soaked clubhouse party. (And, for anyone who had concerns, he also pointed out that his recent physical indicated that his liver was fine after all that partying.) FP sounded a little emotional when speaking, and stated that he, like the fans, lives and dies with each game, so this win was just as big to him as it was to us. FP made a point to ask fans to remember how hard it was to earn that championship last season. The years of early postseason exits, the tougher seasons where we didn’t make October, and the rough 19-31 start from last year were all part of this experience. He asked that fans enjoy the win, but to also not become entitled and feel more titles are a given in the future. Enjoy the ride, savor the highs, and remember that the lows are leading to something great.

VP of Business, Jake Burns, followed FP on the stage, and he discussed several things for the upcoming season.

Nats Extra host Dan Kolko took the stage as the “special guest” during the star portion of the event, with Manager Davey Martinez and assistant GM Mark Scialabba, who sat in for absent GM Mike Rizzo. Most importantly, these guys were joined on stage by the Commissioner’s World Series Trophy.

The Nats appear to be in good shape as they head into the new year to kick off the defense of their World Series title. Davey and Rizzo seem fairly happy with the team they’ve assembled, and there will be some exciting storylines to watch as Spring Training progresses. There are also some fun things in store for the fans to celebrate the championship and to enjoy games at the ballpark throughout the 2020 season.