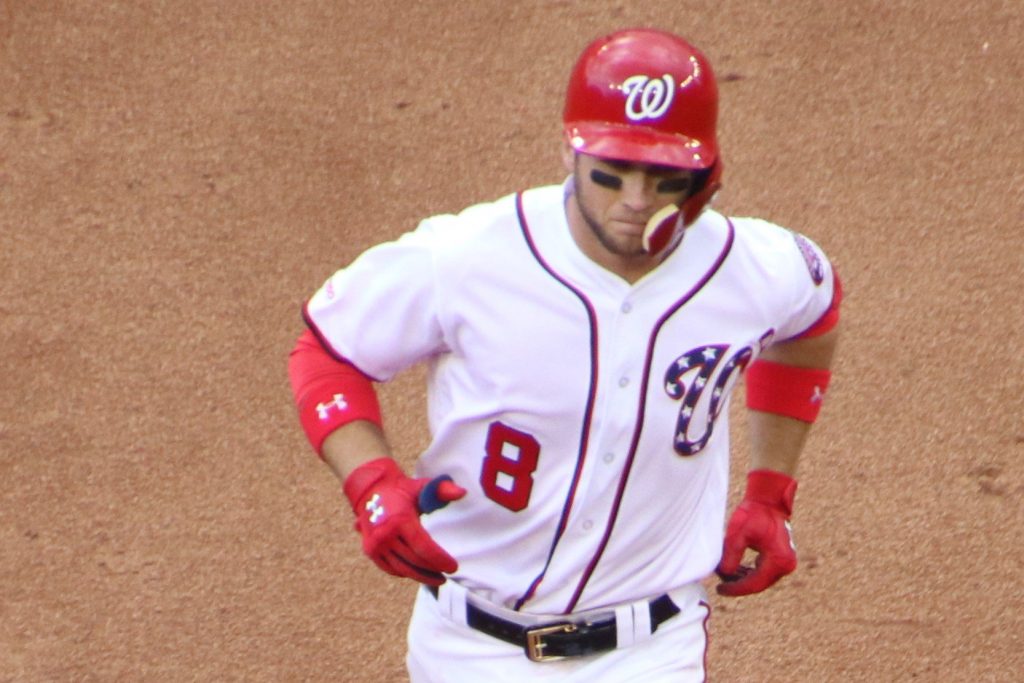 Just because last year’s top prospect Victor Robles made the Opening Day roster last year does not make it a “sure thing” that this year’s top prospect Carter Kieboom will be traveling to Citifield on March 26th for Opening Day. Another beat writer seemingly has it as a done deal, and on the roster and it seems that I might be the only one who is hitting the pause button on anointing the top prospect as a lock for Opening Day. There is not a quote from general manager Mike Rizzo or from manager Dave Martinez guaranteeing that the 22-year-old infielder is a lock for the Opening Day roster. Sure, we like the youngest of the Kieboom brothers, but until we see him in Spring Training and know that every one of the veteran infielders are healthy — then why speculate?

The reason why many want Kieboom is because they are looking for upside at the “hot corner” and some think he could be that star in the making like Juan Soto was in 2018. There has only been one Juan Soto in the 150 year history of baseball. When Carter Kieboom is ready — he just needs to be Carter Kieboom and not try to be Juan Soto. This is a good team that Mike Rizzo has assembled.

“I said this before, and I will say it again — Carter Kieboom deserves an opportunity to play in the big leagues,” Martinez said at the Hot Stove event on Sunday. “We’re going to take a look at him. And for me, we will stick him at third base. We’re going to let him play third base. He’s going to work with Bogey and Chip Hale, and we’re going to get him ready to be our future third baseman.”

There were no guarantees in that comment when Davey was asked who his starting third baseman would be. As Davey said, coaches Tim Bogar and Chip Hale will work with Kieboom, and nobody would be surprised if the Nats former Gold Glove third baseman, Ryan Zimmerman, gave the top prospect some pointers.

The good news is Kieboom is already working out in practice at third base. In his pro career, he has ten total games at third base, and unfortunately has four errors for an .875 fielding percentage. For the good news, Kieboom turned three doubleplays from the hot corner in those ten games. Many shortstops have been converted to third baseman and most notably Manny Machado and Alex Bregman. It is Bregman who Kieboom has been compared to by some scouts and analysts.

A few more notes from Davey mentioned that Asdrubal Cabrera would play third base, and we could also see Howie Kendrick and Starlin Castro also getting some reps at the hot corner. The one player who the manager said would not be playing third base is Trea Turner.

There is also the service time issue to discuss as some teams look to control service time for their top prospects. We have asked our service time expert, Don Henderson, for some calculations on how long the 22-year-old would need to be in the Minors in 2020 to maximize his team control at the six years and five months. Henderson points out that Kieboom accumulated a dozen days of service time in 2019 on the Nats’ roster and “he can be called up on April 22 – a little less than 4 weeks after Opening Day to maximize his service time. This ignores Super 2 issues and assumes the Cubs win the dispute with Kris Bryant.”

If you believe in Fangraphs projections, they have Kieboom stepping up to the plate 441 times for the Nats this season, and they increased his WAR to +1.7, and they are thinking he will be the Nats primary third baseman for about 90 games with 20 games at other positions in the infield. Fangraphs certainly backed off of their most aggressive projections as they once had Kieboom playing nearly the whole season for the big league club at a +2.4 WAR.

Like the game of baseball, projecting players on paper is rarely accurate. That is why we play the games. Davey will put Kieboom at third base in Spring Training, and from there, we will see how the youngster looks. Based on how he looks in West Palm Beach could determine where Kieboom is playing on March 26 — and that is just fifty-seven and a half days from now.