Money, money, money! The winner’s share is in! Nats players split over $29 million! 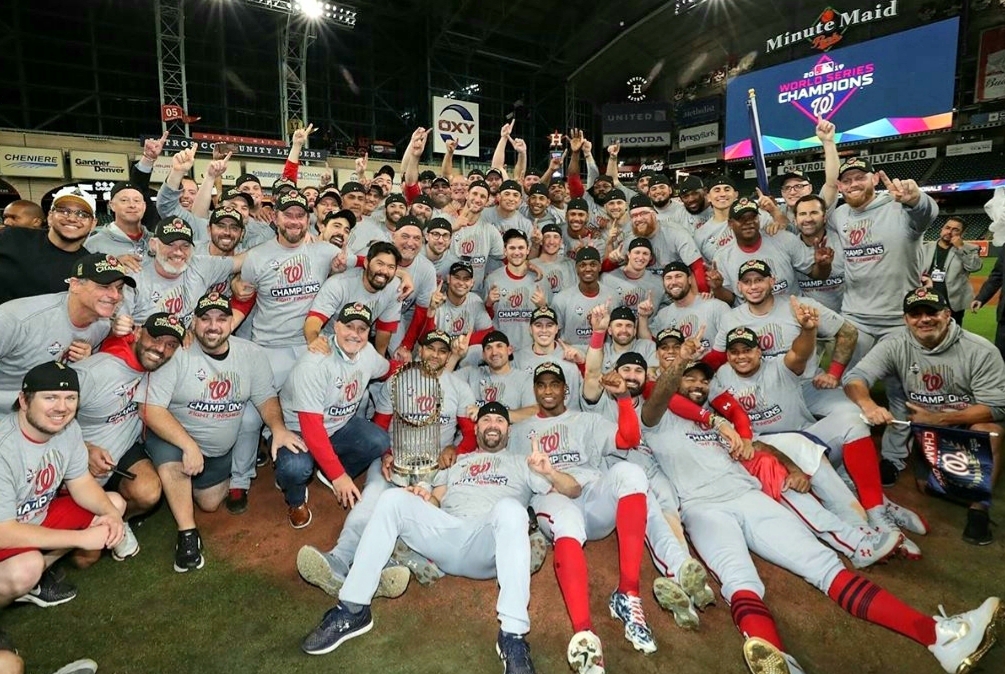 When you win the World Series, there is a financial windfall that will cumulative for years to come. One of the first checks will come from the players share of the MLB pool that the Washington Nationals received in a total of $29,110,012.47 for winning the World Series. On top of that, the players will get World Series rings, mementos, and other gifts of appreciation, and if that is not enough, there will be trips, appearances, and memorabilia contracts. Many of the players have already signed thousands of World Series pieces that were sold to collectors, and the demand will always be there for reunions and autograph shows. It is the gift that keeps on giving!  To a player like Max Scherzer who has made hundreds of millions of dollars, the monetary sums will not matter but to a player like Jake Noll his share of cash will make a sizeable difference in his life for that walk-off walk on April 3rd. In total, 50 Nats players appeared in games this season and 51 players were on the roster during 2019. There are players like James Bourque who appeared in one game and 2/3 of an inning, Michael Blazek who appeared in four games and was DFA’d, and the most curious case of Spencer Kieboom who was on the roster for five days in two separate stints but never appeared in a game in 2019.

Key players from the Nats voted on how to split up the loot ($29,110,012.47). In total, they voted 61 full shares at $382,358.18 to be given to support staff, locker room staff, training staff, and players who contributed to the Nats success. Of course there is a level of mystery surrounding as to how much ex-players like Trevor Rosenthal, Kyle Barraclough and Tony Sipp will receive. There will also be 14.125 partial shares distributed and two cash awards according to a Press Release from Major League Baseball announced today. 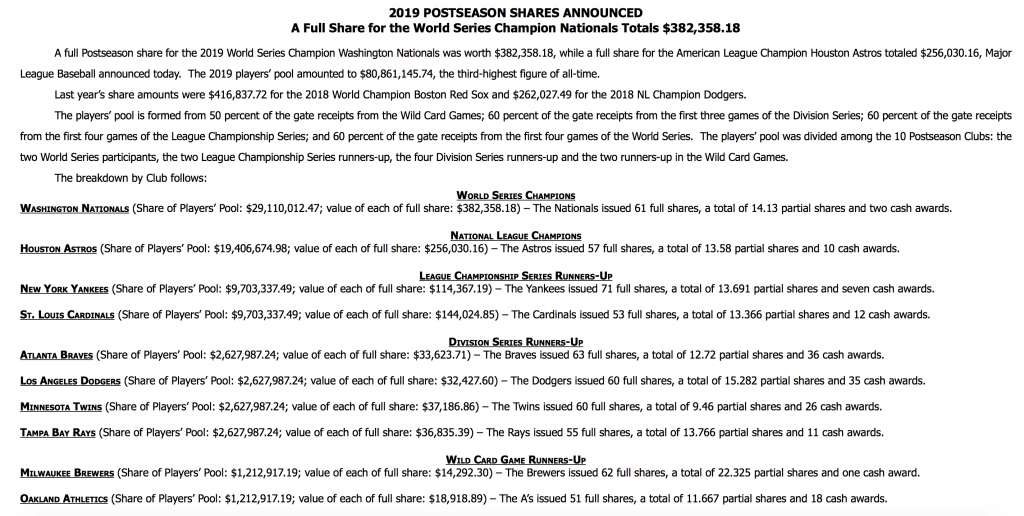