The Nats needs for 2020 begin with starting pitching! 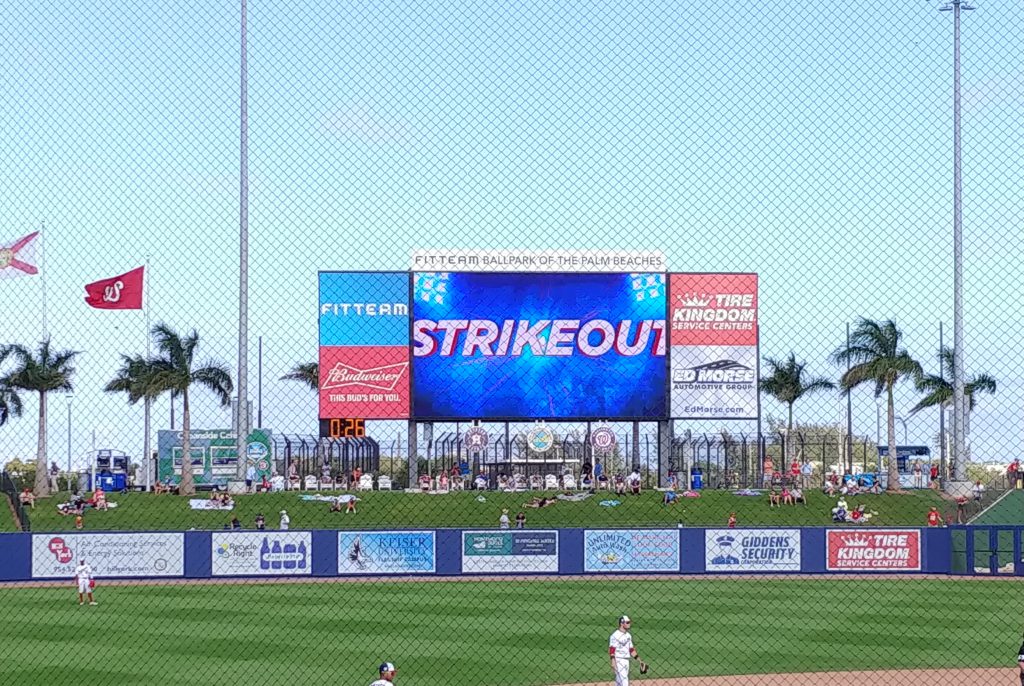 Every team enters the off-season in need of starting pitching. For the Washington Nationals, they have built around elite starting pitching since they began their winning ways. They enter the offseason with a need to replace Stephen Strasburg and Jeremy Hellickson in their starting rotation. It is possible that Strasburg returns, and the Nationals have three in-house candidates for the 5th starter spot to replace Hellickson, and those pitchers are Joe Ross, Austin Voth and Erick Fedde. The great news is the Nationals also have Max Scherzer, Patrick Corbin, and Anibal Sanchez as locks for the 2020 starting rotation.

For those who forgot, Strasburg became a free agent for the first time when he utilized the opt-out clause in his contract that was part of the seven year deal he signed with the Nationals in May of 2016. Strasburg could have been a free agent three years ago at a much younger age. He turns 32 years old next July and that will keep him from signing a deal like Gerrit Cole will be seeking. Most analysts expect Strasburg to come back to the Nats and so does general  manager Mike Rizzo.

“I think he likes it here,” Rizzo said before the opt-out. “I think he loves his teammates and the atmosphere that we have here and I’m confident that he’ll be a National. He loves it here in Washington, D.C. He’s sold his place in San Diego and lives here full-time and he’s a Washingtonian.”

One thing Strasburg got to do in D.C. is to grow up as a person and an athlete, a father and a husband, a friend and a teammate and even as a role model. He has experienced the lows and the highs and is now a World Series champ. Being on a team that protected his health first and foremost was not a path all sports teams take. Many teams will treat you like an expendable asset — inventory that is bought and sold, and you better get the most while you are paying the freight. The Nats did not look at it like that. They could have caved to the critics and pushed him to pitch well past his 159 1/3 innings in 2012 and risk his arm, but that is not the Nationals way to risk health for the sake of winning.

There could also be a level of vindication for the “shutdown” to those outspoken critics who made it personal with Strasburg as there was a sentiment with some that he was “soft” and fragile. To be a World Champion was a culmination of all of the hard work after his road back from Tommy John surgery and a few of those nagging injuries that he avoided this past season to throw a total of 245 innings and earn the MVP in the World Series. Strasburg is now in the pantheon of the greatest starting pitchers ever in the postseason. While he has not won a Cy Young award in the regular season, he has cemented himself as one of the greats and that takes years of All-Star level seasons.

“I’ve really learned that if I focus on the things that I can control, and I think I’ve learned that I’m a perfectionist, I’ve learned that I’m a control freak,” Strasburg said. “And in this game it’s very hard to be perfect. It’s very hard to control things. But the one thing that you can control is your approach and how you handle your business off the field. And when you go out there and compete, it’s just about execution. And you put in all the work in the offseason, in between starts, to go out there and try and be the best version of yourself. And that’s something you can control every time.”

If Strasburg does not return to the Nationals, it will put general manager Mike Rizzo in need of a top of the rotation starter where every team is looking. The Nats do not necessarily need a #1 starter but they could use a starter with top of the rotation potential like Zack Wheeler for instance, however he received a qualified offer which could deter the Nationals who need to build-up their farm system and not forfeit second round draft picks.

Projections are that Max Scherzer will regress a little further in 2020 to a 3.16 ERA. The last three years his ERA has been 2.51, 2.53, and 2.92, and if you believe in his FIP, the ace who turns 36 next July improved the last years in FIP from 2.90 to a league best 2.45. For those who believe in FIP (fielding independent pitching) is an advance stat to neutralize what a pitcher can control such as home runs, walks, HBP, and strikeouts. Scherzer’s strikeouts were up and walks were down in 2019, but his hits given up were up. Max is in the Final-3 for the 2019 Cy Young which gives you a good idea what the BBWAA voters think of him.

Both Corbin and Sanchez had solid seasons as they adjusted to manager Dave Martinez and pitching coach Paul Menhart. Corbin saw a slight drop in his peripherals however his ERA was nearly identical to 2018 when he had a 3.15 ERA and put up a 3.25 in 2019. Anibal Sanchez had a 2018 ERA based on light usage that few thought he could repeat. He was as good as advertised on this Nationals team in 2019 showing an arsenal of finesse pitches that kept him in most games and dominant in one of the greatest pitching performances in NLCS history as he threw a no-hitter two outs into the 8th inning against the Cardinals to lead his Nats.

Here is a list of current free agent sorted by WAR and this list could get longer as pitchers are non-tendered and DFA’d:

The list is long and the top of the list is where the Nationals will want to be shopping at. For now, the feeling is the Nationals want to keep Strasburg so we will see how this progresses.

This entry was posted in Analysis, MikeRizzo, Roster, Starters. Bookmark the permalink.
← Previous Article | Next Article →