Even the 94 year old Ted Lerner wasn’t around for the1924 parade! 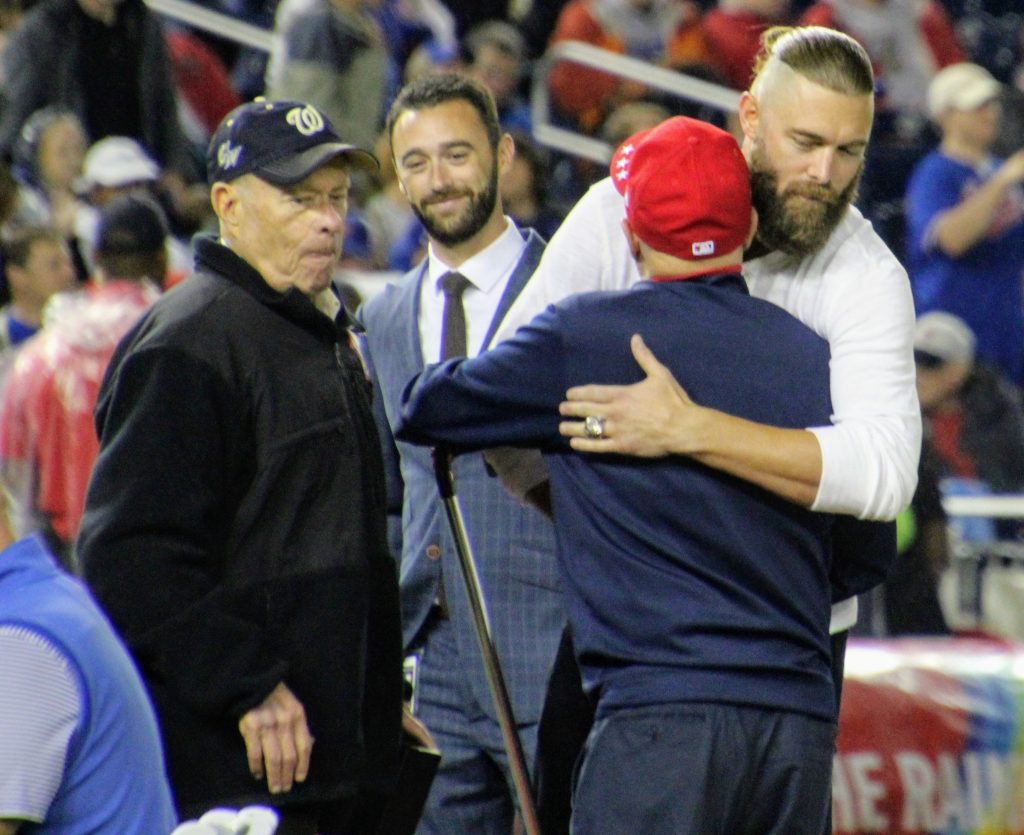 Usually nothing good comes easy. The path of least resistance is usually that bumpy ride that leads to beautiful places. There are few Washingtonians who were alive 95 years ago when D.C. held its last World Series parade before the Great Depression. For the 94-year-old owner of the Washington Nationals, Ted Lerner was just a gleam in his father’s eye when the 1924 World Series parade was held. Lerner was born the next year and grew up in upper NW D.C. in his youth, and while he could have been a toddler at a game to watch Walter Johnson pitch, he did experience the 1933 World Series as an 8-year-old at DC’s last bit of October glory before this year. Separated by 86 years between October classics, you have to savor what has happened this week and this year and even the road to glory.

Mr. Lerner’s love of baseball inspired him to purchase the Washington Nationals in 2006 and restore that glory of his early youth. Maybe Lerner was the owner the Nats needed among the many suitors because you never know how the alternatives would have turned out. Savor the triumph and all the glory because World Series wins are rare indeed.  D.C. waited longer than the Red Sox for another parade in fact.

The early years of Nationals baseball were painful, and the former president of baseball operations, Stan Kasten, used to refer to “the plan” and those like myself believed in it while others were more skeptical.  I waited over 30 years for baseball to return to D.C. and I decided to just enjoy the ride and find reasons for optimism. Yes, it was painful at times enduring literally hundreds of losses and some were cynical as the media often pounded the Nats and their culture. They were an easy target. The media started the narrative that the “Lerners are cheap” as they would repeat over and over that Lerner would not spend money. Au contraire, “the plan” yielded the Nats in consecutive years from 2009-2011 key draft picks of  Stephen Strasburg, Bryce Harper and Anthony Rendon because they strategically tanked to build from the bare bones carrying just three parts of the building blocks with homegrown talent of Ryan Zimmerman, Jordan Zimmermann and Ian Desmond. In 2011, the first big free agent acquisition was made for Jayson Werth as the man they spent $126 million to teach the players how to win. What is now known as “tanking” was played out to perfection by the Lerners, but with many, no matter what they do — the narratives of hate won’t go away as it was being trumpeted when the Nats did not sign Craig Kimbrel nearing the trade deadline instead opting to trade for Daniel Hudson, Roenis Elias, and Hunter Strickland. Maybe general manager Mike Rizzo knew all along what he was doing, and maybe the Lerners too.

The Lerners took all of the heat for the decision to not bring back manager Dusty Baker for the 2018 season because the he could not advance a $200 million team past the NLDS so why shouldn’t the Lerners take the credit for getting manager Dave Martinez who turned the Nats into the World Series winner. Well, owners usually only take the blame while receiving little credit.  In the last four years, only the Red Sox have out-spent the Nationals over that period and sources told us the team had been running the team at large losses due to the drop in revenue and stretched payroll . Season ticket sales fell in 2019, and behind the scenes budgetary constraints were felt. Yes, it is a business too, but finally the plan built around spending money on top starting pitching and bagging the top pitching prize in Patrick Corbin paid the dividends that ownership and Rizzo envisioned. 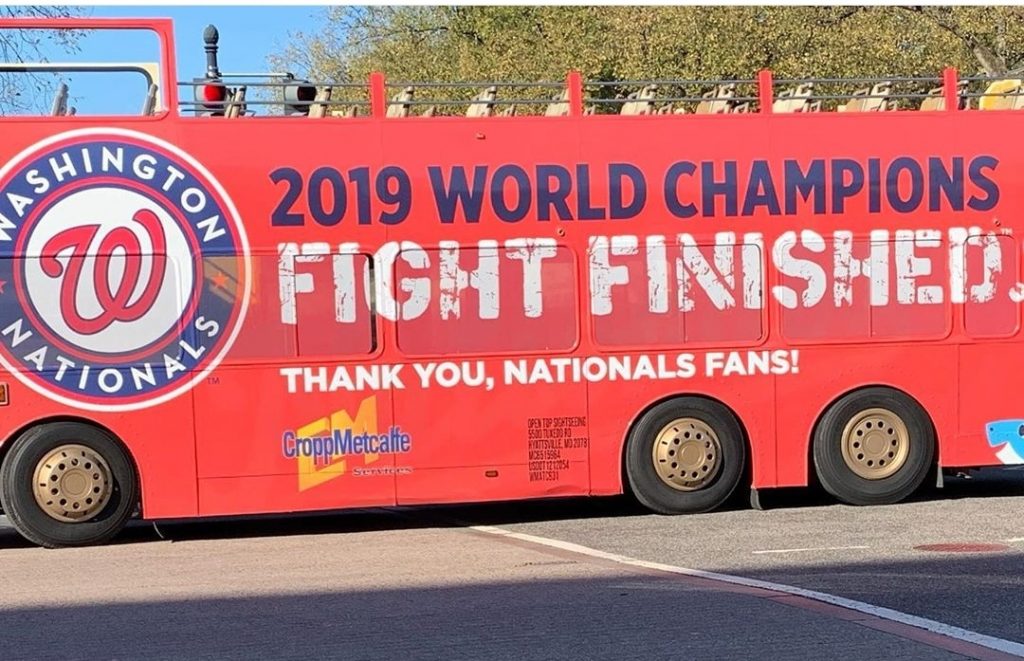 These are happy times, but to really enjoy them it is important to know the path to the success through years of losing 100-games in a season to Tommy John surgeries, bumps and bruises, and blood, sweat, and tears. Nothing great comes without sacrifice. In less than 15 years of this team’s existence the Washington Nationals are the 2019 World Series champs! Enjoy the parade and appreciate the ride.