In addition to the bobbleheads, fans can also purchase a set of championship Matching Family Pajamas, just in time for the holidays. These pajamas feature the commemorative championship logo on a team-colored pattern, and are available in men’s, women’s, youth, toddler’s, and infant’s sizes.

FOCO’s Oversized Reversible Sherpa Hoodeez, make great gifts for any Nats fan. The one-size-fits-all novelty apparel piece features an oversized World Series Champions logo on one side and a smaller left chest logo on the reverse side of soft Sherpa material. This is the perfect item for fans who want to relax comfortably and soak in the big win.

“The Washington Nationals concluded one of the most exciting seasons in recent memory, beating the odds as the underdog to win a World Series championship,” said Matthew Katz, Senior Licensing Manager at FOCO. “To commemorate the team’s historic first championship, FOCO is excited to offer some great limited edition collectibles for Washington Nationals fans eager to celebrate the team’s incredible season,” Katz continued.

These Washington Nationals 2019 World Series Champions products are just some of many exciting items FOCO continues to release that depict superstars, mascots, memorable plays and iconic moments throughout the world of sports.

Use code BASEBALL15 when purchasing three or more bobbleheads and receive 15% off your order. 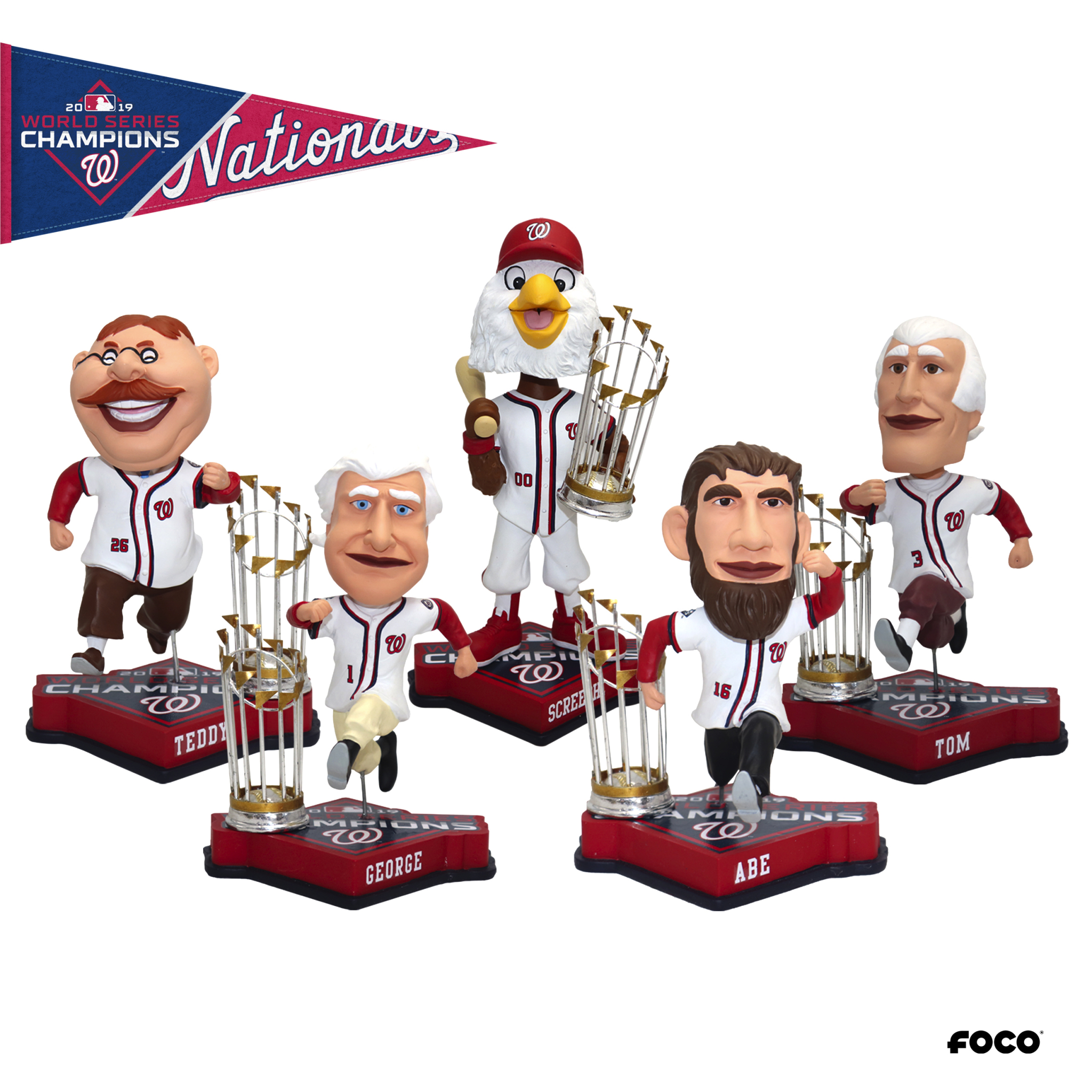 FOCO is a leading manufacturer of sports and entertainment merchandise celebrating more than 20 years in the industry. The company’s always-growing product lines includes apparel, accessories, toys, collectibles, novelty items, and more. FOCO is licensed with all major sports leagues including the NFL, MLB, NBA, NHL, NASCAR, MLS and over 150 colleges and universities as well as entertainment properties such as Disney, Warner Bros/DC Comics, Nickelodeon and WWE.