One thing is for certain with these 2019 Nats!

One thing is for certain with your 2019 Washington Nationals, no matter what happens tomorrow and the next day this Nats team placed themselves in the pantheon of some of the greatest teams in baseball history. Certainly, this is one of the top three teams in Washington, D.C. baseball history. This team picked itself off of the mat when they had a 19-31 record on May 23rd and made it to the World Series as an underdog every step of the way. No longer can the critics and haters say that the Nats have never won a postseason series. With Max Scherzer unavailable due to a neck injury, the odds got a lot longer. The Nationals will have to win tomorrow to stay alive, and they have their best pitcher on the mound in Stephen Strasburg.

The team’s orthopedic surgeon gave Scherzer a cortisone shot yesterday which will need two days to see if it works, but again Game 7 is only possible if the Nats win Game 6 which is an elimination game for the Nats.

“Right now my focus is on Game 6,” manager Dave Martinez said. “We’ve got to treat that as a Game 7 right now. There won’t be Game 7 if we can’t get out of Game 6. So I’ll focus on just winning tomorrow and going 1-0 and go from there.”

While the pitching for a potential Game 7 could be an issue for Martinez, the larger issue is scoring runs right now and making contact that is not as predictable as it has been the past three games. The Nationals batting average on balls in play is .163 over the last two games. Even worse was the Nats RISP hitting in that homestand at 1-21 (.048 BA), and that one hit was an infield hit on a ball off of a Houston Astros pitcher’s leg. Not one RBI came the Nationals way off of a RISP hit in the homsestand. The good news is that this Nationals team hit well Minute Maid Park in the first two games. 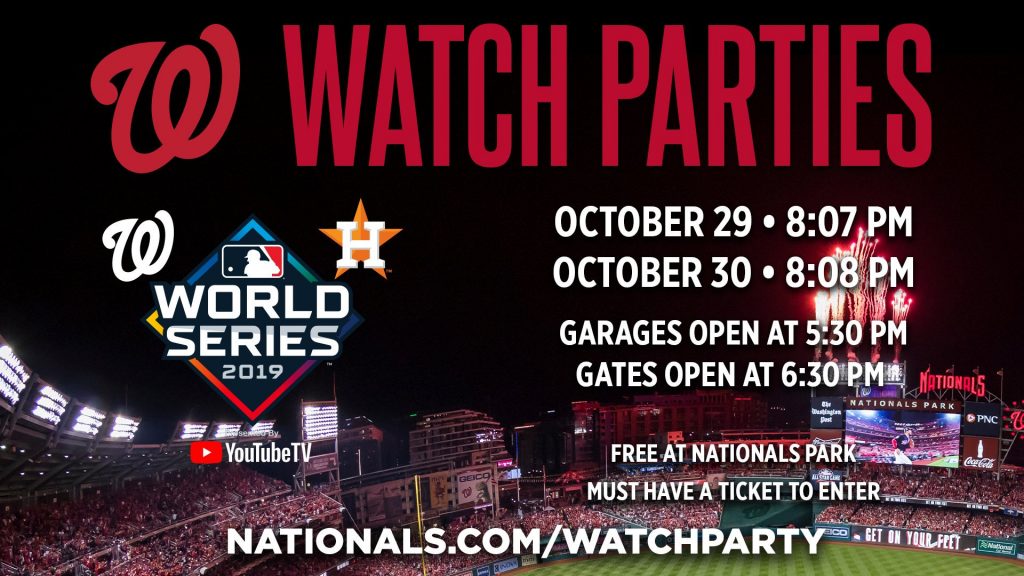