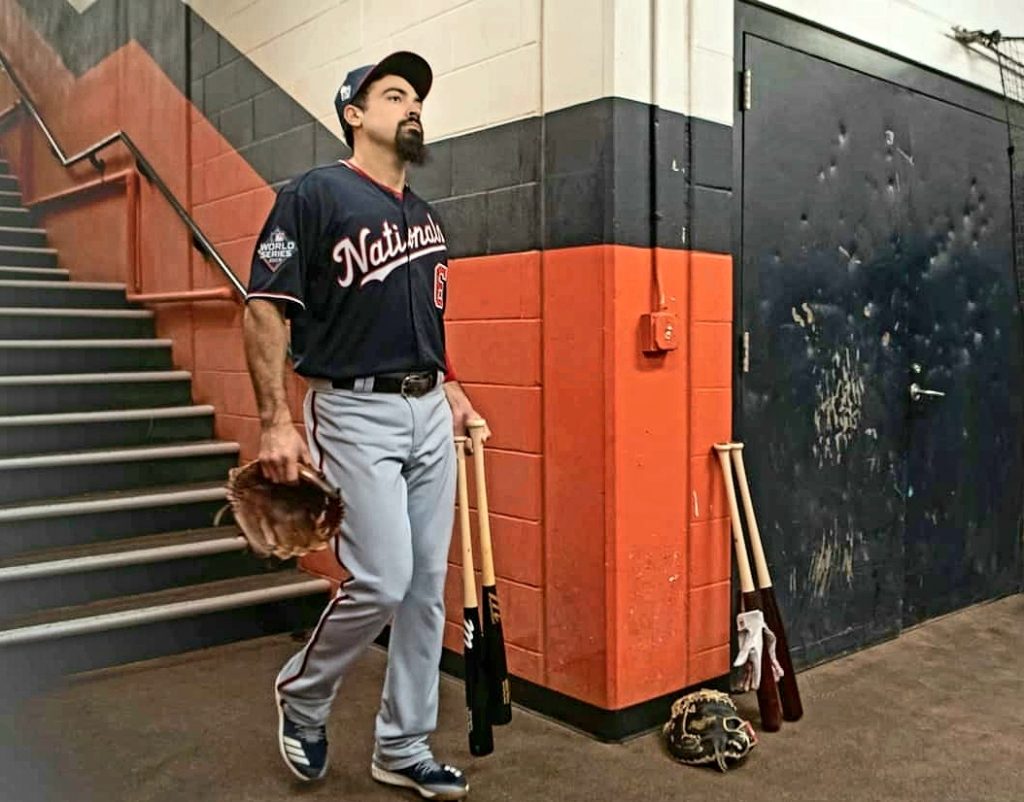 The Nationals enter their fourth elimination game of this postseason, and their first Game 6 in team history. The team will feature the same lineup as their first two wins in Houston with Asdrubal Cabrera at second base and Howie Kendrick at designated hitter as well as their Game 2 starter Stephen Strasburg who has four wins in this 2019 postseason. Stras has a 1.34 ERA in 47.0 innings in his postseason history, and for all the talk about Madison Bumgarner in 2014 and Gerrit Cole in 2019 — Strasburg should be in the same conversation as Sandy Koufax and receiving more accolades than Bumgarner and Cole as postseason starting pitchers — and maybe that will happen.

Baseball and sports has a way of putting athletes on pedestals when they do not always deserve it. The Nats had a player like that on their roster for several years, and he was not even the best player on the team — and Stras is a player who deserves to be put on that pedestal. Strasburg is like the fine wine that you know was going to be excellent when it was first acquired and as you turned it — it just got more exquisite for age.

“[Strasburg] has been doing it all year, and pretty much the past few years in the playoffs, for us,” Ryan Zimmerman said. “Whenever we need a big game or a big outing, he steps up and gives us one.”

With word breaking that Max Scherzer will be available to start tomorrow, the Nats will want to make that happen with a win tonight. The Nats need to follow their manager’s lead as Dave Martinez always asserts, “Just go 1-0 today. The order of the day is there for the taking if the Nats play their game.

“The guys are good,” said Martinez. “We were talking about it after the press conference [Sunday] night, and they’re all upbeat. They think this is way far from over.”

The Houston Astros will start the righty Justin Verlander tonight. He has some demons in his closet to exorcise, and the Nats will want to spoil his efforts. And so it goes in this Game 6. Strasburg offers hope for the Nationals, as he takes the ball for Game 6, and the Nationals are hopeful that Scherzer will be fully ready and an ace to pitch a potential Game 7. 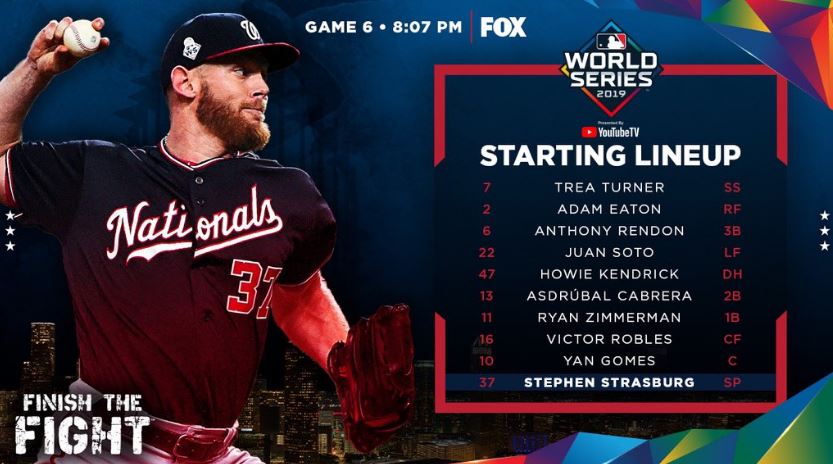