Game #5 World Series is now a best of 3 to the finish! 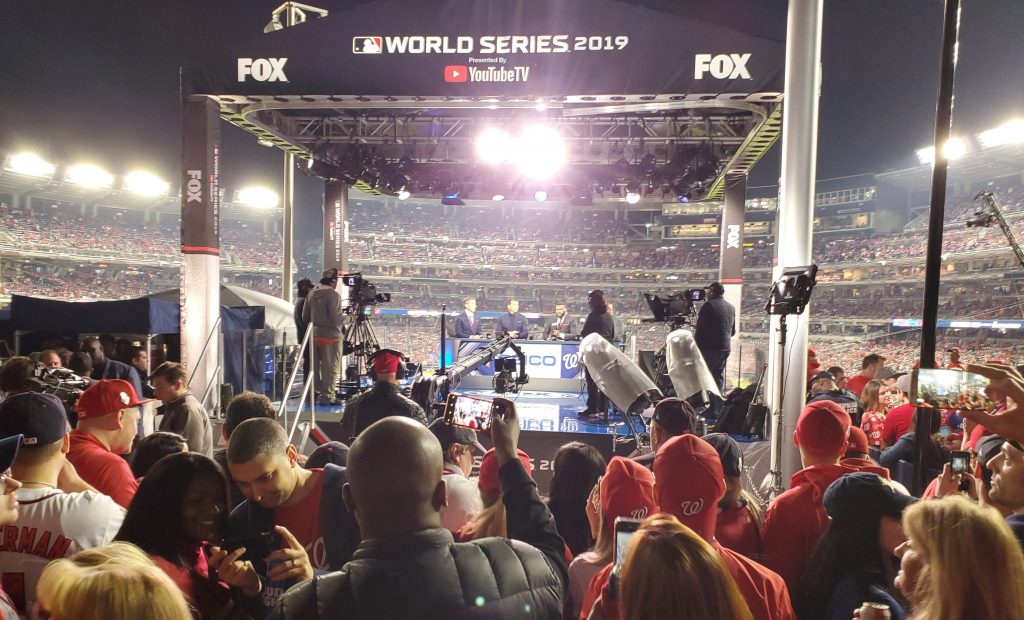 This World Series is now tied at 2-2, and whoever wins tonight will push the other team to the brink of elimination of what is now a best-of-3 games to determine the World Series champ. The Washington Nationals and Houston Astros have now lined up their rotations from Game 1 and Game 2 for these next two games. Tonight’s weather forecast looks like it will cooperate with the heavy rain moving out of the area. It rained last night but not enough to cause any issues.

Will the Nationals have a team meeting? They are not in a hole and have been the underdogs the whole time. Can  Joe Ross pitch like an ace tonight? Can the Nationals do what they did six days ago to righty Gerrit Cole when the Nats shocked the baseball world and beat him for his first loss since May 22nd.

So far home field advantage in every game has gone to the other team. It would be a good time for manager Dave Martinez‘s bats to come alive but for anyone watching these past two games the Nationals have smashed balls at over 100 mph and yesterday all five of those were turned into outs. BABIP has not been the Nats friend the last two games and that luck has to turn into the team’s favor. Sure, they got some small breaks and the only RISP hit the Nationals have had in these two home games with an infield single by Anthony Rendon off of a pitcher’s leg. That is the only hit on a 1-19 RISP slump the last two games. There is little chance you win that way.

So what does Davey do about his lineup? Howie Kendrick was inserted into yesterday’s lineup and was 0-4 with 3 K’s and 4 runners stranded. Trea Turner put 4 balls into play and was robbed once and frustrated in the other at-bats. The Nats only had 4 strikeouts yesterday if you do not count Howie’s. Twenty-eight balls were put in play and only four hits were achieved. That is a .143 BABIP which is ridiculously unlucky. The Nats only run scored off of a groundout.

Tonight’s game will feature local humanitarian chef Jose Andreas who will get the honor of the first pitch. Gates will open up four hours early as the Secret Service is preparing for Donald Trump and his family to watch this game.